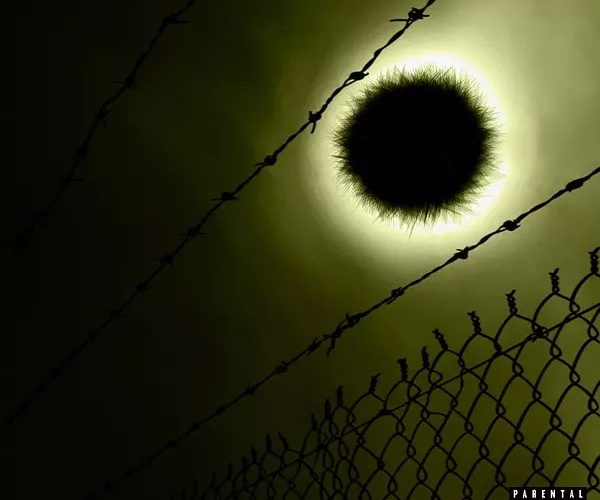 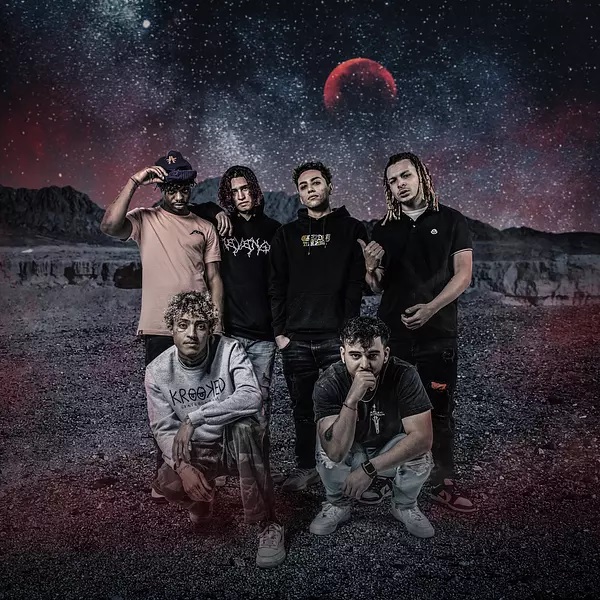 The five artists behind the West Coast group 45redline, each grew up listening to different music – everything from classic rock and grunge, to early 2000’s nu metal and rap.

Coming into their artistry, they’ve made the unique decision to fuse styles into something innovative; if I could paint a picture, it would look like the Red Hot Chili Peppers had a baby with the Migos and birthed the sound of 45redline. A sound best described as a blend between alternative, rap, and rock music.

The group released its first single in February of 2022, “NIGHTMARE,” a mashup of guitar and electronic beats with some vibey vocals. Followed by two EP’s and nearly a dozen tracks in all.

“Those were teasers,” says Blake Evan, an artist and videographer for 45redline. “They’re really a test to see what it would look like when we put all our music together for the first time. We were really proud of those projects, and I think they resemble what we’ve got going on.”

Other releases include, emo-inspired, “UPSET!”, thus far reaching 14,000 plays on Spotify alone. The Red Sun EP featured, “So Close” and “Death Letter,” featuring mypoorneighbor.  The latest EP, Dark Moon! includes four tracks and another feature from mypoorneighbor and up and coming artist, bats.

“bloodyred6,” from the Dark Moon EP, is a colorful introduction to 45redline. It’s a rage driven track that alternates between screamo and rap.

“It’s a song where we’re laying it all on the line,” says Flam Pkmn, an artist and one of the founding fathers of the group. “The song definitely brings intense vibes; The beat goes crazy. It’s more of a rager, I’d say.”

As a hobby turned into an undeniable passion, the two began reeling in other friends who shared the same love and ability to make music – including guitarist Miguel Ramirez – and by the middle of 2020, the group took shape and began to focus on developing its sound.

Interest from industry insiders and artists generated some notoriety for the group, and 45redline built on the momentum by working with Grammy nominated and award-winning producers and engineers like MILLION DOLLAR SNARE, Q MADE THE BEAT, J3M Sound, JORGE MARROQUIN and Tatum Martin.

In February of 2022, they signed with independent label PAKKMAN RECORDS.

“We all have our own sense of influence with music and so we each bring something unique to the table with our skillset and influences,” says Flam. “I’m not exactly a lyricist but I can definitely come up with clean bars, hooks, punch lines and definitely direct a beat.”

Blake says, ‘it’s all a huge team effort”. In addition to being one of the artists, he handles some songwriting duties as well as videography, photography, along with managing 45redline’s social media accounts.

Cole is one of the main producers in addition to being an artist and writer. He plays a big part in constructing the structure of their songs and handles the engineering and mixing.

The group’s name was also a collaborative effort: Flam, liked the sound of “45” and another friend liked “redline,” so they put the two together.

45redline is set to drop a full project come this November 2022, featuring new songs with sounds nobody’s heard before.

“We’ve had some snippets on social media but this project doesn’t have any songs people have heard before except one or two,” Blake says. “Most of the new fans won’t recognize it. It’s going to be exciting.”

The group says the sound will be more polished, distinct and unified.

“It’s going to be a real display of what we’ve been working with,” Cole says.

45redline will return to the stage in October for a performance at Kushstock Festival.

Make sure to stay connected to 45redline on all platforms for new music, videos and social posts.