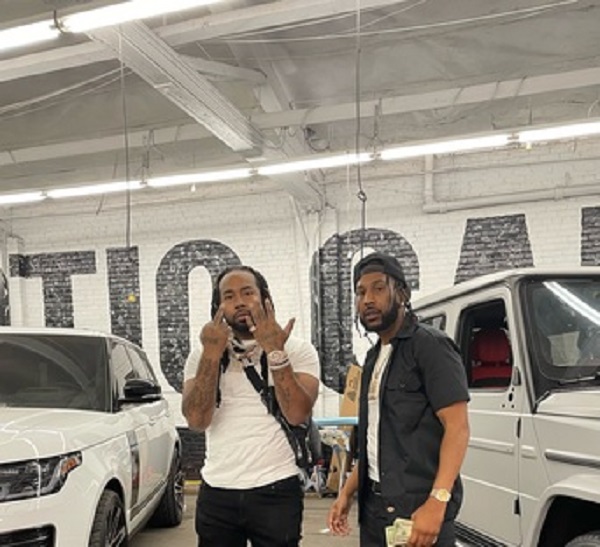 TORRENCE, CA – 504Yung is a reputable hip-hop artist whose music features a series of heartfelt stories about his life, narrated in a wonderful contrast of thought-provoking lyrics and infectious beats that keep listeners all over the world hooked and primed for more.

His latest single – “Directions,” featuring Icewear Vezzo – has the kind of vibe that would make listeners think it belongs in the soundtrack of the last Hollywood masterpiece. The video for the song reflects that cinematic quality, and serves as a perfect introduction of this fast-rising artist to new audiences worldwide. With Icewear Vezzo’s Detroit-infused bars peppering the upbeat track, the song becomes something that listeners will be putting on repeat for years to come. And it’s the perfect song to showcase 504Yung’s authenticity, vulnerability, and raw energy – something that defines each and every song he creates.

“No matter what type of beat it is, I feel like I can really bring the energy,” he said. “And it’s a different type of energy. I’m gonna make it come alive. If you’re feeling down, I’m gonna make you happy about it. I want to be one of them artists that lets people know it’s OK to go out and party. Have a couple drinks and start dancing and have a good time. I want to be that artist people can go to a show and enjoy it and not be worried about any type of conflict showing up. I’m the life of the party.”

Originally from New Orleans, 504Yung said he has always been around music. His cousin was rock legend Antonio Domino, and other members of his family also were involved in music. Growing up in New Orleans, he remembers discovering artists like The Hot Boyz and Lil Wayne early as a youth. The idea of being in music seemed natural to him, and eventually the stories that he would write as a young boy became lyrics for his songs. Today he continues to pen stories of his experiences as an individual and an artist. His determination drives him to create the finest rhythmic vibes that are both street-smart and life-wise.

In addition to “Directions,” 504Yung has an EP coming out in the next few weeks called “Rich Off Profit.” A consummate artist, he is also hard at work on a short-film of the same name … and he has a full clothing line that has been taking off in recent months.

To listen to 504Yung’s music, or to follow him on social media, please visit the following links: