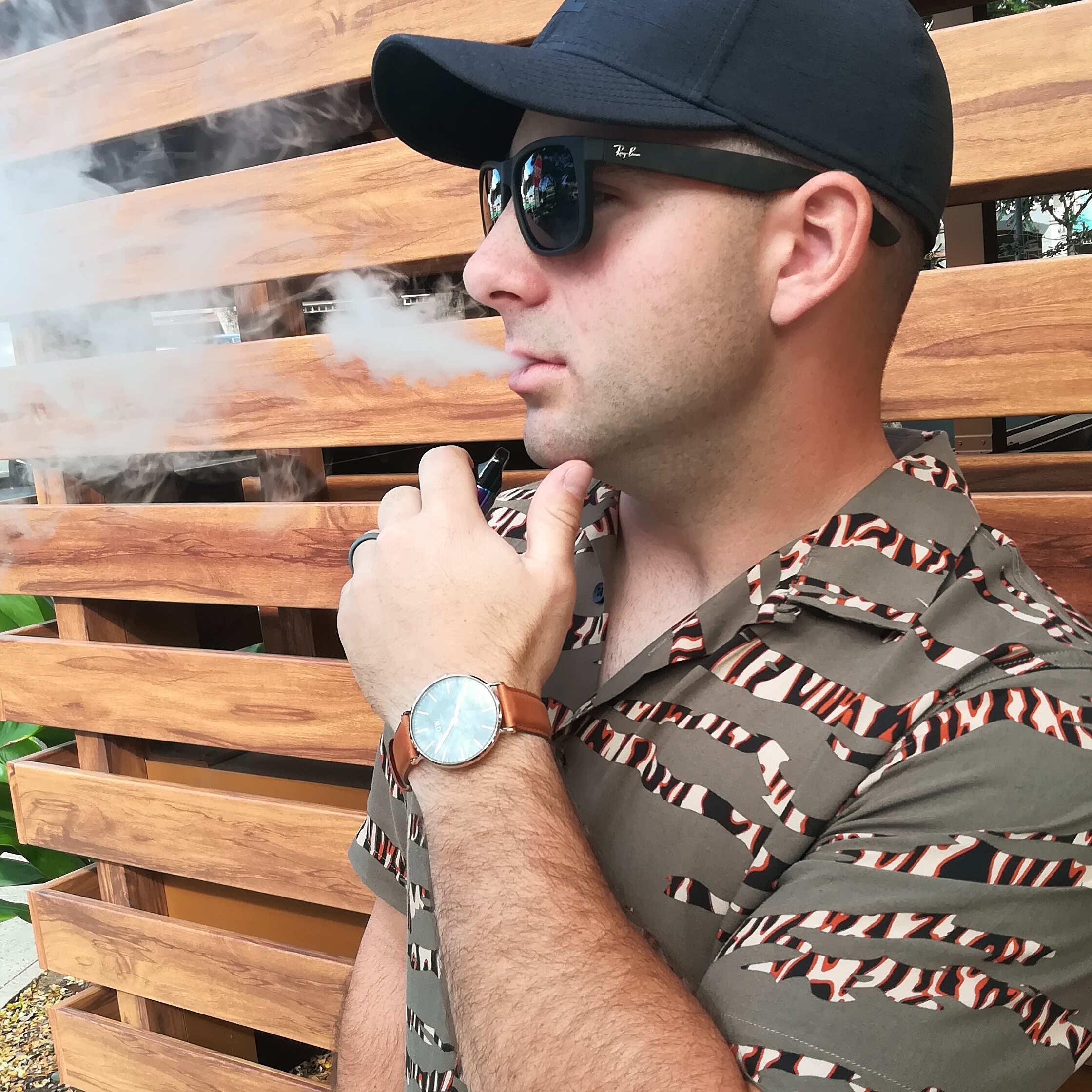 HONOLULU, HI – What you give is what you get. It’s Karma, and it’s what Beau Browning centers his life around. So it should come as no surprise that the music coming from this one-of-a-kind artist who calls himself B Karma is all about the life philosophy that he embraces.

Operating out of Honolulu, Hawaii, this full-time Marine is a rapper who brings a unique sound and style to today’s music scene. His new EP, “Call Me Karma,” puts that originality on full display.

The five-song project shows off a range of skills and lyrical prowess, starting with the wild song “Ken$o,” which stands for protecting and denouncing a hunter who kills animals for their attributes. B Karma as a Tarzan stands for their rights, rapping with the desire to aware of this cruelty still present and hoping for a better future in the protection of wildlife.

B Karma worked with Kevin Hues, a producer from Chicago, on the project, as well as his wife, Maeva Browning, who is a product designer from France. She co-wrote the lyrics to “Ken$o,” hand-in-hand with Beau like they do with their upcoming fashion brand « Maé ». Like “Ken$o,” they are willing to provide a flow of good karma. Maeva created jobs for Moroccan artisans by employing them to handcraft the products she designs. Indeed, the young designer of 21 years is really attached to Morocco. She lived a part of her childhood in that country and wanted to raise the standard of living for the inhabitants.

“This EP is all about me becoming a musician,” B Karma said. “It’s announcing the start of my career as a rap artist.”

The other songs on his EP include “Sippin,” “Designer,” “Jump In” and “Jackie Chan.” ‘Sippin,’ is a turn up song that everyone can vibe to, he said. Then there’s “Designer,” which has been the most popular track so far with a stand-out vocal and making it one of B Karmas biggest hits. He had multiple dance freestyle submissions to the song from various parts of the world. The song talks about his wife and her job of being a designer and all the different aspects of creation that the word designing means. “Jump In” is a party type song that puts the listener in a good mood, and “Jackie Chan” is an upbeat song with a repetitive hook that will get stuck in the listener’s head.

B Karma’s music is already getting the kind of attention that most artists only dream about. To date he has more than 70 million plays on his Soundcloud account, and his mixtape on Datpiff was named the Best Mixtape of the month. He’s been featured in multiple music publications, and he’s recently become Google and Spotify verified – breaking 50,000 streams within his first week of release on Spotify.

He said he hopes people will hear his music and not only enjoy the sound, but be challenged to live a lifestyle that encourages them to send out good vibes to the world. With the idea of Karma as a backbone to all that he does, he said he hopes his music will drive the kind of goodwill that will help make the world a little better.

“There’s no Marine out there technically doing what I’m doing,” he said. “I’m doing what I believe in and what’s right, like a do by serving my country and protecting it. Karma comes back at you hard – you give what you get. You have to give people what you want to get back in life, and you can’t take anything for granted. That’s my message, and it comes through a different sounding voice that’s more unique than the average rapper you hear on the radio. You could call it chill, but also energetic. It stands out among the crowd. It’s high-quality, and it definitely comes down as the voice of an artist.”

Karma is already working on a new single which will come out really soon. The artist didn’t wanted to talk much about it and keep secret this new trac « It’s going to be a new turn on my career » « I’m putting the level hire and have a new evolution in my work ». The only thing that we know is that it will be in collaboration with a singer. So be ready for this new banger to come out!!

To listen to B Karma’s music, or to follow him on social media, please visit: