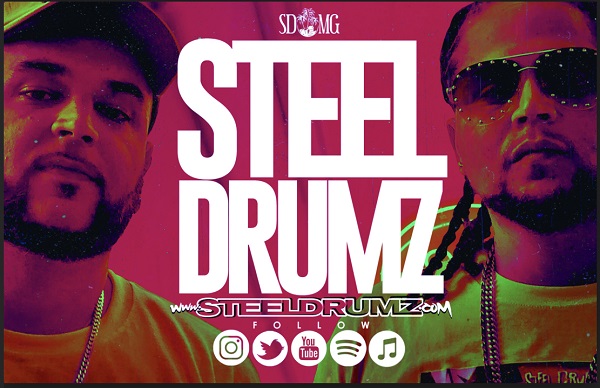 Tweet
One of the hip hop games’ most diverse and interesting duos is back with their second full length album. The Argentinian and Bahamian one-two punch, who have made their roots in Miami, deliver a 13-track project full of “Gorilla Smackz”, pun fully intended!
With Miami legend Tony Castillo AKA Gorilla Tek at the helm, providing production throughout the entire project, it’s safe to say that they maintained the same chemistry as they did on so many stand- out tracks from their self-titled first album. As a founding architect of the Miami sound, having worked with the likes of Rick Ross, Trina, Grind Mode, Ball Greezy and a plethora of other Miami artists, it would be easy to try to put Gorilla Tek’s sound in a box, but not on this project.
While there are signature records like the infectious ‘Vibin” or ‘PT PT’ featuring Miami Legend McKlezie, the guys show their love of all sounds including East Coast where Steeldrumz find themselves on a boom bap track with two of the games’ legendary wordsmiths, Termanology and FAME of M.O.P.
Additional features on the album include Yogi Calhoon, a Bay area staple on the braggadocio upbeat ‘Swish’, DJ Killa K and Annishka on the sexy ‘Cocowater’, which is sure to heat up the gentleman’s clubs up and down Florida and Lace who provides sultry vocals on the album’s final and most serious cut, ‘Payola’.
After a complete listen of the album, there is no doubt the chemistry is there amongst the two artists and the producer. Purchase the brand-new album by Steeldrumz, entitled ‘Gorilla Smackz’, Executive produced by Steeldrumz and Gorilla Tek on all digital platforms now. 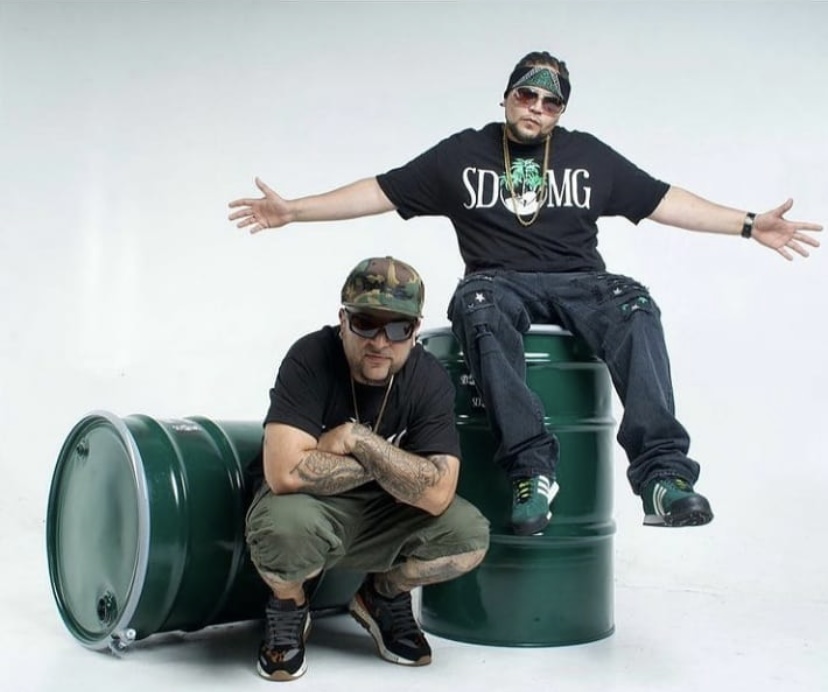 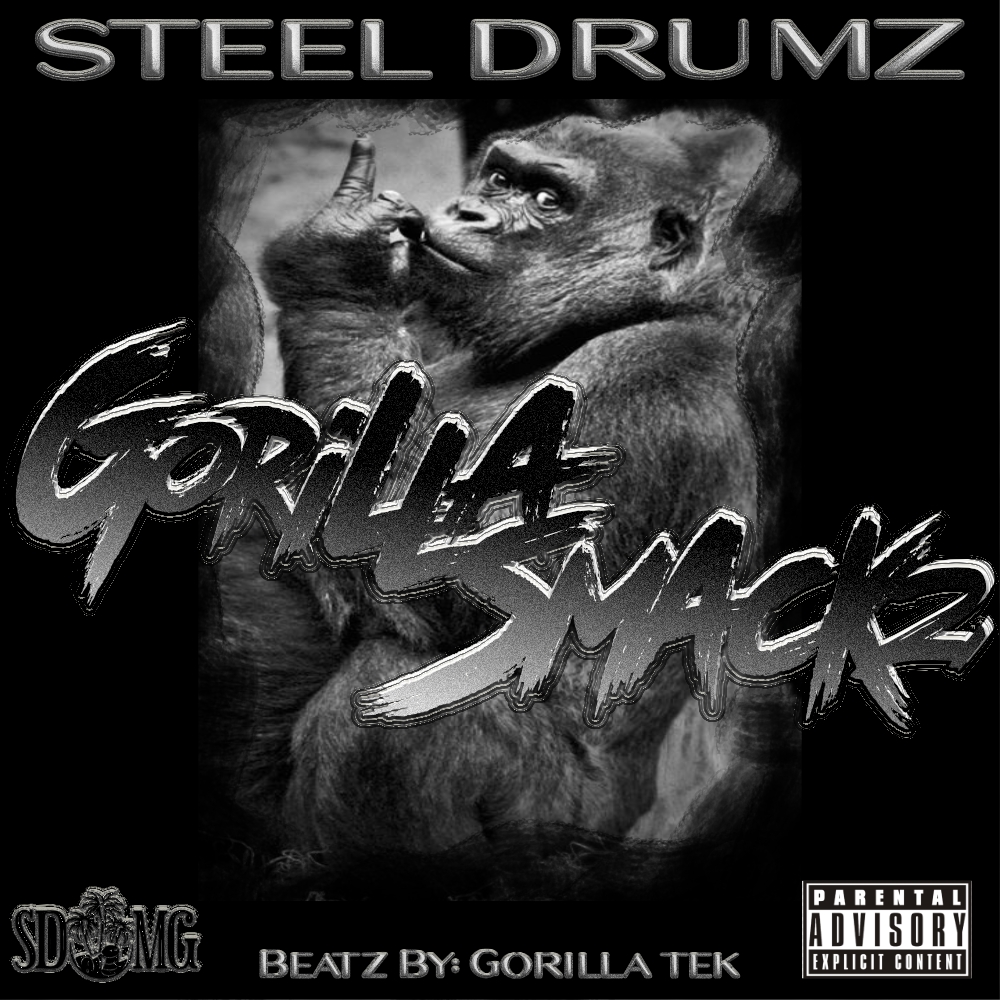 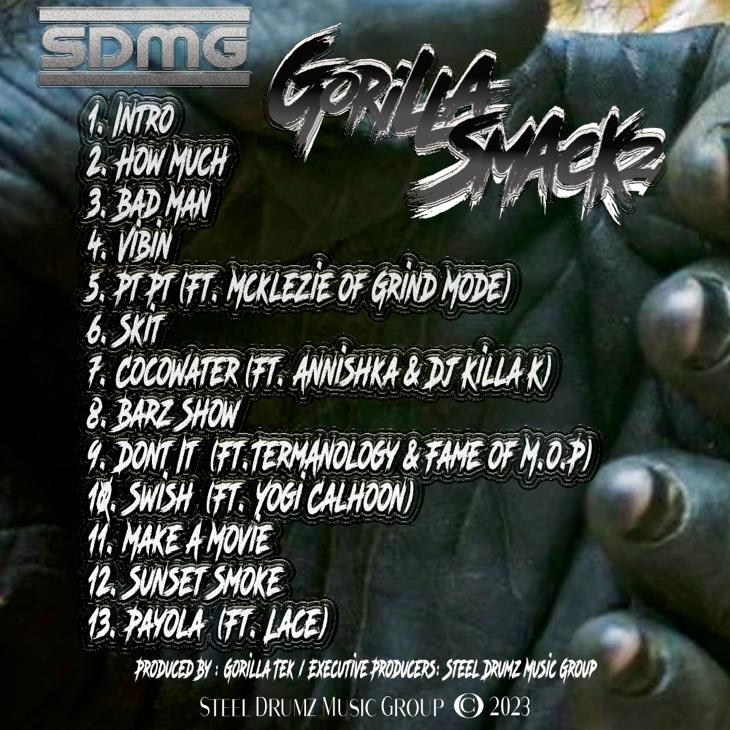 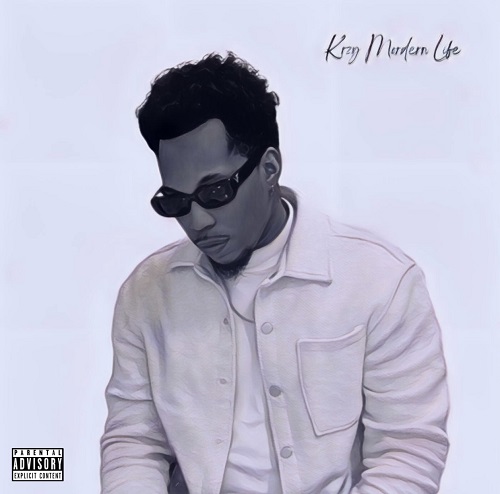 Tweet
Born and raised in the Bay area, and heavily influenced by his family along with the daily adventures of everyday life, alternative hip-hop artist, Kam Krzy is a definite force to be reckoned with! With five years in the game, he is focused on making efficient and consistent moves in the music industry and is dedicated to setting himself apart from his peers. His decision to start his own record label, and maintain his publishing rights are just some of the way that he has committed to staying true to himself, his talent, and his artistic vision!

The music behind his mindset can be experienced through his latest project entitled, “KRZY MODERN  LIFE”, which highlights his perspective of life, from the beginning of time to the modern-day antics of life as we now know it. Kam Krzy would like to formally shout out, D.Rose, Boy. E45, Gr8tness, Till, Ricardo Scales, Haqq Shabazz, and Chris Walter, for their roles in helping with the completion of this project.

2023 holds a lot of live performances and new releases so be sure to tap in with Kam Krzy and get acquainted with the movement! You can find all of his content, as well as contact information on his website kamkrzy.com. Don’t get left in the dust, because this artists certainly will not disappoint! 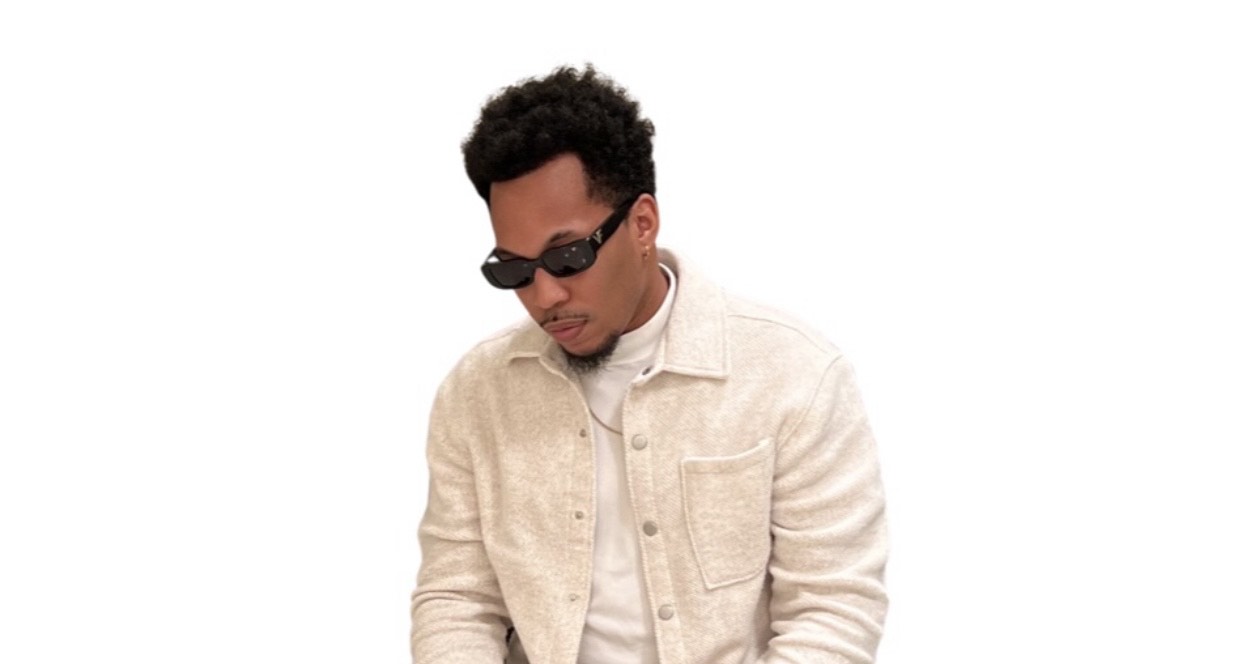 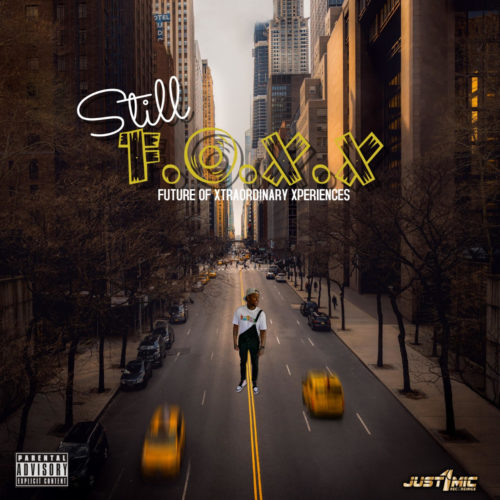 The Future of Xtraordinary Xperiences has arrived!

Moncton, Canada artist and songwriter Foxx is back on the scene with his highly-anticipated new album Still F.O.X.X. The project consists of 19 tracks and showcases Foxx’s versatility and growth as an artist.

Over the years, Foxx has released numerous bodies of work; singles, albums, mixtapes, collaborations and features. No stranger to hard-work and consistency, Foxx has 10 years of audio engineer experience and over 15 years of experience as an artist and writer. He is a college graduate with Honors in the field of Audio Recording & Production and takes his craft very seriously.

Foxx enjoys creating music that ranges from many genres and styles of music. However, his passion is music rooted in Hip-Hop & Rap music with hints of Soul, Pop and R&B. In 2019, he founded an independent label, Just One Mic Recordings, INC., which is the home for his latest melodic masterpiece.

Stream Still F.O.X.X via Spotify below. 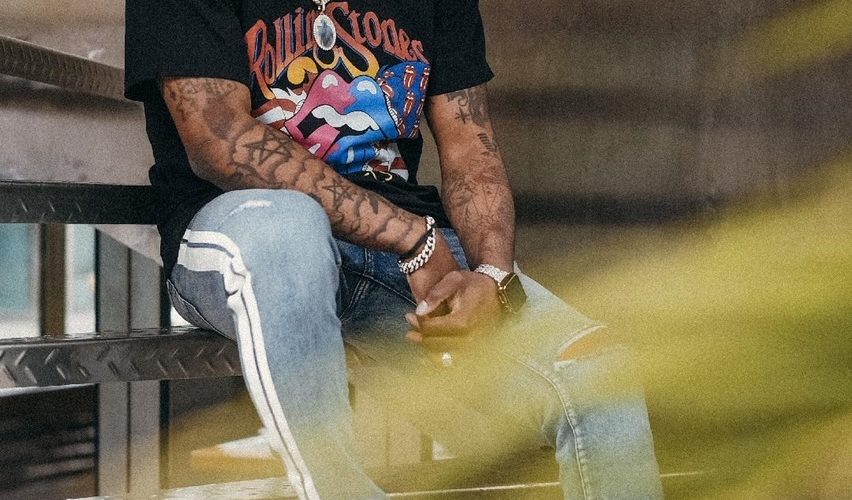 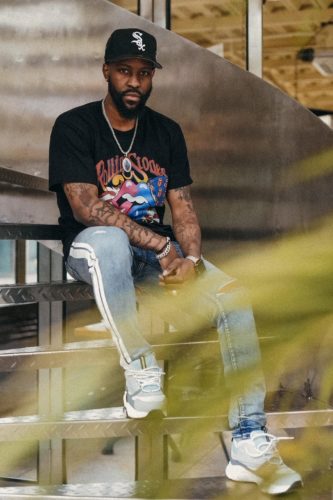 Rapper Cee Armel; born in New Brunswick, New Jersey, has been making significant strides in the International Music Scene since his 2017 move to the Far East.

His silky delivery, vivid lyricism as well as his unique ability to switch up his flow with ease are just some of the reasons fans gravitate to his sound. A member of the New Jersey based “Lets Roll Records” imprint since 2010, Ceez as he’s colloquially known, has adapted greatly to the ever changing sounds in music. Look for Cee Armel to continue to build on his already solid catalog with his 2022 project ” Cee The World 2″

“Cee The World 2” is a celebration of all of my wins (and losses) over the past 5 years. I personally feel I’ve gotten better with each previous release, but when I locked in and started crafting CTW2 I really put my stamp on it. I allowed myself the necessary time to perfect my sound as well as push some boundaries. I was way more selfish in studio sessions, picker with my beat selection, and I also challenged myself to not settle. I tried my best to bring the listener along for a first hand view into my mind as an artist. If I can say so myself, this is my best body of work. Tap In!! 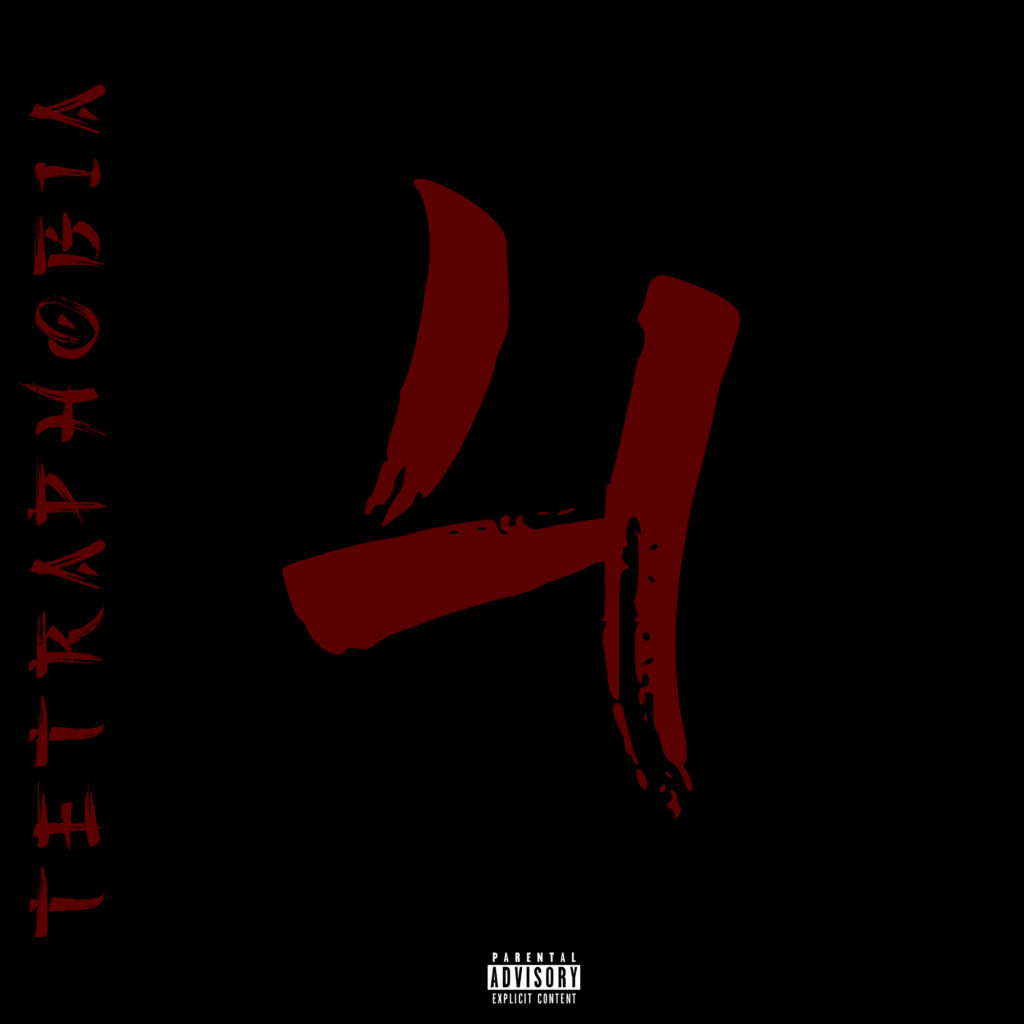 Fear 4 as ‘Tetraphobia‘ contains straight pressure. This album has an impact that most can relate to being that he plays in the NBA and is now showcasing raw talent by letting you into his life!!

He locked himself in the gym and the studio with oohthizaezbeat
who helped elevate and channel 4 to where the industry should take notice! All in house production 4DHOUSE 4DATEAMTHO!!

Deeply connected in Houston throughout. From 4th ward to Southwest to Mo City to Philly!!!

Check out the album 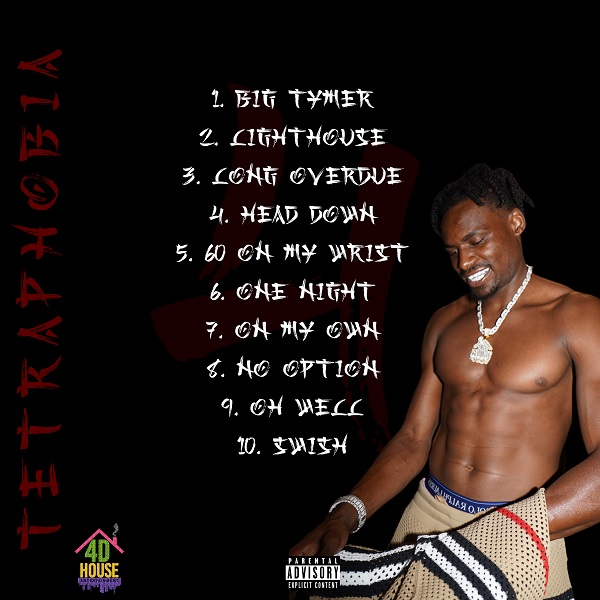 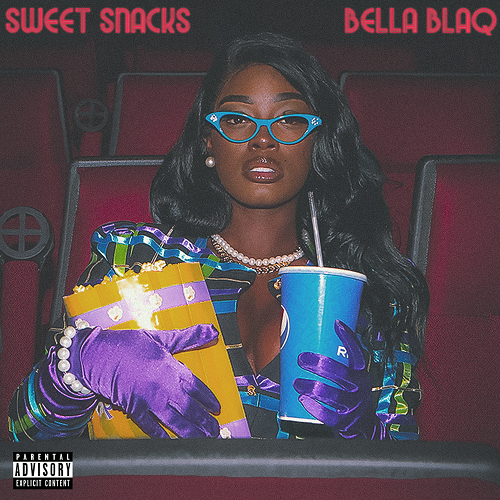 Hip Hop has a way of showing the world that there is more than one way to showcase talent and opens up the doorway to try different things in many different avenues. Music can affect you differently and depending on how it affects you will determine how well the music is received. So, what happens when the music you receive is everything you expected?

Bella Blaq is a hip hop artist from Blakely, GA who since the age of 14 knew that music was something that she wanted to take seriously. Developing her style over the years led her to stay focused, patient, determined and most of all consistent for 2 years where she finally released her album “Sweet Snacks” August 16th, 2022.

Sweet Snacks is a 16-track project that gives you flavor, reality, bounce, excitement, and surprises all mixed into one. When you think of Sweet Snacks you may assume everything has similar flavors all with one unique taste. Not Bella Blaq, with every song starting with her recipe Intro she gives you different surprises and something you truly need to hear.

Teaming up with Multi-Platinum producer Epikh pro she put together a great project. Lyrically giving you jewels, bars, great concepts, and most of all variety. This is while staying in line with her recipe theme throughout the project. Songs like Drowning, Bubble Gum, Whatever U Need, & Whoa show how great she is.

Bella Blaq is not playing any games and for us she is Grynd Certified, and with that said stream “Sweet Snacks“ on all digital platforms. 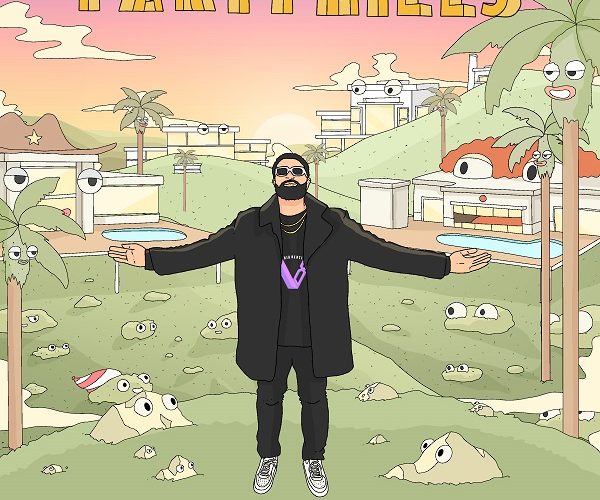 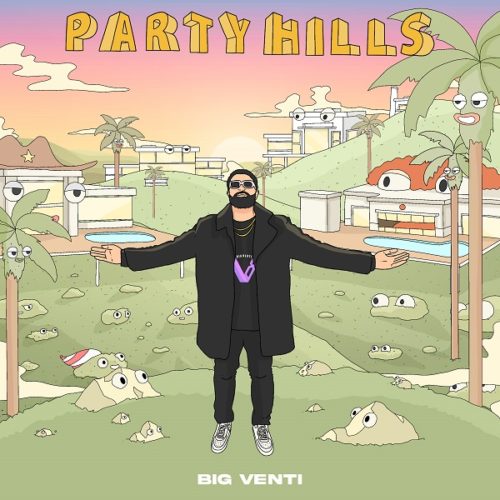 BIG VENTI just dropped his highly anticipated new album “Party Hills”. This is by far the hottest album of the Summer!! BIG VENTI came up with the name of the album “Party Hills” as a nickname for Hollywood Hills. Most people in LA go to mansion parties in the hills when they are done clubbing. His new project is one big party in itself.

BIG VENTI’s new album gives an inside look into the lifestyle of the Hollywood entertainment industry. There’s never a dull moment on “Party Hills”.

The album kicks our speakers over right off the bat with punchy hip-hop drums alongside sharp, bouncy synths that take the album to banger status within seconds.

BIG VENTI’s music will pump up any party with his confident bars and ultra-charismatic performances.

The talented artist brings his big boss energy in this thrilling album, while showcasing his vocals and versatility with catchy hooks that carry the instrumentals to create the perfect sound.

His dominant, yet smooth, flow on “Party Hills” drenches us in the utmost swagger, poise, and artistic relevance.

Check out “Party Hills” now and follow BIG VENTI on social media below for his latest releases. 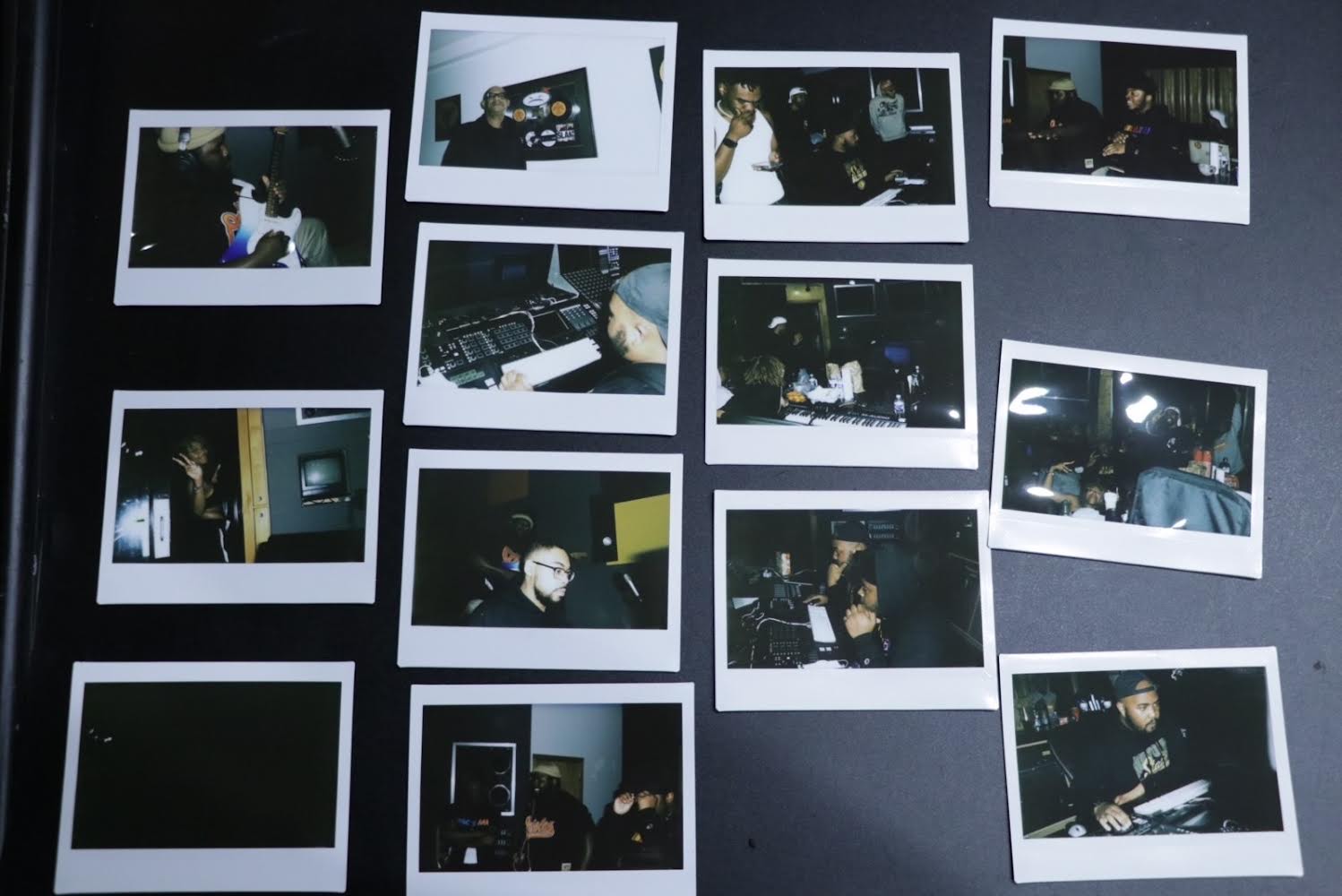 I’d like to introduce you to ThingsGetBetter, a collective of passionate and talented artists from all over the DMV area who met through the music department of Norfolk State University, in 2019. Currently consisting of eight artists, four producers, and two engineers, they have garnered over 1 million independent streams, and have shared the stage with some of the biggest artists of our time, such as G Herbo, Lil Durk, Megan The Stallion and more.

With music ranging from alternative Hip-Hop to Rnb, and a wide array of musical influences such as, Wu Tang Clan, Outkast, Kanye, Erykah Badu, H.E.R, and Chris Brown, ThingsGetBetter is committed to capturing the best energy, and the highest vibes while making music that they enjoy. Engineer, George Mayers is specifically credited for his guidance and support for their creative process so far.

Listeners can expect a good amount of releases from each of the individual artists of ThingsGetBetter, this year and ultimately a group project is also in development! Keep your eyes peeled and your ears open for the latest and greatest from this promising group, there is much greatness we can expect from this movement! 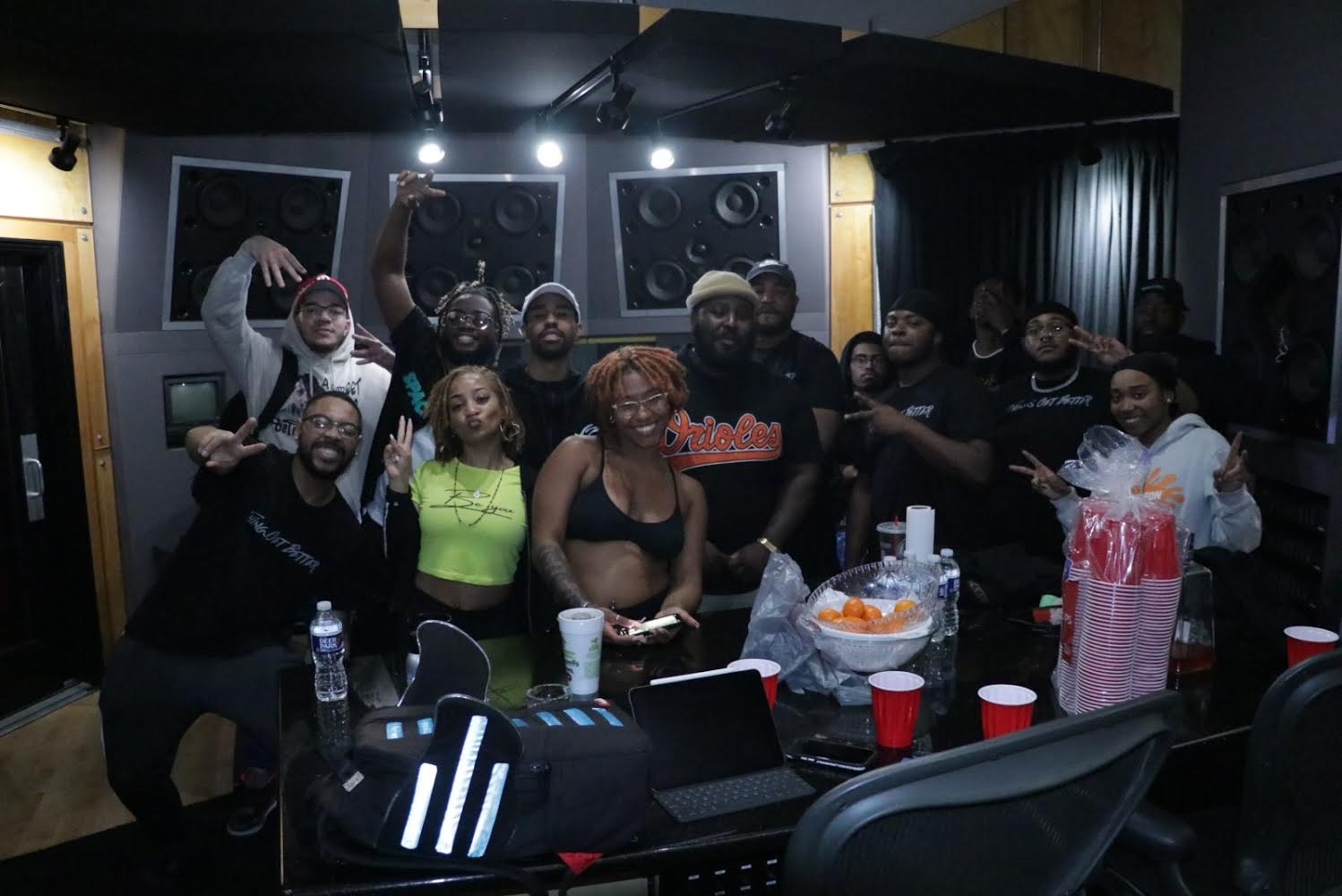 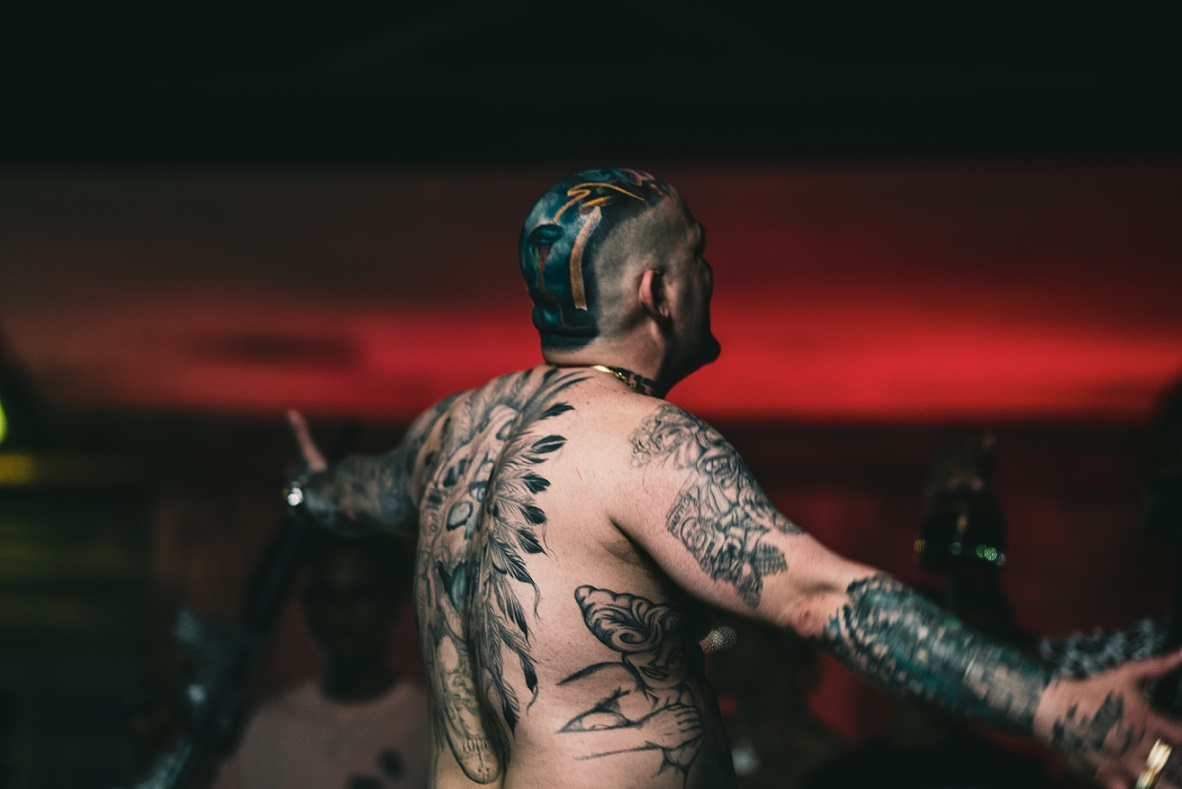 Adjnamedroach, born Bryan Andrew Dunn, is a Florida-based artist who is quickly rising to the top! Adjnamedroach, also known as Roach, creates music for those who have experienced the struggle and overcame it to become successful. The talented artist is now one of the most recognized names in the music industry.
In 2020, Adjnamedroach released his hit single “WTF You Want”, which quickly accumulated over 100k+ views on YouTube. Following the success of his last release, Adjnamedroach dropped a pair of projects titled “I AM WHO I AM” and “No Pen, No Pad Tingz”. He quickly gained over 2 million streams on Spotify.
Adjnamedroach’s music reflects his real life experiences. Having had prior run-ins with the law, Roach was named as a person of interest in an investigation regarding a North Carolina drug ring. He was eventually arrested by US Marshals in South Florida, in June, 2020. He was extradited after 14 days to North Carolina and immediately posted a $250,000 bond.
At the age of 18, he was sentenced to 10 years in prison, and he passed the time by honing his lyricism, finding his sound, and rapping with fellow inmates.
Following his release from prison, he dropped his debut EP, “AEPByRoach”, and soon after aligned himself with the legendary Atlanta DJ Scream for the release of his sophomore EP titled “Don’t Come For Me”. Since then, Adjnamedroach has been a staple in the South and has continued to gain respect from some of the South’s best artists and producers. From a life of pain, he seeks to gain success, and make life for himself and others even better.
Adjnamedroach is currently set to drop his new album “Never Go Back” this month, which features several hit singles with major artists including Trick Daddy & Turk from the Hot Boys. For more on Adjnamedroach and to get music updates, follow him on Instagram at @Adjnamedroach 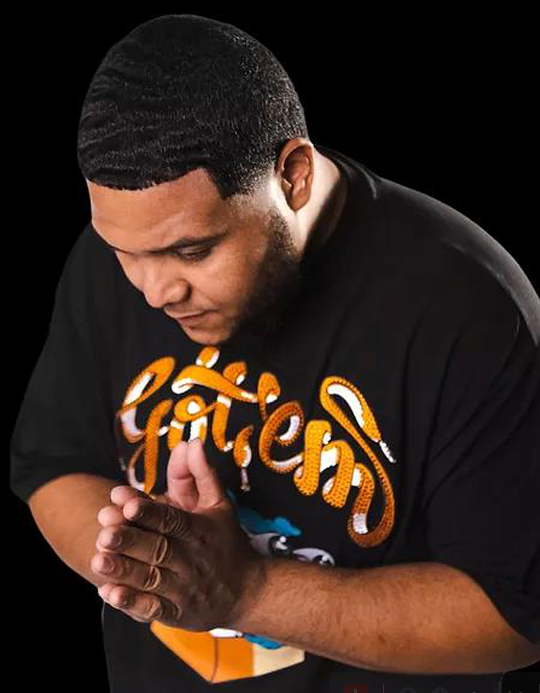 Influenced by some of the greats such as Jay Z, J. Cole, Rick Ross, Cyhi, and Shawn Jay, JRealityG will always be authentically grounded. The realism in his voice will take you on an expedition of culture, laughter, and a renewed desire for musical expressions.

His mixtape has been released entitled Don’t Stop Grinding and is making a lot of noise. Look out for this sensation. 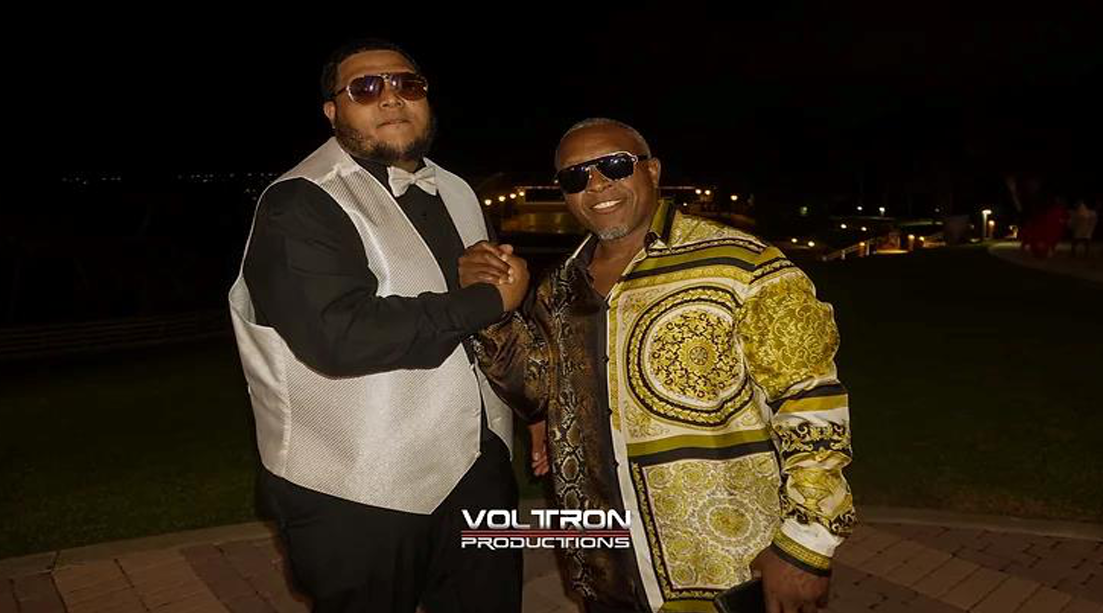