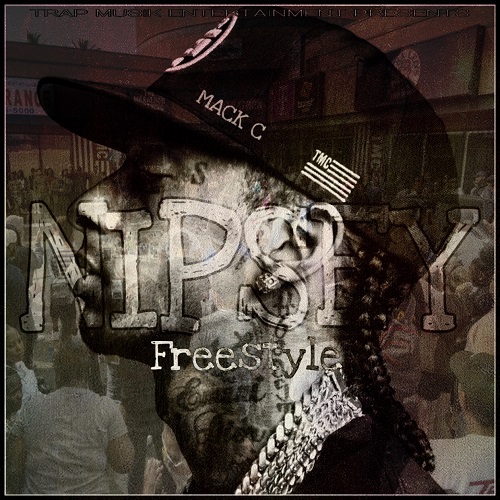 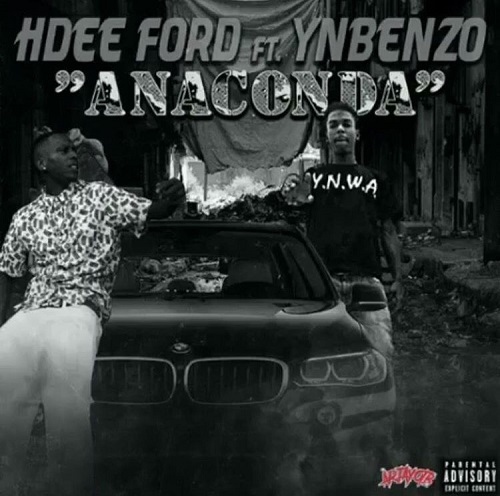 This song about having the game wrapped up like a anaconda
We win not loosing #lamovement
Prod. A On the beat 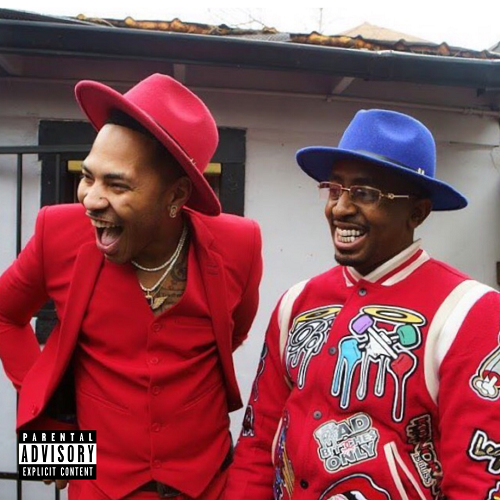 Clay James and A Pimp Named Sweet Tooth aka Southern Playas, released a new record entitled “Count Ya Blessings” produced by C-Walker. This is a dope, motivational, & lyrical savvy song that the two felt was needed in the world right now due to the recent loss of LA rapper and philanthropist Nipsey Hussle. This song can be found on all digital streaming platforms through EMPIRE Distribution. Clay James is performing live on 4/20 in Savannah, Georgia at Island Breeze for the Backwoods Selected Concert. Other acts include: Lil Slabb, Hartbreaak, Killah Qua, Top Boy Mari, Toon Mama, MP Bankroll, Kappin Kennn, Ajaye, and Mack Styles.

PENSACOLA, FL – Bre Lee grew up on the east side of Pensacola, Florida – a part of town that she said is filled with nothing but bad kids and bad influences. It’s what she came from, and that wrong crowd influenced her in ways she isn’t always proud of. But now, her whole life is switched around and she can thank music for it.

For the past three years, Bre Lee has been creating music that cuts to the core and makes people take a second look at their pre-conceived notions. Her first mixtape, “Guilty By Association,” gained her major attention throughout the South as it explored real-life situations and everyday struggles. The project took an unabashed look at the good and bad of her life – from her arrest to her brother being shot, and how her love of music brought her through such difficult times. And following the success of that project, she’s set to drop a follow-up mixtape this April with “Guilty By Association 2.”

“This one, I switched up the flow in ways that I think will grab more attention,” she said. “It’s music for all crowds and it shows off how I can rap and sing, and I don’t use auto-tune. I don’t sound like other artists coming out of Atlanta, and I can switch it up whenever. I’m very versatile.”

When listening to her music, most people will notice right off the bat her deep southern drawl. When listening closer, fans will discover an incredible lyrical flow with a witty wordplay that is simultaneously catchy and convicting. The single, “IDFWY”, is a perfect example of this. This debut single from the upcoming mixtape is an up-tempo song that Bre said is guaranteed to grab people’s attention.

“It’s about not hanging with the crowd you used to hang with because they’re not on the same page you’re on anymore,” she said. “It’s about making that hard choice to walk away – whether it’s because they’re not supporting you or they hate you because you’re not where they want you to be. It’s a great song to show what I want my music to be about. I want to let people know that whatever they’re going through in life, they should not give up. Keep going. There’s always someone going through something worse and no matter what you’re going through, you can always make a way out of it.”

In addition to music, Bre Lee is pursuing other entertainment business avenues including a clothing line called GMP which stands for Get Money Pro.

“You’re a hustler, no matter what you do,” Bre said. “GMP is about doing whatever you need to do to get some money by any means, regardless.”

Bre said she’s excited for people to become part of the GMP brand and to enjoy more of the music she’s preparing to release throughout the year.

To listen to Bre Lee’s music or to follow her on social media, please visit: 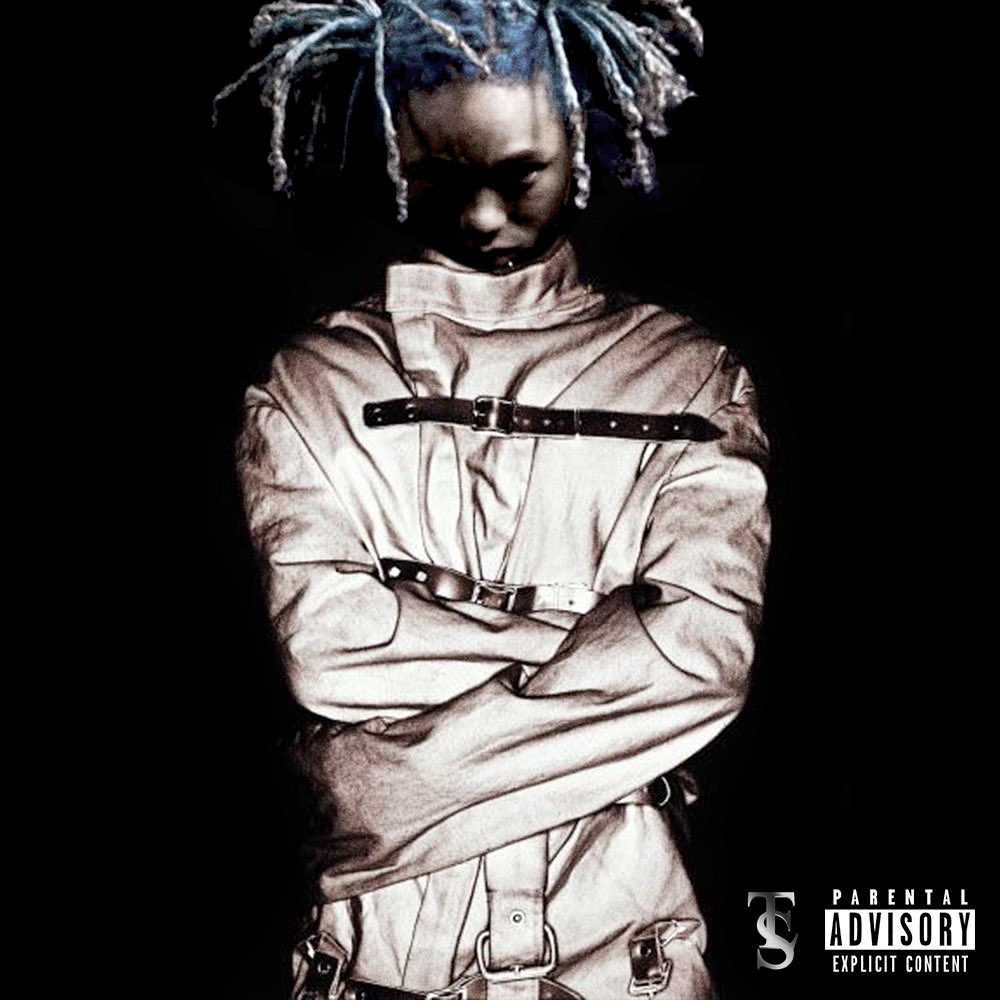 Check it on Soundcloud
https://soundcloud.com/yokotwazy/3rd-degree-burns/s-VuPH0 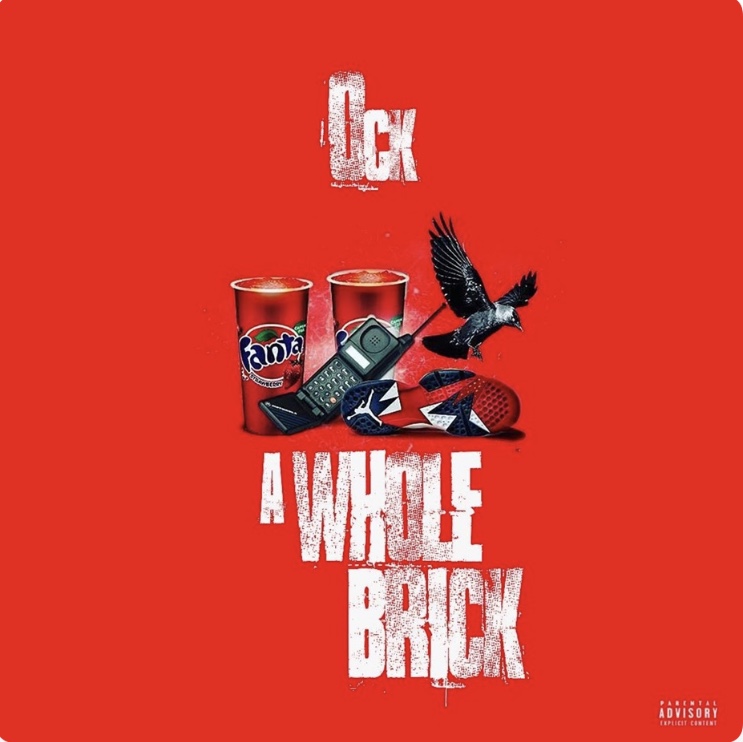 Savannah based rapper, Ock, releases two new singles, “Crazy Rockstar” and “Whole Brick”. Although he just started rapping last year, being close friends with up and coming artist Quando Rondo, has showed him a lot about the industry. Ock is far from new to the music scene. He is seasoned in the studio but works hard to continue perfecting his craft. Ock writes as well as freestyles his lyrics. As of lately he has become more comfortable hopping in the booth and recording whatever is on his mind at the moment. This genuine and at times comical display of creativity allows listeners to connect with his personality, therefore making Ock’s music more personable. His memorable hooks and melodies are well calculated. Both “Whole Brick” and “Crazy Rockstar” give off high energy, positive party vibes. Overall Ock strives to meet many goals towards becoming a successful recording artist. Stay tuned for his EP “Graffiti On The Wall” coming soon! In the meantime follow Ock on social media & all streaming platforms. 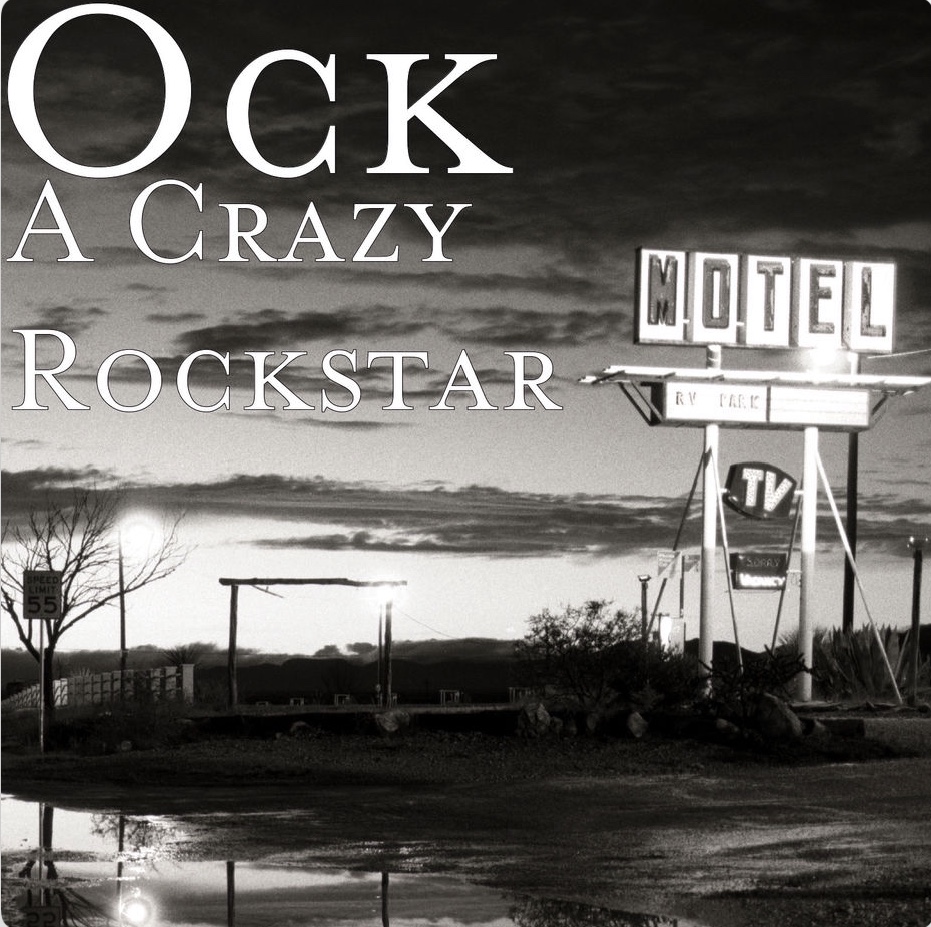 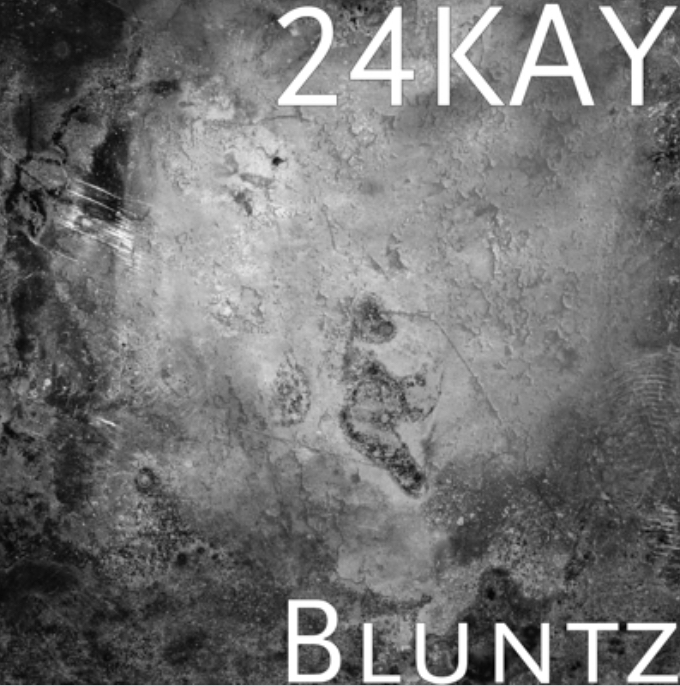 CHARLESTON, SC – Kendrick Fludd – better known by his stage name 24Kay – is an artist best described as a smooth street dude. His impact on the music industry is unique and creative because he’s one of those public figures who play under the radar. But hip-hop’s best kept secret won’t be flying under the radar much longer once his new EP comes out.

“Kickin’ New Flava” is a five-song project that 24Kay describes as “fresh and new.” Collaborating with long-time friend and music producer Demar, 24Kay has created a collection of songs that are sure to make people hit “repeat” over and over. They’re songs people can party to and vibe to and ultimately come with a sound that 24Kay said “nobody has ever heard before.”

“I know the ins and outs of the streets – what to do and not do, or who to talk to or not talk to,” 24Kay said. “But I’m also quiet and nonchalant. That’s why I think of myself as a smooth street dude. I can express myself in a brutally honest way, but also in a joking way. And I make music that people can party to and that can influence them in a positive way. I’ll never be negative. I’m always having fun with it. I’ve been through a lot and cleaned myself up and I think a lot of what people can learn from me through my music.”

24Kay’s journey toward professional music started at age 9 when he would listen to his step-uncle, a professional musician from Baton Rouge, Louisiana. The more he listened to his step-uncle’s music, the more he felt drawn to music. He knew it was something he wanted to do and by sixth grade, he was writing his own rhymes. But coming up, he didn’t have much support and help with his music career. He found a way out of Lithonia, Georgia, where he grew up and where the majority of his life struggles originated. Once he got out of that area, things started to pick up. Eventually, he reconnected with his childhood friend, Demar, and they literally created their first song together on the first day they reunited.

Since that time, they’ve worked hard on more music and 24Kay said he’s proud of this new EP. The first single from the project, “Bluntz,” is already getting some major recognition from fans and is trending on Spotify. True to its name, the song is “something you smoke to,” 24Kay said.

“The hook is really catchy and the beat is amazing,” he said. “It’s diverse and a lot of people like it. But at the end of the day, it’s definitely a song you can smoke to and party to and vibe to. It’s a good song all around.”

To listen to 24Kay’s music or to follow him on social media, please visit:

“See How It Is”
http://billboardsound.com/24-kay-see-how-it-is-official-music-video/ 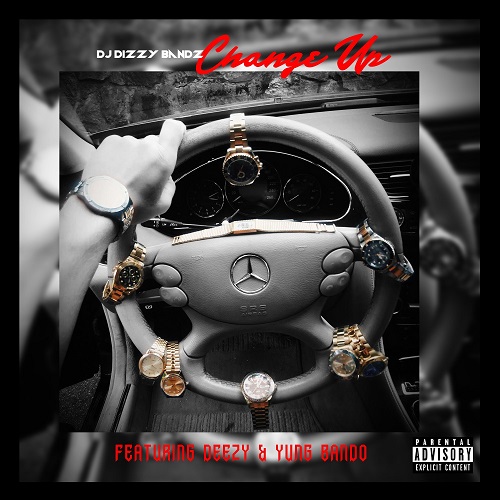 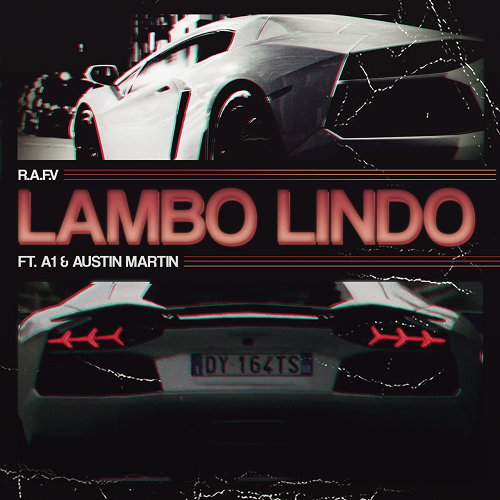 20 year old Peruvian Rapper/Singer R.A.F.V teams up with Recording Artist A1 and super producer/artist Austin Martin to deliver a brand new Super Hot Record “Lambo Lindo” right in time for the summer! R.A.F.V reaches into his latin roots with this one. The songs starts with R.A.F.V’s ear catching Spanish lyrics, along with A1’s catchy word play and Austin Martin’s mesmerizing hook & hard hitting 808 track, which bring this song all together. 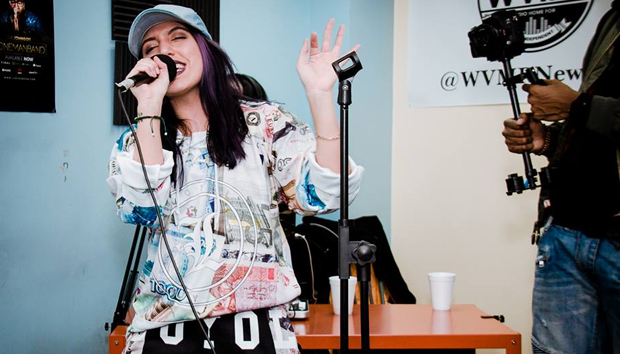 The NY Artist ‘Vita’ Comes Thru With New Single “FROZEN”

Vita aka ‘Vita Got Soul’ is a very creative songwriter and an amazingly talented singer from Yonkers, New York. She came up on real hip-hop and soul music, hence the name as Vita Got Soul. Vita has just released her newest reactors titled “FROZEN”. This is a follow up to her previous track “Can’t Turn Away” which was featured on ThisIs50.com.

Vita aka ‘Vita Got Soul’ is bringing the flamez with her new single FROZEN. Its a soulful cut, with that laid back 90’s RnB, slow music vibe. Check some lyrics from the Yonkers, NY songbird: “Titanic, I know I’m going down & what kills me is I’m the one who made it out. #frozen”

Check out her new joint FROZEN on Sound ☁️ today! Get in tune with Vita on social media, her IG/Twitter is @Vitagotsoul or hit the links below!