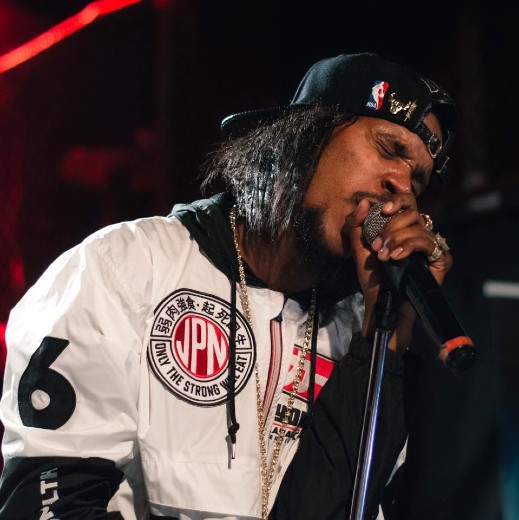 Chicago Rapper Taco Releases New Album “Underrated”
Passion, hunger, determination and consistency are just a few words that come to mind when you hear of Chicago Rapper Taco. Taco was born and raised in the rough streets of Chicago on the Southwest side in a housing project called “LeClaire Courts,” which isn’t known for its grittiness. Many people call Taco “The Diamond in The Rough,” because of the success he’s had in his music career, despite coming from such a tough environment.
Taco is the latest to grab the attention of music industry insiders. The main thing that sets him apart from his peers is the variety of music he offers. Taco literally has a song for everyone. He’s one of the most versatile artists in Chicago. Taco rose to regional prominence thanks to the success of his song “Stayed Down,” a street banger that impacted well at radio. With other songs like the catchy “Never Change Up,” he’s already proven that he has a variety of styles at his disposal. He makes songs that people can relate to and he proudly carries Chicago on his shoulders.
Taco built his name by headlining and selling out concerts at numerous major venues in Chicago. The period of 2018-2019 was successful for the rhyme slinger  due to the fact that he had 11 consecutive sold out concerts in venues such as Wire, Bottom Lounge, Reggies, Subterranean, Bourbon On Division, Club Red, and JC Martini Club. He even had a concert on the “Summers of George” Boat.
Equally important, Taco also sold out his dream venue The House Of Blues in 2019 with 1300 people in attendance. In late 2020 Taco inked his first major deal with “Sony” (The Orchard). His newly released album “Underrated” is why we’re here! The critically acclaimed album is now available on his official website: www.TacoMusicOfficial.com
Stay Connected with Chicago Rapper Taco:
Official Website: www.tacomusicofficial.com
Instagram: www.instagram.com/its_tac_baby
Twitter: www.twitter.com/Taco_Da_Artist
Facebook: www.facebook.com/TacoMusicOfficial