CHARLOTTESVILLE, VA – East Coast twins Cortez Jamar and Tuezday have put their musical talents to work with full effects this summer, dropping what is set to become one of the season’s hottest EPs. The project is called “Mami Wata” and it is tailor-made as a vibe perfect for all those summer activities – neighborhood barbecues, beach side hangouts or backyard pool parties.

Set to drop across all streaming platforms on Aug. 7, “Mami Wata” has already started getting major attention across the East Coast thanks to its hot debut track “Party Girl.” The number of plays on the song is climbing into the tens of thousands after having only been recently released, and as more buzz surrounds the song, the twin’s popularity is sure to grow. Featuring a Pop/Rap sound that blends R&B influences, “Party Girl” is the kind of popular sound that could easily be heard on the radio. And with lyrics that cater to the ladies, it’s a song that is sure to cross multiple demographics.

“We’re just trying to show our versatility,” Tuezday said. “We want to show people our expertise and lyricism. We want to do more Hip Hop stuff but also more slow soulful funky type Ballads. With this song, it’s mainly R&B with a Pop crossover and with hints of Rap in it which fits in line with the kind of music we want to bring to the world. That said, we are looking to expand our musical styles and create music influenced by Hip Hop, Soul, Jazz, EDM, House and Alternative.”

Following “Party Girl” is an R&B feel-good song called “Only You.” It explores the feelings that come when you’ve found the perfect person – that special person in your life. Both Tuezday and Cortez say the song was inspired by their own relationships. That’s also true of the Dance/Trap single “She Bad” which Tuezday said he wrote as homage to women.

“It’s a Rap/Trap instrumental that I performed about uplifting women,” he said. “It’s about a woman who has all of her things together. She’s independent and she’s got her own money and is very self-sufficient. She’s a woman with natural hair pursuing her natural beauty. It’s about elevated women – women of color – showing that they’re representatives of our culture and doing their thing and we’re recognizing them for being independent and doing their thing.”

Also on the EP is a song called “Ocean” which Cortez said is more explicit than any of the others on the project. He said it uses the “bodily fluids” of a young woman as a metaphor for making waves when two people who complement each other come together.

Cortez said that island vibe is really at the core of the EP, which is reflected in the title of the project and its main single of the same name. “Mami Wata” is an African name for a bad girl who is also fine, Cortez said.

“She’s a deity in African culture that is related to a powerful or abundant force,” he said. “With this entire EP, we’re trying to encourage and uplift a female audience. So this EP is directed more toward the females, though we’re looking toward pushing it toward a mainstream audience. It’s mainly R&B with a Pop crossover, with hints of Rap in it.”

The brothers have always shown an interest in music and performed alongside their older brother, Will Trust, doing positive spiritual music in churches all up-and-down the East Coast during their teenage years. After high school, they got more serious about their music and at age 21 decided to step into a studio and record music for the first time. It was the next step in their journey, one that had been honed in the middle school band – Tuezday playing trumpet and Cortez playing percussion. They learned the basics of music and have taken those fundamentals with them in the years since, expanding on them and experimenting with different sounds and styles until they found their own unique signature.

Their disparate influences display how they use inspirations from different genres and use those things to fuse together such an original sound. Tuezday’s influences include artists such as Ma$e, Notorious B.I.G., Ja Rule, Wiz Khalifa, Lloyd Banks, Nipsey Hussle, Curren$y, Soulja boy, The Underachievers, and Sir Michael Rocks. Cortez, on the other hand, has influences more in line with R&B with artists such as Brandy, Mariah Carey, Craig David, Usher, Chris Brown, Jamie Foxx, Aaliyah, Static Major, Brent Faiyaz, and K. Forest. Those influences come together perfectly on “Mami Wata.”

To listen to Cortez Jamar and Tuezday’s music or to follow them on social media, please visit: 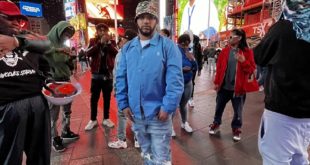 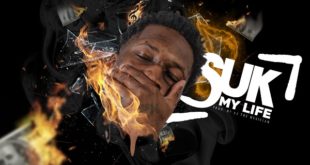