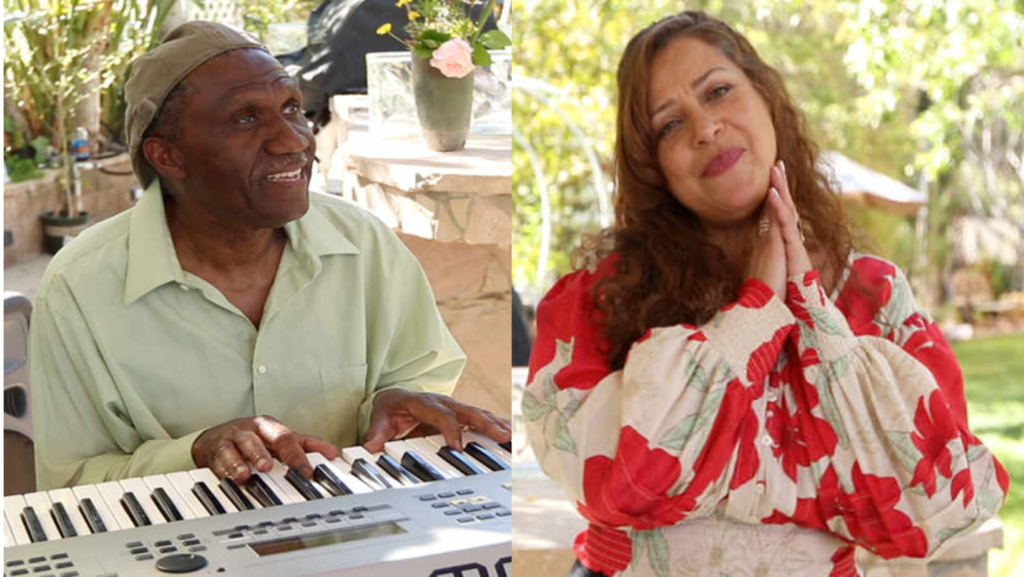 Over the years, Dale Bushka has released music as the spirit moved him, every one different from the last, often to a large degree in music and the lyric theme.

His latest offering, “Casey’s Shadow,” follows in that tradition and expands it radically, and it comes with two different videos. He wrote the music, the lyrics and the story behind them, and he was the producer for the project.

“It’s a story,” he said. “The story is a lot more involved than the song is. “Obviously the song can only kind of give a little bit of background of what it’s about, but the video really gets into the dramatics and all the actors and everything that’s going on.”

He has two main hopes for “Casey’s Shadow.” One, of course, is to get play for the song, including air play. The Dorell and Murrell song video is the accompaniment for that purpose.

The other purpose, or hope, met by the long video, which tells the full story around the song, is to gain some attention for his musicians, the actors and his videographer, Terry Davis.

Dale, a retired insurance executive living in California, has been writing and producing music, “off and on,” for more than 40 years.

“I’ve been doing this for a while,” he said. “I don’t need the money, so it’s not really for me, it’s mainly for them. I’m trying especially for the kids. These kids are in their early 20s, and I’m trying to promote them. Maybe they can get into acting or modeling or something. They’re very good.”

Casey’s story, told in a breezy, poppy tune, is about a young fisherman who, unbeknownst to his wife, in desperation, hires out as a killer to support his true love. Tragedy ensues. The long video ends with a mental health public service ad.

What he would like out of his music, ultimately, is simple.

“Honestly,” he said, “if I can hear one song on the radio, I think I’d be happy. That’s all I want to do. Before I die, I just want to hear at least one of my songs on the radio, and I think my songs are as good as anything on the radio.”

He says that if he could sing, or dance, or play the guitar, his musical aspirations might be different.

“But the thing is, I can’t sing. I can’t dance, and I don’t, and I can’t play the guitar. So, I try and do the next best thing, and I try and find people that I can trust that I believe in.”

He found people like that for this project. He had never met Gina before, but he had worked with Dorell, who introduced him to her. Dorell also introduced him to Terry, the videographer. All of them, and the actors, he said, were wonderful to work with.

“It’s just amazing, the talent that I was able to get. So I mean, I truly appreciate everybody that I’ve worked with.”

The music he has produced is a small body, but covers a lot of ground, which can be found on his website, http://www.bhhmusic.com/releases.

“I cross different paths,” he said. “I’ve done ‘Laurel Canyon,’ which is kind of my ode to Crosby, Stills and Nash. It’s about Laurel Canyon as it was before the Manson murders, and ‘Claire,’ which is the story of a boy that’s in love with a plastic doll. I mean, there’s a lot of weird stuff. I run the gamut.”

His songs vary not just in subject matter. “Badass Jesus” is a hard-edged, hard rock church hymn. “Totally Tubed,” another hard-edged but playful spiritual song, is ’60s style soft rock. “Fisherman Song” he wrote as a sing-along song, a sea-shanty style about fishermen saying goodbye before heading out to sea.

“It’s about a girl that had just driven everybody nuts in this town. She’s hit on them, she’s asked them for money and never paid it back, she’s just been a real pain. So when she passes away, the song asks at the funeral, ‘Why did the mourners giggle instead of bow?’”

Find “Casey’s Shadow” and Dale Bushka’s music on these platforms: