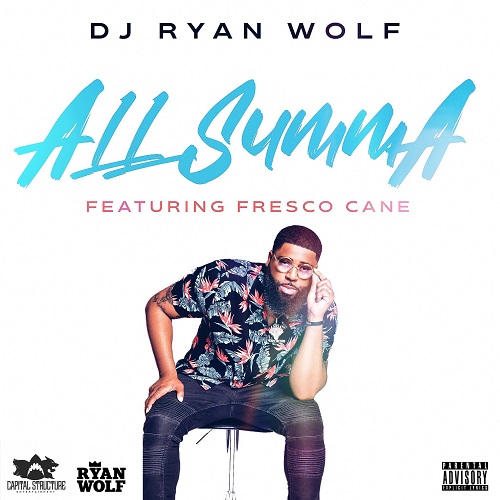 Ryan Gullatt, professionally known as DJ Ryan Wolf, is an American hip hop Disc jockey and mixtape producer. After having been laid off from various administrative positions, Wolf picked up DJing as a hobby to fill time but quickly learned that he was naturally gifted in the art of scratching.

Wolf shot to prominence after he was named the official DJ for the Cleveland Browns. With nearly 40 mixtapes over the course of his music career, he has worked with notable acts including DJ Scream, Machine Gun Kelly and OG Ron C among others. He is a Heavy Hitter DJ, member of The world famous Chopstars, a coalition of American DJs and turntablists who perform chopped and screwed remixes of popular songs, and also a DJ and radio personality on Z107.9 (Cleveland, OH), 101.1 (Cincinnati, OH), and 107.5 (Columbus, OH).

Now Ryan is stepping out as an artist. Wolf and Fresco Kane were introduced to each other and the track by producer, Rob Williams. They decided that they could both help each other and decided to collaborate on the track.

“All Summa” is the second single off of Ryan’s upcoming project, Dreams 2 Reality. The project is Ryan’s first album as an artist and will be released under Capital Structure Entertainment. The track is now available on all music streaming platforms.

“It’s a feel-good record that you can listen to riding in your convertible with the top down.”

Wolf is dropping more music soon as well as looking for new talent in his role as A&R for Capital Structure Ent.