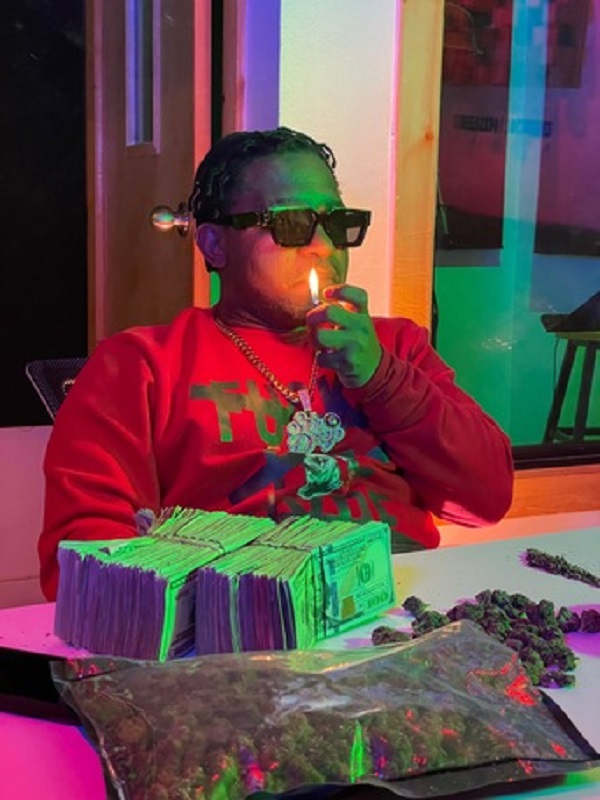 BROOKLYN, NY – A new street anthem from Brooklyn-based rapper Donn P is hitting the airwaves and drawing in an ever-widening pool of fans. “Datz My Bih” is an upbeat, energetic club-ready hit that’s just in time for the summer. Told from the perspective of a guy picking up his lady, it’s a song with a catchy hook and clever bars that will surely have listeners singing along no matter where they’re at.

Hailing from the Bedford-Stuyvesant area of Brooklyn, Donn P is an artist and co-founder of the independent label Str8DropEmpire. He’s the youngest of seven children raised by a single mother, though four of his brothers have died over the years. He was closest to his older brother, who had assumed the role of father figure and was instrumental in teaching him how to hustle and to take nothing for granted in life. When Donn P lost his older brother to street violence, he knew he had to be intentional about choosing a different path. Music was the way to go.

“My mother had been through a lot with her sons and she worried about me hustling to survive,” he said. “I wanted to make her happy and not worry about me, so I knew I had to do something different. The hip-hop scene in New York is a little faded, but a few rappers are bringing it back to life. So I’m working for my time and I’m happy things are coming back around. What you get with my music is all me – my ups, my downs, my wins, my losses, my pain … my music is my therapy. I’m focused on making good music that I hope people can appreciate and find relatable. I want people to listen to my music because it comes from the heart.”

Donn P said his style can be considered witty street-centered vibes, with lyrics that are gritty yet unorthodox. He credits his influences and inspirations to artists like The Notorious B.I.G., Jay-Z, Young Jeezy, Future, Young Thug, Bobby Schmurda, and Pierre “Pee” Thomas, who is the CEO of the label.

Over the past five years, Donn P has seen his notoriety in the industry steadily grow as he’s had success after success with his music. In 2016, the driven rapper took part in Lil Durk’s 2Xs tour. He then released his first mixtape, “Plug and a Plan” shortly after the tour, which earned many positive reviews. Standout tracks like “Trap House Bumping,” “Catch Me Out” and “Drippin’ Aura” have been featured in various ways, including on sites such as MTV.com, Thisis50, Itsbizkit, Youheardthatnew, and more.

“My music is a reflection of who I am, what I’ve been through,, and my growth from hustler to business entrepreneur,” he said. “I hope people can see my story and know that it can motivate them to help them through anything. You can come from nothing and make something for yourself. That’s the type of message I’m bringing through my music. When you feel like you need to be pumped up, my music can motivate you in your day.”

To listen to Donn P’s music, or to follow him on social media, please visit the following links: