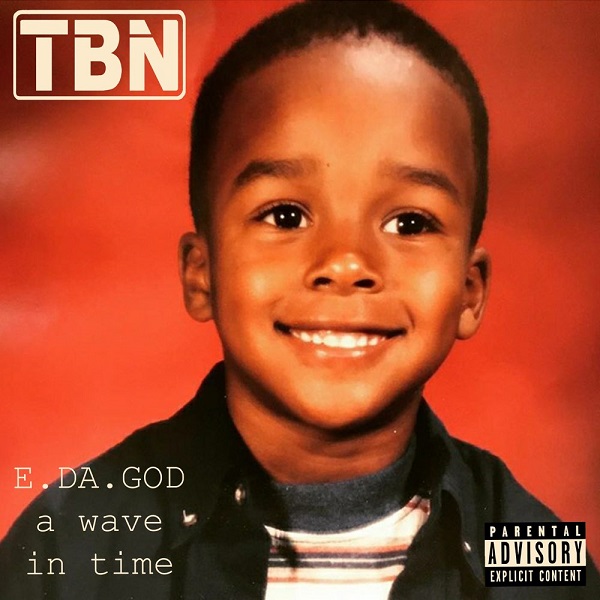 PHOENIX, AZ – Eric Chapel is on a mission to influence other people to be better versions of them. That’s his message in both life and art, and it comes to the forefront on his new album “A Wave In Time,” now available across all streaming platforms.

With 16 songs, Chapel – better known by his stage name E Da God – gives fans a little bit of everything as he weaves inspirational stories from his life into encouraging messages to others.

“Regardless of what I do, I try to send out the best information that I have without trying to hurt anybody,” he said of his album. “My uncle used to say that some people are just trying to get by and some people are just trying to get over. You’ve gotta maintain or obtain by any means necessary. Whatever you force upon the world, you gotta deal with that. I’m gonna see how I can do it by being more passive and peaceful and by influencing people to be better versions of themselves every day.”

E Da God said he dips into sounds very organically when it comes to songwriting, picking and choosing melodies or beats that “authentically and naturally work for me.” Whatever sounds good when it’s time to record something, that’s what he’ll flow with. He calls it his “open book” approach – an approach that he said brings the highest quality sound and style to the table.

“I think what sets me apart is the same thing that makes me different in life, and that’s that I’m just so different,” he said. “I’ve got to introduce that through the music. The way things go through my mind – the wave that comes with the beat is the way for me to relate with people. And through that, over time, I’ve learned how to play with sounds and different styles to express different moments in my life to help me share with other people and get them to see past how different I am. It’s a wave – sometimes you’ll get a little wave or a little vibe, and sometimes you’ll get a bigger wage. Some songs are like this and some songs are like that, and across the whole album you get the consumption of me creating a whole unique sound, which is a great representation of who I am.”

E Da God said now is the perfect time to bring his album to the world as it fits his life journey perfectly. As a rapper and songwriter, he’s just started making a name for himself in the industry, and this year, he took that career a step further by starting his own record label – Thorough By Nature. He said he’s looking forward to the adventure of being a business owner and exploring the behind-the-scenes side of the music industry while also promoting his music and sharing it with a global audience.

“It’s an ascending moment for me to grow,” he said. “I’ve been through enough and done enough and now that journey is coming out with song after song. This album captures this moment in my life, and it’s got a little bit of everything on there.”

To listen to E Da God’s music or to follow him on social media, please visit: