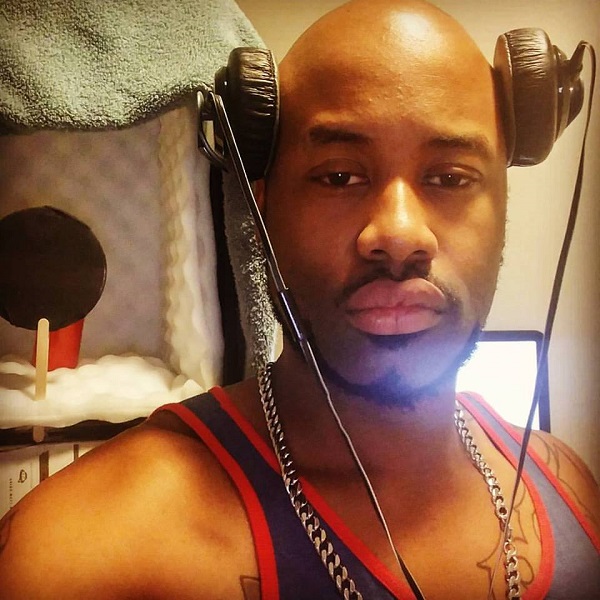 BROOKLYN, NY – It’s been said about New York Hip Hop artist Anthony A Lewis that if you look into his eyes, you can read his soul. And while he has adopted the moniker Yung EyeZz as a nod to that compliment, he’s more interested in letting people get a look at his soul through his music.

Born in Queens Long Island Jewish Hospital and raised in Brooklyn, this young up-and-coming musician is a name that you’ll want to note … and not just for the future. His latest singles “Puttin In Work” and “You Know” have already been causing heads to turn along the East Coast, and he’s gradually beginning to make a name for himself throughout the rest of the U.S. and globally!

Yung EyeZz said his path to the music industry started at age 14 when he first started writing poetry. In high school, he made friends with Junior Gomez who had adopted the stage name R3d3y3s and had created a studio in the basement of his home. The two would stay in the basement for hours every night, rapping and recording and learning how to make music. By the time he had graduated from high school and moved upstate to Massena, he was ready to take his self-taught skills and put them to work in creating his signature sound and style. That’s when he met producer Raymond Godoy, also known as Ray Gee.

“One thing led to another and we ended up building a studio in his basement,” Yung EyeZz said. “We would stay up days and nights recording songs, dropping tracks back-to-back even if it sounded bad and just grinding. I was constantly motivating myself to get better. I appreciate all genres of music, but I like to think I’m bringing an old school sound to the new school Hip Hop flow. I’ve always been a person who has liked to write stories or talk about what’s going on in my daily life and put that on paper. When I started recording, I realized I’ve got a flow, and it just took off from there.”

Today, he creates music that he said anyone can “just vibe out to and chill.” He has worked with people like Kipp “Gravity Law” and various other producers, perfecting his craft and learning the music game. He created the team L.B.M. which stands for Loyalty Before Money, and has joined forced with King Tony Rome of 1st Step Music Management.

Through his stories, he is connecting with a wide range of audiences. “Puttin In Work” is a perfect example of this. Derived from the struggles on the streets, the song examines the work it takes to get to a better place in life. It’s a mainstream sound, he said, but with a different style that will definitely cause people to pay attention. “You Know” is more of a chill, laid-back song that explores a day in the life of an average person.

Yung EyeZz said these two singles are just the beginning of what he has in store for releases and plans to drop a full album before the end of the summer.

To listen to Yung EyeZz’s music or to follow him on social media, please visit: