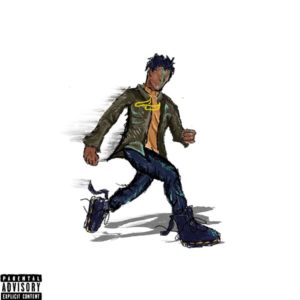 LOS ANGELES, CA – You’ve heard the saying, “The pen is mightier than the sword,” but for West Coast artist Falmé D, his pen is his sword. And he wields that weapon with expert precision on his new EP “MottoMan,” which is currently available across all digital platforms. The project features three standout singles that explore some of the experiences of his past and how those moments helped from him into the man he is today. They also serve as inspirational messages to the masses to help people embrace their natural gifts, talents and abilities to accomplish the dreams they want to chase in their lives.

The EP starts with “Sensei,” a bold song that gives fans a lot of quotable lyrics filled with real talk. Take the hook, for instance, which says, “Falmé D the king … never mind, call me young sensei.” It’s a catchy hook that speaks on his goals and his past and the things he’s been through, and uses that as a spur to be a better man in the future.

The second track is “Fly,” which is more of an up-tempo groove that talks about wanting to take off and fly and be in the sky and have no worries or doubts in life. This leads into the final track, “Mission,” which is also the inspiration for the EP’s cover art, which was drawn by Falmé D’s good friend Levi.

“It’s a song about how far we’ve come and how I always say I’m on a mission,” he said. “That’s what I’m all about. I’m faith-forward and on a mission. This song captures that and wraps up everything I’ve been saying for the past four or five years and shows that what I said I was going to do, I actually accomplished.”

Falmé D has been making music since his early teenage years. His mother was a singer who loved the Oldies, and his father was into hip-hop, which led to a diverse and eclectic range of musical interests for Falmé D. As such, his palette is a little different than one might expect from a hip-hop artist today. His voice and his flows aren’t like anyone else in the business. The beats he chooses and uses aren’t like anyone else. He prides himself on that, and has worked hard over the years to hone his craft and create something that is truly original.

“I hope my music is known for being unique and standing the test of time,” he said. “I go back and listen to the music I’ve dropped over the years, and a lot of it I know will stand the test of time. People are still listening to music I dropped three or four years ago, which makes me feel good. Even with sounds changing so much, my sound is still mine and will always be that way. I’m creating and standing strong among all the other music of the world. And people who need it will get it when they need it. That’s the mission.”

Falmé D said he has more music and videos coming in the next few months. To listen to his music, or to follow him on social media, please visit the following links: