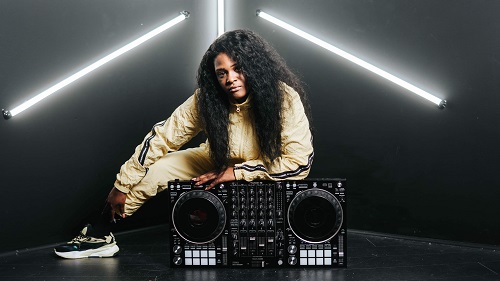 Jasmine Williams also known professionally as Dj Jazzybeatz is an American born music mixer with over 13 and plus years of experience. Traveling between Florida, Virginia, New York, and California. Her big debut was Fleet Djs music conference, hosted but at a young age around 18 years old she hosted events like the Bow wow concert which kick started her career and opening doors for bigger gigs with power houses. Such as Tisha Campbell, Lil Boosie, Cassanova, and Love and hip hop star James R, Djing Key Glock Concerts, Music festivals & more. Dj Jazzybeatz currently resides in Richmond, VA. As a Dj she has been described in many ways, but innovate, cutting edge, and hype are the 3 best ways to describe Jazzy’s style. After 13+ years in the music industry, she has made a name for herself by remaining ahead of the game in not only her choice of music, but with the way she plays it as well. With long flowing mixes that seamlessly blend one track into the next. Dj Jazzybeatz has the ability to take control of the dance floor and to energize the crowd that she is mixing for. She is a dj mixologist!