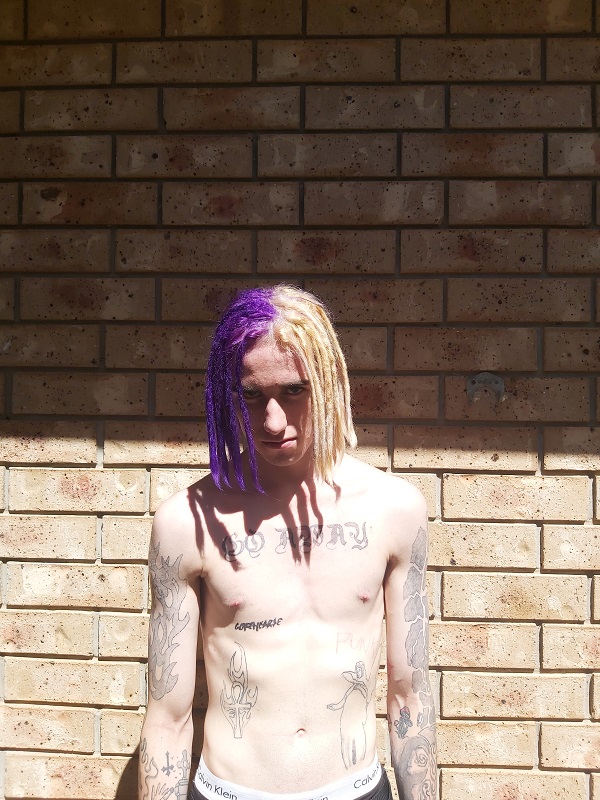 ADELAIDE, AUSTRALIA – An alternative form of Hip Hop called Punk Rap is coming out of Australia from young artist Gore Hear$e. This 18-year-old musician has long been a fan of Aggressive Rock – with inspirations from bands like $uicideboy$ and Nascar Aloe – and has mixed that with a more pure Hip Hop sound that consists of raw 808s. Also thrown into the blender of his signature style are melodies and loud, distorted vocals for something that brings forth a lot of energy and is the perfect kind of music to mosh to.

That sound takes center stage on Gore’s new single, “Slipknot.” Currently available across all streaming platforms, “Slipknot” is an alternative kind of vibe that deals with the struggles of depression. With his loud, distorted vocals, Gore brings a raw energy that’s very aggressive and fits on the fringes of Punk Rock.

“That’s my whole style,” he said. “I take what I listen to with Rap and put my own influences into it with Funk music to create a whole new style that I call Punk Rap. It started a few years ago when me and my brother were making EDM and House music you could dance to. But I wasn’t as interested with that as I was with Rap. My sound progressed away from that the more I got into music. It started leaning toward a more mainstream Rap sound before I found the underground side of it, and I started changing my style over the last year to where I’m doing more screaming. The way I make my beats is very unique. I like to sample audio clips from all different kinds of stuff and mix it in. And I’m always bringing fast BPMs that fit my Australian accent as a rapper.”

Born in Hertfordshire, United Kingdom, Gore moved to Australia with his family when he was only 5. He and his brother were into music for most of their lives, though it has only been within the past couple of years that they’ve started to take it seriously. Though Gore wants to be recognized as an artist with natural talent, at the end of the day, he really just wants to create music that people will enjoy and get hyped up by.

“I’m not somebody who needs to be taken really seriously all the time,” he said. “I’m not trying to portray any specific message or anything. I make music because I love it, and I hope other people love it, as well. I like to get a crowd hyped up. It’s not that I don’t want to be taken seriously as an artist, but I’m not someone who writes music with overly deep messages. I make music that gives people a good time. I know my music is good and I want to get it out there.”

To listen to Gore Hear$e’s music or to follow him on social media, please:

@DjSmokeMixtapes
Previous Malico – Distractions
Next Tony Beyond – Light Em Up