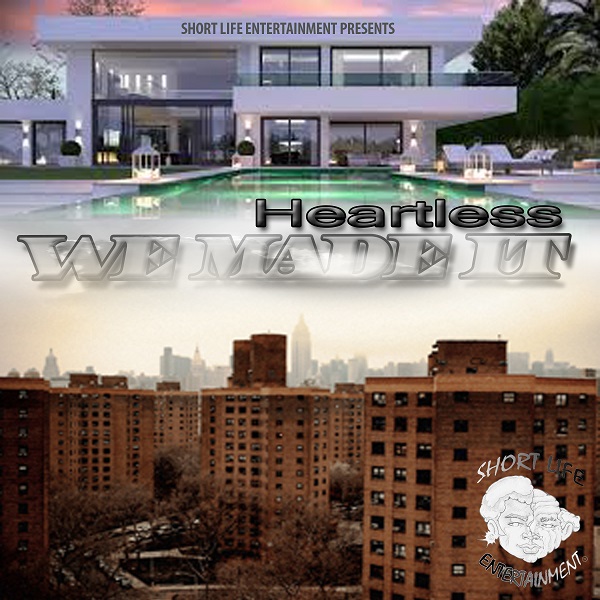 Profanity-free rapper drops inspiring new single ‘We Made It’

PITTSBURGH, PA – Lendell Black, more commonly known as the American rapper and hip hop artist Heartless, is a one-of-a-kind musician who is doing everything he can to rewrite the stereotypes of a genre that he loves so deeply.

Heartless is known for his profanity-free and upbeat music within the world of hip hop – something that’s nearly unheard of within the genre. And that profanity-free street music is setting him apart from a lot of other artists in greater ways than just his standout lyrics. His beats and vibes are making feet move all over the country, and his unique sound is the kind of ear candy that fans just can’t get enough of.

“There are other artists out there who don’t use profanity, but my distinctive style is different and sets me apart from those who do,” Heartless said. “Usually you hear something in the hip hop genre and within 5 to 10 seconds, there’s profanity. I wanted to do something different. When I first started making music, I used profanity, and when my father heard it, he told me he understood what I was trying to accomplish but he encouraged me to reach out to my fans in a different way to make them understand where I’m coming from. A lot of people told me I wouldn’t be able to accomplish it if I went profanity-free, but over time, it has become easy and natural to me. I liked where I was going better than using curse words, and I hope my music shows other people that you can accomplish what you want without using profanity. Besides, street music does exist without profanity. I write about my life and have a lot of storytelling – a lot of things I’ve been through or am going through, or places I want to take in my life. And through all those experiences, I’m giving fans stories and different things from the street but through an entirely different lens.”

Most recently, Heartless dropped the new single “We Made It.” Described as a “gritty, upbeat-tempo song about getting out of the streets,” the song is one that Heartless said is something a wide range of fans will like because it taps into an idea with which everyone can relate.

“It’s about making it to a better place than where we were at before,” he said. “I grew up in the projects. Most of my time was spent doing ‘projects’ stuff. That’s where the song comes from – wanting to do something bigger and better. I always wanted something better for my life and when I started listening to people like LL Cool J and Mc Eiht, I started to dream about using music to make a better life for myself and think about those better places. Music was basically a way to escape everything I was going through. And the journey has been a good one with some pretty great fans. I have much love to all the fans who have been supporting me this far. I hope to have more people get to know about me, but I know that without the fans I have today, I wouldn’t be where I am and I appreciate them greatly.”

In addition to his work as a musician, Heartless is also a philanthropist who works hard to give back to his community. Most recently, he has become involved with the Mixed Connective Tissue Disease Association. He has people in his life who battle the disease and he said it has become an important cause which he hopes to raise awareness and financial support for.

To listen to Heartless’ music or to follow him on social media, please visit: