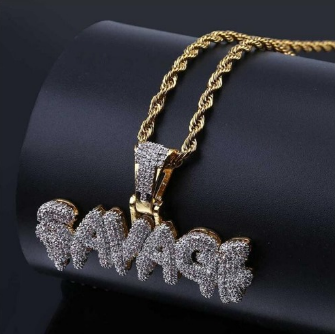 AUSTIN, TX – “Flexin” is the perfect title for the hot new single from Austin’s newest super duo Holy Boe. Made by best friends Boe Savage and Holy Prodigy, the new single is just the latest collaboration from the two young artists and features vibes that are sure to make people bounce. It’s a vibe about getting money and flexin’ on people because of the high you’re feeling off a wave of success – which is exactly how the two friends feel right now with their music career.

Savage, age 19 and Prodigy, age 22, started making music at a young age when they became friends in elementary school. It started off as a hobby, but when Savage’s mother passed away, he turned to music and his best friend to help him deal with the overwhelming emotions. That focus on their music helped them hone their sound and create a style that was truly one-of-a-kind.

But the work of these artists goes further than music. Though they’re not from the same family, you could never tell. And out of all those shared experiences, they’ve created something that is seamless and “easy,” as Savage calls it.

“We make it easy to nod your head as we speak on an unforgotten past and a very bright future,” Prodigy said. “We work in unison. And we create vibes for any listener – from hanging with the homiest to late-night slow jams.”

Though they’re only in their first few months of making music together professionally, they’ve already seen some success with their two single releases. Prior to “Flexin,” they released “For My Bros” earlier this year which has racked up more than 50,000 streams across various digital streaming sites. They have plenty more bangers on the way, too, with a plan to continue launching hot tracks throughout the end of 2019 and into 2020.

“We can make any type of song you want,” Savage said. “Any mood you want to feel. We can slow it down or bring it up – literally anything you want, we can do it. When we work together, it’s just easy. It’s so easy to feed off his vibe. I can bring you that savage, mega vibe and he has these really deep lyrics and the two just work well together.”

Holy Boe said they have plans to drop an album or EP later this year and are working to book a performance for sometime toward the end of September at a venue to be announced at a later date.