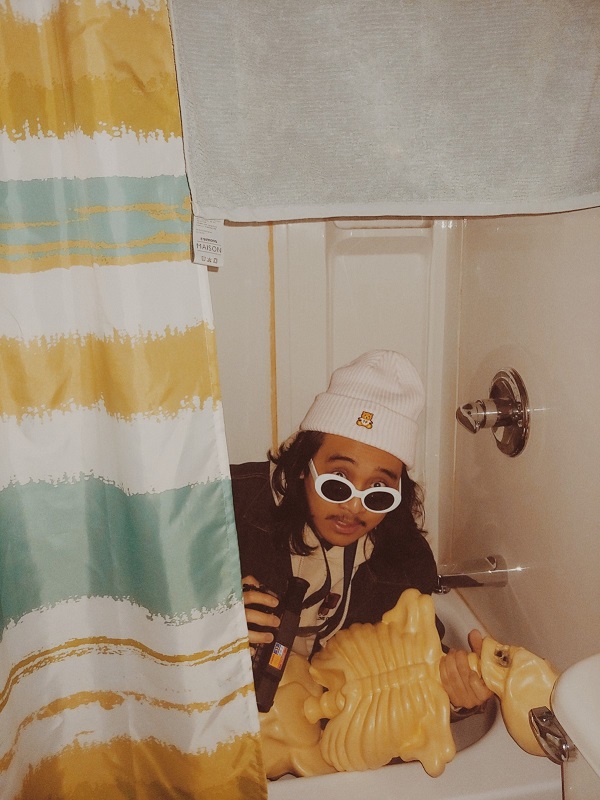 LLOYDMINSTER, CANADA – A big theme in the music from Canadian artist Itsyaboigavrilbalane is personal experience and stories. His latest album, “The Empty Space Between My Ears” is no exception. Pulling from various situations of his life to date, Itsyaboigavrilbalane lets listeners in on his heartbreaks and adventures with his own brand of introspective yet melodically catchy music.

“I’m trying to paint a picture for people that they can relate with,” he said. “It’s an album that tells a story from start to finish. It may seem jumbled at first, but it all tells a story over the course of 11 songs. It’s moody and atmospheric but it’s upbeat at certain points, as well. So it’s a mix of a lot of things. But one of the things that sets me apart is that I can flow through different genres and put a mix of many things into one song, while making sure it’s a perfectly balanced and mixed sound.”

Hailing from Lloydminster – a town right in between Saskatchewan and Alberta – Itsyaboigavrilbalane started writing music as a hobby when he was a child. By age 14, he was recording music and eventually started doing his own producing. With the exception of beats, he has been on a journey that includes learning new instruments and experimenting with new sounds. As such, he is an all-around musician who isn’t afraid to try new things and expand his color palette.

“I’m an artist who wants to unify music and give my audience a taste of everything through lyrical storytelling,” he said. “I use stories of pain, misfortune and heartbreak in hopes of uplifting people in their hard times and giving them someone they can relate to.”

After releasing his second EP, he entered his first music competition in 2019 – the International Songwriting Competition – and received a note that he was a semi-finalist, beating out more than 16,000 people in the running. He followed that up by releasing his first full album in February 2020, which has been well-received among fans and industry insiders alike. Maintaining that momentum, he never stopped creating and is excited to release his new album “The Empty Space Between My Ears.”

“I wanted to push my feelings into a place where people can relate to it,” he said of the album. “I’ve been doing music professionally for five years now and over that time I’ve been opening myself up more and more to different things. I’m constantly evolving and this album will show audiences how I got to this point. There have been a lot of heartbreaks and mishaps, and there will be sad songs that break your heart; but it’s also an album that is genuine and fun to listen to. I hope people appreciate the work that I put into the music and the experimentation that went into it. At the end of the day, I hope my music is the kind that spans the test of time in its uniqueness.”

To listen to Itsyaboigavrilbalane’s music or to follow him on social media, please visit: