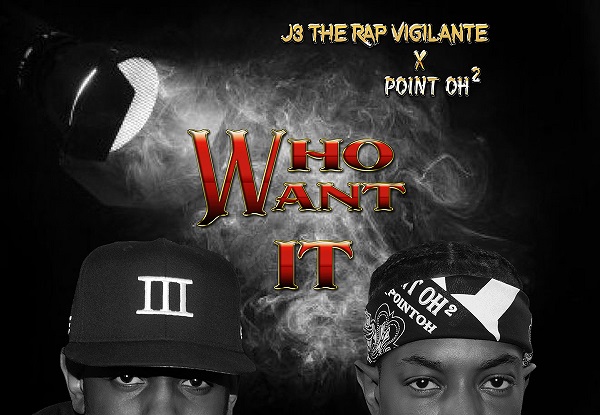 ATLANTA, GA – When it comes to bringing variety to today’s music scene, Hip Hop artist J3 The Rap Vigilante is like a chameleon. He’s got conscious Rap, real, mellow, aggressive, and everything in between. In other words, he can’t be put in a box. But more than that, his unique sound and style brings out the best in people and provides a thrill ride that cannot be beat.

This originality and energy is put on full display with his latest EP “Nocturnal II.” It’s the second half of an EP of the same name that he released about a year ago, and its seven tracks continue to explore the journey of this fast-rising young talent from the South.

“It’s picking up right where I left off,” J3 said. “It’s me taking control of what I want to do as far as music goes. Coming up in Atlanta, people can get used to a certain sound that’s popular, but I choose to stay in my lane and do my own thing. That’s what I want to be is true to myself. That said, you can hear the growth from the first EP now. I always go off the beat and I can fit in anywhere. So there are some aggressive songs, some mellow tracks, some soulful, some conscious, and a lot of different vibes. I feel like people should be able to relate to it.”

The debut single from the project is a song called “Who Want It”. Working in collaboration with his brother, fellow artist Point Oh, J3 brings about an aggressive in-your-face track that shows why he goes by the name Rap Vigilante.

“Sometimes you gotta let people know,” he said. “That’s what this song is about. I’m the Rap Vigilante because I’m not gonna try to fit in and do things for other people. I’m gonna do it for myself. I make music for people in the process of finding their own path. I found a path that was best for me and when I can reach people with that kind of mentality, then the sky’s the limit.”

“Nocturnal II” was produced by AveDaMafia and Point 0h with a feature from Since 9ty5. It is currently available across all streaming platforms.

To listen to J3 The Rap Vigilante’s music or to follow him on social media, please visit: