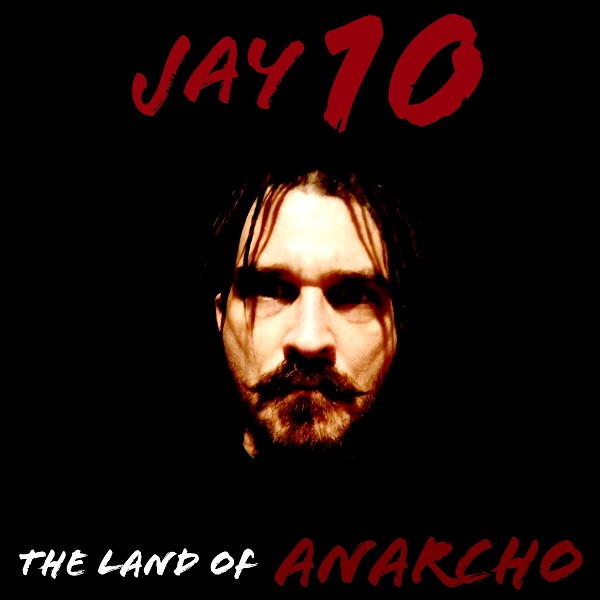 SMOKY MOUNTAINS, NC – Powerful. Challenging. Thought-provoking. These are just a few of the words that best describe the music from North Carolina artist Jay 10. He’s an artist who applies critical thought to accepted cultural and social norms and invites audiences to consider a different approach and perspective. His latest album, “The Land of Anarcho,” is an upbeat analysis of American society in a post-2020 world. Across six songs, Jay 10 explores social media and corporate greed and centralized banks, among other issues, with ideas and suggestions that at the very least will cause listeners to stop and ponder their previously held misconceptions of the world.

“A lot of people are unhappy with the social climate and everything happening right now,” he said. “This album is about introducing this idea of a decentralized land. A kind of self-secession, if you will. An ideal where you don’t have to abide by government rules. It’s a real, spiritual anarchy, though not a physical anarchy. I’m talking about de-centralizing from central banks and how social media has become the new society and how we’re all being censored in so many ways. It’s not so much dark and angry as it is challenging and thought-provoking. I’m applying critical thought to it all and presenting an alternative. We can all have a dialogue because everyone has a perspective and an opinion, and we just need to learn to talk to each other.”

Though on paper it sounds as if “The Land of Anarcho” would be a heavy-hitting album, that’s not actually the case. Jay 10 has created a project that is very pleasing to the ear and will cater to fans who love hip-hop and Pop. Jay 10 is an artist who brings audiences to the table by offering transparent lyrics that come from the heart. He’s a caring intellectual who asks questions and presents evidence of new ideas through reason and logic, and his chosen platform for that message is through the creative art of good music.

The first single from the album is “The Virus,” which is a song that takes shots at Marc Zuckerberg and Jack Dorsey, among others, as it explores the hidden evils of big corporations and social media. It has a Pop kind of feel to it and a groove that will invite listeners to bop their heads as they consider the deeper truths laced throughout the song. Jay 10 said he’ll follow that up with the single “Dystopian Refugee,” which is slated to drop alongside a music video on April 9.

Jay 10 credits the producer 2Wenty5yve8 Production for delivering all the beats across the nine songs on his album.

To listen to Jay 10’s music, or to follow him on social media, please visit the following links: