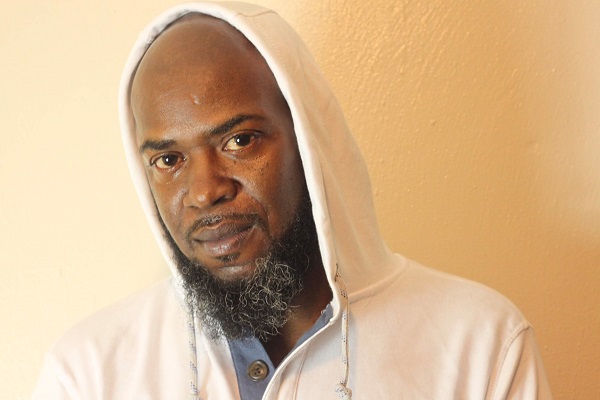 DILLON, SC – Jerusalemm Slimm is a lyrical reporter and a self-proclaimed hip-hop activist. He’s an artist who is humbly and diligently seeking a righteous plan for true freedom with people. And through his music he is delivering his purpose to uplift, educate and inspire others. His latest single, “America,” is a catchy song about the struggles of life in America at the moment. Dealing with a lot of social issues in the country today, Jerusalemm challenges his audiences to consider the lifestyles they’ve taken for granted and pushes them to perhaps explore a different perspective.

“I’m still watching the news these days and seeing a whole lot of things transpiring,” he said. “We can’t like the America we’ve built and consciously say it’s a great state that we’ve built because it isn’t actually great for everyone. Every revolution needs a soundtrack, and I am the soundtrack to the revolution. I want to make a lasting impression with my music, and for it to last longer than I live. If something happens and they dig up my music years later, I hope they’ll say, ‘Wow! They listened to good music!’ I think they’d be able to identify the mood of the people from the music I create. I’m a storyteller, and I like to tell stories about the system – the good, the bad and the ugly. That’s what this song is about – the life and the struggles of our American society.”

Jerusalemm was fortunate to work hand-in-hand with legendary producer LES, who is known for his work in the past with Nas and Big Pun. The two of them collaborated on both “America” and the forthcoming album “Hidden Treasure,” which should launch across all streaming platforms in May.

Jerusalemm has come a long way since first watching his grandfather perform as part of the quartet The Dixie-aires. For as long as he can remember Jerusalemm has watched his grandfather navigate through the music industry. He’s joined him in the studio for recording sessions and stood back stage watching as his grandfather performed live. By age 12 Jerusalemm was writing his own material – mostly in the R&B realm. But about seven years ago he started getting more interested in hip-hop and discovered a true passion and natural talent for writing lyrics and spitting bars.

“I decided to be me instead of following trends and doing what everybody else is doing,” he said. “I like to be original. I like a lot of old-school hip-hop, but I’m also influenced by a lot of genres. I like Gospel and R&B and all types of different music that influences me. As I studied music and culture, I came across something that talked about how Jesus was black, and how people started referring to him as Jersulaemm Slim. I started using that name because he’s supposed to be the savior of hip-hop, and that’s what I want to do.”

Jerusalemm Slimm’s new single “America” can be found across all digital platforms, with the full album “Hidden Treasure” due to be released in mid-May. To listen to his music, or to follow him on social media, please visit the following links: