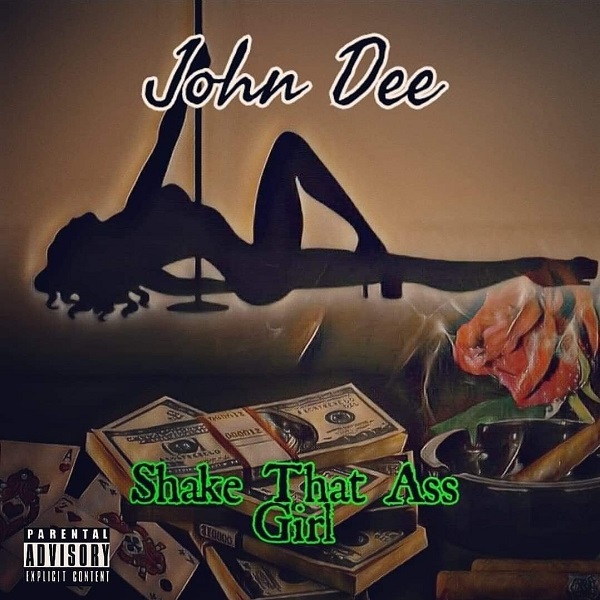 ALBANY, NY – Following the success of his last single “In The Club,” East Coast artist John Dee is taking a more sexual and intimate approach with his latest hit “Shake That Ass Girl.” With a bouncy kind of 90s hip-hop vibe, the slightly raunchy and deeply sexual track pushes the envelope in the same way that 2 Live Crew’s hit single “Me So Horny” did for audiences in the late 1980s. That legendary rap group drew controversy and praise in equal parts with their album “We Want Some Pussy,” and in doing so became an international sensation that made a name for themselves during the height of the 1990s hip-hop wave. John Dee hopes to do the same with his latest single.

“I’m a fresh new artist and it’s time for people to spread the word,” he said. “I was able to get in front of so many more people with ‘In The Club,’ and because of that so many more people are getting exposed to my music. I’m getting my name out there in the world, and that’s a big win. I’m trying to get on my grind and push this music and get it in front of more and more people. I’m constantly working on writing my music and perfecting my craft, and I love that people are starting to see that and appreciate it.”

Though John Dee didn’t become serious about his music until age 28, he’s been a lifelong musician and said he traces his music roots back to middle school when he and a cousin would rap together. His cousin is now known as the notorious DJ Young Wise, and John Dee said there are even more musicians in his extended family. “We have it in our blood to do music,” he said.

Over the years John Dee has developed his sound and style, and credits his quality recordings to the fact that he’s a perfectionist and a critic and works tireless hours to hone his sound. He’ll never release a track until he knows it’s as good as it possibly can be. As a fan of old-school hip-hop, he often uses influences of artists such as EPMD, D-Nice and Eric B. & Rakim, among others. He also loves a lot of the new-school sound, and tries to fuse together those eras into something that’s new and original.

John Dee said he’s planning on going back into the studio in the next couple of weeks to put together another single that he hopes to drop this summer. Until then, he’s eager for fans to enjoy “Shake That Ass Girl.”