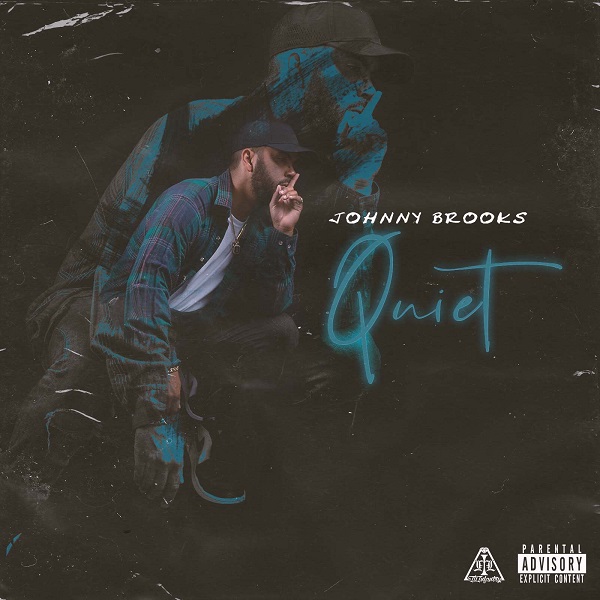 MIAMI, FL – Johnny Brooks takes melodic rapping to another level. The multitalented artist from Miami, Florida has been building music from the ground up for the past decade, creating unique sounds and styles for Hip Hop purists and those filling the record shops, concert halls and lyricist lounges around the world. With head-nodding hooks and a genuine ease on a track, his music captures the attention of the staunchest supporters of old-school Hip Hop mixed with contemporary sensibilities.

His latest single, “Quiet” was released on March 23, and is the perfect example of how this seasoned veteran of the industry makes some of the highest-quality music in the game today. Produced by Rico Santana, the smooth Hip Hop groove is the most organic creation of his career. Unlike most of the other songs he’s crafted in years ‘past, “Quiet” was born in the moment from a beat that Santana put on one day in the studio and Brooks just improvised on the spot.

“I just started going off the dome, basically,” he said. “It just came out naturally. I didn’t think much about it – when I heard the beat he made, I just started flowing. It was extremely organic, and I think it’s one of the best things I’ve ever done. It’s about a girl who disappeared on a guy out of the blue and the strong connection between them. The fire died out over time and the guy never understood why. He goes on a quest to find out where she went and to try to re-ignite the flame and remind her that they have a spark that can’t be found anywhere else.”

The St. Maarten-bred Brooks was born into a musical family and is no stranger to late nights in the studio. His parents opened the first professional recording studio in St. Maarten in 1984, and throughout his childhood, he was able to rub shoulders with some of the best up-and-coming artists of the Caribbean. He also got a front-row seat to the process of making hits, and his hands-on education paid off over the years as he gradually developed a signature style of his own. With strong roots in Reggae and the pedigree of his surname, it would have been easy for Brooks to continue the tradition in the stylings of the Caribbean. But experiencing the polar opposite lifestyles between the affluence of his white mother and the trenches of his black father, Brooks opted to venture in a different direction with his musical talents by way of Hip Hop – the language of his generation. Immersing himself in the popular sounds of Jay-Z, Nas, Biggie and Tupac, he began to create hits like “Thoughts Never Die” and “Test the Potency,” which resonated with an ever-widening global fanbase.

“My music is just feel-good vibes,” he said. “It’s therapeutic. That’s what I’m aiming for and hoping to bring to the table when I’m creating these songs – some kind of positive impact to the listener. As such, there probably won’t ever be a ‘perfect touch,’ but there will always be a vibe that you feel. That’s why I’m able to create and just flow. I’m demonstrating to the world that I can create a vibe for you that you can enjoy.”

Following “Quiet,” Brooks said he has plans to release another single called “Landscape” which should come out this summer.