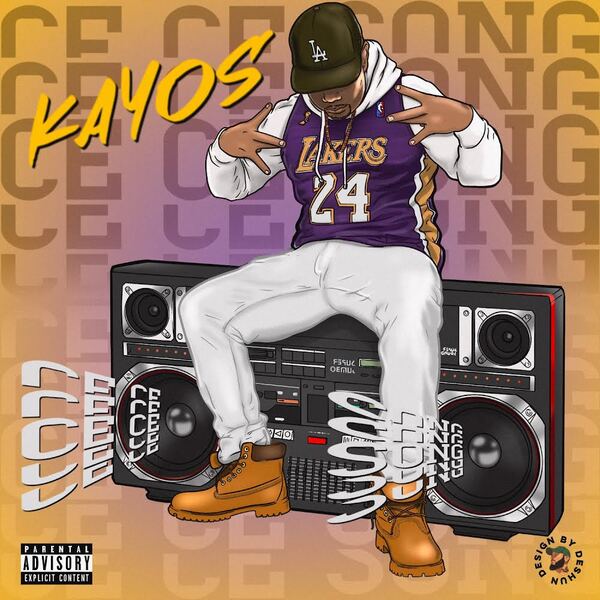 LOS ANGELES, CA – What comes from the heart, reaches the heart. And if there’s one thing fans of Kayos’ music can be certain, it’s that he creates heart-felt music.

Born Demontray Bullard, this Los Angeles-based artist is a luminary in the making. Crafted from the struggle and grind, this young up-and-coming musician is wiser than his years and stronger than the eroded tears of the mothers and grandmothers of his neighborhood in South Central LA. His state name, Kayos (pronounced “chaos”), is a deliberate departure from his birth name. He adopted the moniker as a nod to the environment from which he evolved.

“That’s my upbringing, but not my pathology,” he said. “As artists, we have to be real about the stories we tell and the pictures we pain through our lyrics. There are too many people out here rapping about stuff that’s not their reality, and that’s reckless. Tell your truth, and those who can relate to that truth will relate to your lyrics. You can bridge genres and communities through music and lyrics, and that’s my goal.”

That transparent outlet of artistic freedom is set to challenge minds and connect with an ever-widening global fanbase when he released his latest EP “Stay Tuned” this fall. Featuring different style and vibes from his deep well of talent, the project is one that ties together all the various pieces of his personality and past experiences. It’s a sneak peek of what’s to come in the future, he said, while at the same time serving as a highly entertaining body of work.

The debut single from the project is a song called “CeCe Song,” which is set to drop by mid October. “CeCe Song” is an up-tempo, good party vibe that talks about the LA life while fusing together that hot Atlanta sound with West Coast swag. Produced by super producer RicK Rude, the song showcases Kayos’ standout style and impressive flow, and demonstrates an otherworldly ability to pain pictures with his lyrics.

“I want to expose who I am and what I stand for, but also be able to paint a picture that other people can relate to,” he said. “Whether it’s pain or joy or something that’s motivational – I want you to feel every song. If it’s a party song, when you hear it I want you to feel like you want to party. If there’s something testing my life and I rap about it, I want you to be able to resonate with it right when you hear it. That’s the reason I set the EP the way I did – so that you get a sample of six different styles and sounds and see that my style is not tied into one genre.”

Anyone who listens to Kayos’ music will discover that he’s an artist with a personality with a lot of nuance. He’s someone who can be different depending on the environment, and his music reflects that. He’s like a chameleon, and the songs he creates reflects that lifestyle.

To listen to Kayos’ music, or to follow him on social media, please visit the following links: