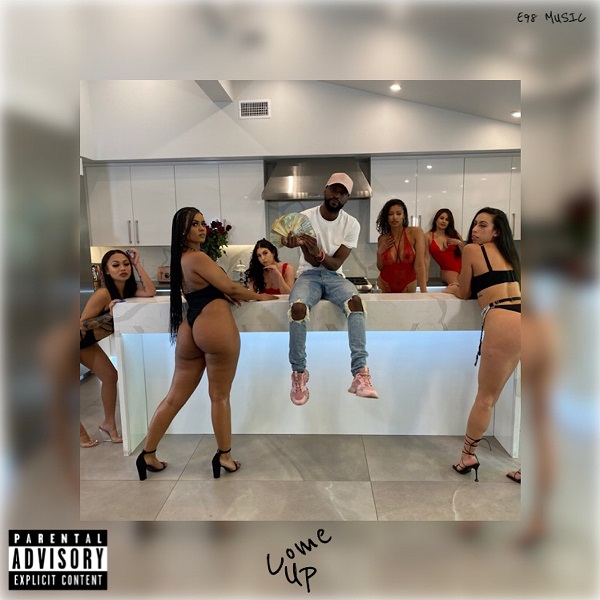 BROOKLYN, NY – Swaggy bounce set against a laid-back vibe sets the stage for the hot new single from East Coast artist Kev the Pope. “Come Up” is a chill summer groove that perfectly showcases the amazing skill of this fast-rising artist, while also introducing the world to an amazing young talent in 16-year-old producer Meloun Joe. It’s a song that comes on the heels of Kev The Pope’s successful EP “Life Is Good,” which made waves all around the world in 2020 and has propelled him into another level of success in his career as a musician. In fact, it was that project that put him on the radar of Meloun Joe, who actually lives in the Czech Republic.

“He found me because of my last EP and messaged me on Instagram,” Kev The Pope said. “He said he had a beat package for me, and when he sent it I was blown away. ‘Come Up’ was one of the first songs I made with him. As soon as I heard it I had the song right away. I came up with it in five minutes and recorded it the next day. We shot the video for it in four hours a week later. It’s the perfect song to describe where I’m at right now in my career. I’m on the come up to reaching the next height in my career, but I have so much more work to be done.”

Kev The Pope is a multi-talented artist who got his name from the late emcee Sean Price. His mission as a musician is to surround himself with positive energy, and in fact his name stands for Please Only Positive Energy, something the New York rapper knows is vital to achieving his goals.

“I’m doing a whole series with that title,” Kev said. “With this one it shows my progress and how I’m elevating. Part 1 was showing that life was good but I’m still working and grinding to get to where I want to be. Part 2 shows you that life is good, but I’m still on the come up. This one has some features on it to see that I’m working with more people and growing as an artist, and it’s all produced by Meloun Joe, so it has a different feel than the last one.”

Kev said he hopes his music will ultimately be known for being timeless and influential. “Come Up” is the kind of song that will help him get in front of a larger global audience, and it’s catchy melodies and bouncy vibe are sure to inspire people in a myriad of ways.

“That’s true of all my music – it’s something that people can gravitate to,” he said. “My music is motivational and inspirational and has content that’s teaching you something.”

To listen to Kev The Pope’s music, or to follow him on social media, please visit the following links: