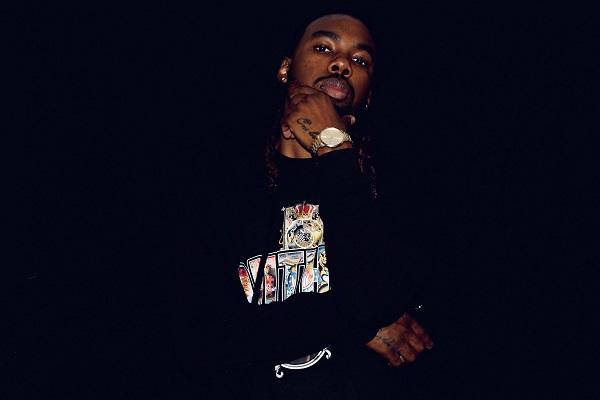 TOLEDO, OH – Midwest artist Keyn is ready to take it to the next level. Known for his three-part album series “The Drop Off,” Keyn has developed a large following throughout Ohio and the central part of the U.S. But with his latest single, “Draft Night,” he’s ready to grab an ever-widening audience along the East and West Coasts and eventually, an international audience.

That eager sense of anticipation is the very essence of Keyn’s new single. Tapping into the vibes that every prospective professional athlete feels in the moments before being officially drafted by a team, Keyn uses an upbeat Trap vibe to show off his unique delivery while expressing how he’s ready to take it to the next level of the industry.

“It’s all about the anticipation of draft night and how you feel when you’re hoping to get drafted,” he said. “For a long time, I was known as the kid around the neighborhood who was always rapping. As I grew older, different situations happened where I could take it to another level – doing shows and open mics and little performances around the state. I started pushing some mixtapes in my teenage years, and then put out the first album in 2018 which created even more buzz. I’ve been staying consistent with it and now it’s time to take it to the next level.”

Keyn said “Draft Night” is the first of a new album that’s set to come out in early 2021. Working with a fellow Toledo producer named Cook on the Beat, Keyn’s “The Key to Cookin” will show fans his evolution as an artist and display to a global audience his ability as a talented musician worth being taken seriously.

“When it comes to my music, it’s all about substance,” Keyn said. “When I come into my songs, it’s the content I put out there – content that people will never expect. I’m not a standard artist. I can touch on anything I went through in one song and still make it diverse. I have a laid-back style but at the same time, my delivery is a little aggressive – the bars can be aggressive now and then. I guess you could call it laid-back Trap Rap or Smooth Trap.”

Keyn also emphasized how versatile he is as a musician, noting that he sings on some of his tracks and has worked with Cook on the Beat to layer in some harmonies on the forthcoming album. From a content point of view, he said he wants to offer fans a range of perspectives – from stories from the streets to uplifting, anthemic jams that will inspire others to make the best of their lives.

“Sometimes I approach things from an outside view,” he said, “like I’m a third person looking at what’s happening. So if you’re going through something and you need to talk to somebody but you don’t’ have anybody, I want to put the music out there that will be your outlet. If you want to express something and you can’t, my music is out there for you to use to relate to it. And at the same time I still make music for people to ride to and just enjoy.”

“Draft Night” is currently available across all streaming platforms.

To listen to Keyn’s music or to follow him on social media, please visit: