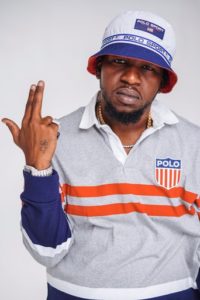 MIAMI, FL – Travion Williams – better known by his stage name Lipp – is an artist and singer/songwriter who is profoundly and considerably underrated. Hailing from a small town near Miami, Florida, called Opa-Locka, this artist comes from the hard knock life of the inner-ciety. He was inspired to pursue a music career while in high school, and in the years since he’s been working to perfect his craft and hone in on a signature sound and style.

That originality comes front-and-center with his latest album “Aight … I’m Done,” which has been getting major buzz in the month since its release on May 28. It’s a project that features real street music across 10 songs that chronicle the story of his life. Over the years various situations have landed Lipp in courts and state prison cells, which ultimately slowed up his process of a promising career. Now that he’s a free man, he has the drive and tunnel vision to further his musical status.

“I’m not only ready to put a permanent stamp on the rap game, but the music industry as a whole,” he said. “I’m working non-stop. I’m already known for having one of the most distinctive voices in Florida, and I’m fixing to be a real problem in Florida’s rap scene. I’m ready to show the world that I’m here to stay.”

The debut single from his new album is testament to that fact. “Crashout” is an upbeat and aggressive track that perfectly showcases the impressive talent of this up-and-coming artist. It’s a song with a fun vibe right from the get-go. It has a nice bounce to it, with a melody that features the sounds of a harpsichord running in the background. As Lipp raps about the various things in life that cause people to fail and the decisions that often lead to “crashing out,” he whips words and flings lyrics out into the world like little wisdom knives. They’ll cut, but they’ll serve as words of caution to anyone who thinks that living the dangerous life will lead to something good in the end.

“You don’t want to crash out,” he said. “You don’t want to do something stupid. When you do, you end up back in jail and life just passes you by. I’ve been there and I know, and I feel like I have the experience to help others get away from that life and make better decisions.”

Lipp doesn’t shy away from the attitude on this track – he’s brash and confident and aggressive, but it’s inviting at the same time. He’s got attitude, but you can’t help but smile as he presents an unrelenting onslaught of flow and rhythm. There’s no doubt that it’s a fun track, and listeners will be bouncing from beginning to end. But more than that it’s a cautionary tale to anyone who will listen – as is the entire album.

To listen to Lipp’s music, or to follow him on social media, please visit the following links: