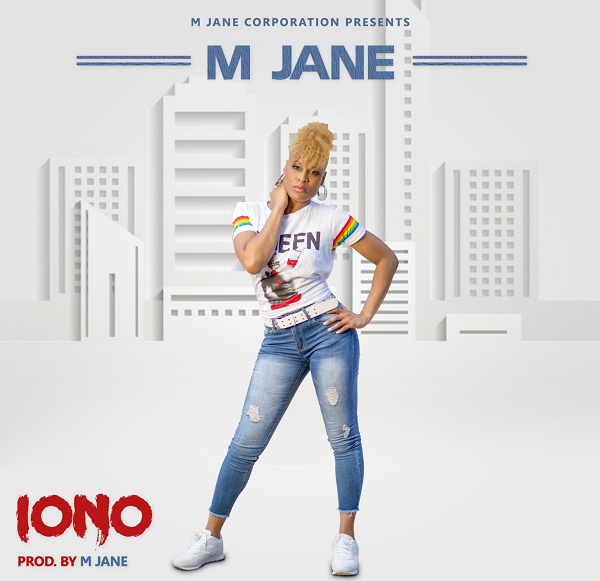 Hailing out of Little Rock, Arkansas, this fast-rising young talent is set to take the music industry by storm with her unique new sound and style. Her debut single, “IONO,” is already creating buzz throughout the Southeast and priming her for a whorl wind second half of the year as she drops more and more music.

The single shows off her naturally soulful voice which she’s honed over the years of singing Gospel in the church and exploring her sound at performances all over the country. It’s a song that talks about the anticipatory moments that come in that period right before you’ve attained success – the moments that are difficult to wait on.

“It talks about before I get on, I’m waiting to get on,” M Jane said. “I don’t know when it’s gonna happen but I know it’s gonna come. I might get a lot of haters behind it, but I’m gonna keep pushing and keep grinding while I’m waiting for that success.”

The up-tempo vibe is a perfect introduction to new fans of her one-of-a-kind style and is sure to have people bouncing as soon as they hear it. Like all of her music, “IONO” was written and produced all on her own. M Jane said she’s been honing her craft as a musician since she was about 7 years old, and for the past decade has worked hard to become a quality producer who can make her own beats and mix her own music. When she combines that with her true, natural gift as a singer, she becomes a singular talent within the world of Hip Hop.

“A lot of Hip Hop female singers aren’t true, raw singers,” said her manager Desmond Tappin. “They might know how to sing or have a decent tone but they have to rely on auto-tune to make it sound perfect. But M Jane has the whole background of singing and has a natural talent. Plus, she knows music – she knows notes and keys and theory. Put those things together and you get a different sound to Hip Hop than anything else out there. She has that true soul vibe that goes with the Hip Hop that creates a different sound for the listeners. More than anything else, she just creates really, really, really good music. Most people in Hip Hop right now and anyone who is a fan of that genre will hear her music and know immediately that it’s good. She’s not a one-hit wonder who will be gone in a couple of years. She’s the real thing and this is just the beginning.”

To listen to M Jane’s music or to follow her on social media, please visit: