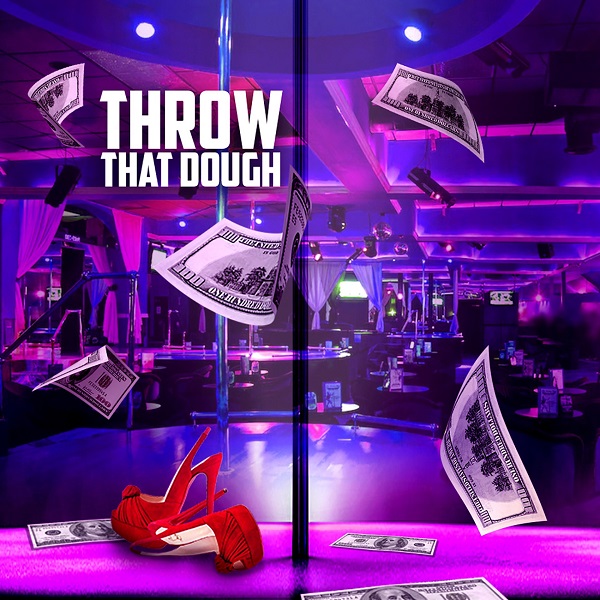 Originally from Brooklyn, NY and raised by his grandparents, M Soto is ready to break barriers in the game. His latest hot new single, “Throw That Dough” on Spotify, iTunes and other platforms, is proving his capabilities with well over 100k streams. “Throw That Dough” gives you a feel and setting of being in a strip club while the dancers work their magic.

From an early age, he started writing poems as an outlet for him to express any sadness he was feeling while growing up. His love for music and poetry developed into an interest in creative songwriting. Recognizing the similarities between song and poem creation, M Soto began to refine his craft. Hearing other artists such as Jay-Z, Notorious B.I.G, Nas and 50 Cent influenced him to focus on songwriting.

Capturing the experiences while traveling and hearing some of the music played at venues led to the creation of “Throw That Dough.” Although the song has more of a club feel than the other music he was making at the time, the single has gotten a great response.

Currently residing in Baltimore, MD he recorded the track and a few others in his own built studio. Not satisfied with the work of several engineers, he took upon himself to take classes in an audio production school to get the sound he was looking for. “I just wanted to be satisfied, [for them]to bring out the best out of my music and I didn’t get that.”

M Soto’s first big break came when a publicist affiliated with Sony heard his music. That connection led to a distribution deal with Sony Records and streaming numbers in the hundreds of thousands for Soto. However, it hasn’t always been easy for the songwriter. As an independent artist, having the budget to do everything Soto wants to do is a challenge. On top of that, he spent a lot of money in areas he didn’t need to early on. Soto believes that one of the greatest challenges for any new artist is the lack of proper knowledge of the business side, and knowing where to allocate funds.

M Soto’s music is full of variations: from the club to a state of mind of realization. He also has a podcast called “NYO Podcast” (Not Your Ordinary), featuring himself, his producer and his director. For the podcast, the men talk about all different topics, and there is no holding back from any of them.

M Soto and his team are also putting everything together for his next single, “Blessed.” Recorded in April, the music video is complete and the finishing touches are being added to the track.

To listen to M Soto’s music or to follow him on social media, please visit: