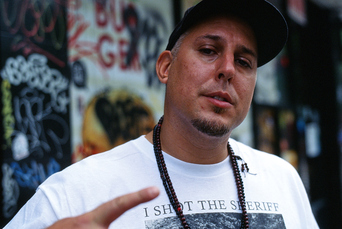 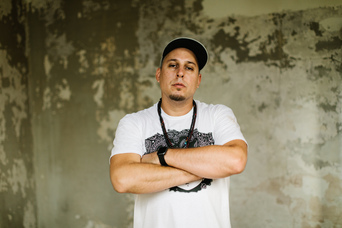 NEW YORK, NY – With more than two decades in the music industry, Mic Nickels has become an inspiration for underground indie artists. His latest hit single is a nod to that pedigree and an homage to the rap lifestyle. “Rappers Don’t Smile” is an upbeat, fun track that examines the phenomenon of the scowling rapper. Debuting as the first single from his forthcoming “Bars For Days” album, the song features a bright piano melody laid against an energetic and playful beat. It’s a fun track that pokes fun at the “scowl” for which many rappers around the world have become known. And the video – directed by Luis “Fuego” Moya – utilizes cameos from many underground rappers showing off their meanest “ice grills,” including Blacastan, Masai Bey, BMS, L.I.F.E.LONG, Mr. Cord, J SWISS, Whichcraft, Discrete, Brimstone, Emaculit, Quest the Unborn Child, Saint Joseph, Dik Dastardly, Keith Elite, Rude 100, Odyssey Fluxx, and Ekym 1536. Produced by the notorious Colombeyond, the song is easily one of the most fun and upbeat hip-hop tracks fans will ever hear.

“For me, hip-hop was meant to be fun,” Nickels said. “It’s a break from the struggle. Somehow over the years it became the struggle, but I wanted to bring back that feeling of fun. I’ve gone to a lot of open mics, and everyone is always so hard and angry. I wanted to examine the phenomenon of the scowling rapper and break that down. The irony is that when I was writing the song I was taking a creative writing class and the teacher wanted me to talk about smiling. In my head I was like, ‘Man, rappers don’t smile!’ And I realized it was pretty hilarious and perfect. And then the beat Colombeyond sent me was called “Smile” – which he paired with this old, obscure sample from South America from the 70s that was light and fun – and it just came together for me all in one sitting. That happens sometimes for me. Those are the magic moments – when you’re inspired and you can just do the whole track at once. I’m really proud of the song. It fits in the boom-bap vein, which kind of encapsulates who I am. And if you just randomly met me one day you might catch me smiling because I’m generally a positive dude.”

Nickels said he plans to drop a couple of singles from “Bars For Days” before releasing the full album on Dec. 10. “Rappers Don’t Smile” will be released across all streaming platforms on Nov. 5, followed by “Sky City” on Dec. 3.

To listen to Mic Nickels’ music, or to follow him on social media, please visit the following links: