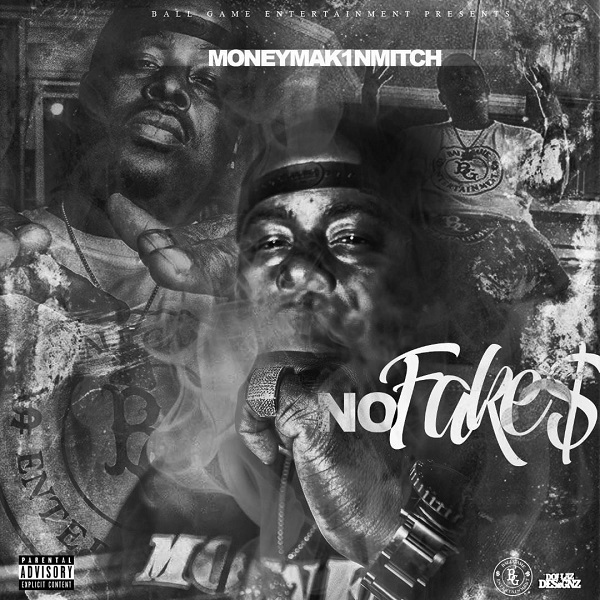 So. Florida artist, Money Mak1n’ Mitch calls out the phoneys with new single “No Fake$”

ATLANTA, GA – Songwriter and rapper Mitchell Butler, known by his professional name Money Mak1n’ Mitch, has his ear to the streets. His music talks about what is going on with life in general and he is building those life experiences into his music.

Dropping early this month, his hot new single, “No Fake$” warns about the different types of people one encounters particularly while navigating through the music business. You have to be on the lookout for fake, two faced people who smile in your face, but have other foul intentions. Recorded at Loud House Studios in Atlanta, the track showcases Mitch’s authentic sound and clearly defined message. While not simplistic, his lyrics and flow are easy to follow. The song is also relatable, discussing something that an average person will typically go through. “No matter who you are or where you are,” Mitch said, “you’re going to experience some shady people and shady experiences through your life.”

Released in 2018, the previous single from Money Mak1n’ Mitch was the braggadocious track, “TOLDJA.” On the way up, you can look back at the people who did not believe in your business or hustle to tell them “I told you that I was going to be in this position!” While “TOLDJA” conveys a strong “Look at me now!” attitude, the new single, “No Fake$” is more contemplative. The artist talks about being able to see false people with bad intentions, and he knows that he doesn’t want them around him.

A recording artist originally from Dade and Broward Counties in Florida, Money Mak1n’ Mitch is now based in Atlanta. He is also the CEO of the BallGame Entertainment label. Mitch stands firm and grounded as a person and an artist whose writing process involves real life experiences, whether his own or those he has observed in depth. Always entertaining, Mitch is bringing home relatable issues and topics.

Check out “No Fake$,” the new single from Money Mak1n Mitch, after its release on Friday, October 2. Love it, vibe to it and share it around. The artist promises that “you will find something in there (if not the entire record) that you should be able to relate to!”

To listen to Mitch’s music or to follow him on social media, please visit: