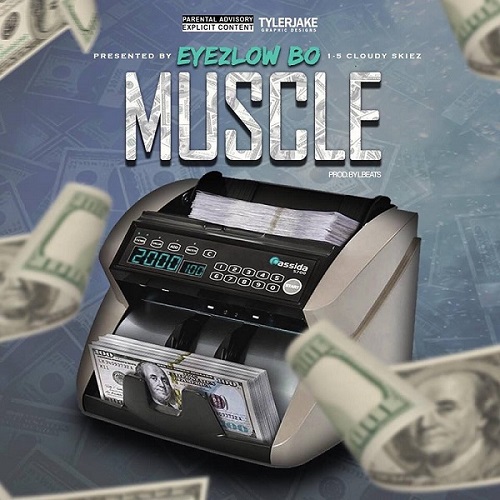 RACINE, WI – When people ask Desmond Crawford why he chose the stage name Eyezlow Bo, his answer always brings a smile to their face.

“I’m always ‘medicated,’ I guess,” he said. “And I’ve got a lot of smoke songs. When I started combining those things and doing what I do, I became Eyezlow Bo.”

Today, Eyezlow Bo is an up-and-coming artist from the Midwest whose Midwest sound is heavily influenced by the South. While growing up in Wisconsin and listening to Bone Thugs N Harmony and Twista, he was also bumping Three-Six Mafia and 8Ball. All of that combined with the musical influences his family brought to the table from their home town of Memphis, Tennessee. And that fusion has turned into the unique sound and style that he has become known for today … all of which is on full display with his new album, “Space Mountain.”

The nine-song album is all focused on his journey toward the top. It’s filled with good vibes, turn-up songs, and – true to his name and reputation – a lot of smoke songs. But more than anything it’s a project that lets people into his mind and explores stories and experiences from his life in ways that he hopes will connect with others.

“I think what sets me apart from a lot of others is my flow, my consistency and my work ethic,” he said. “I’ve been doing this since 1997 and I continue to invest in myself 20 years later. I’m trying to live this dream. I’m still here and I’m still consistent with my flow and I want to be known for my rapping ability. I kind of want to be like Wiz Khalifa or Cheech and Chong, but as more of a rapper. I’m not into mumble rap. I stay turnt up and keep the energy, but you gotta be able to rap too, when you’re doing that. And I do.”

The debut single from the new EP is a song called “Muscle.” He describes it as a “grind,” with lyrics that might at first be mistaken for a guy talking about drug addiction, but which are in truth, homage to the hustle that is his music. The very name of the song, he said, is an indication of the kind of work he’s willing to put in to get his music to the masses.

“I’m trying to hustle my music,” he said. “This is only the beginning. And with my new label, Cloudy Skiez Enterprize, I believe I have finally arrived.”

To listen to Eyezlow Bo’s music or to follow him on social media, please visit: