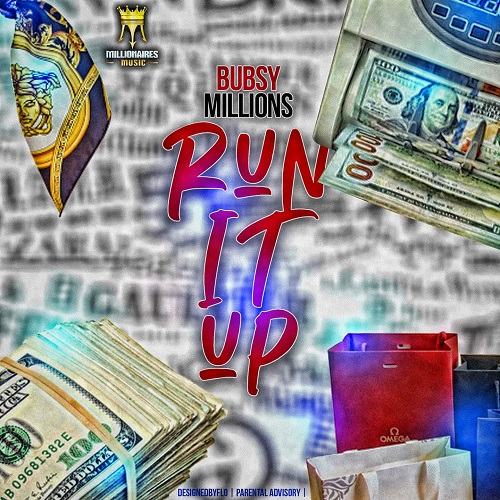 Here’s the visual, hood corners, hungry hustlers and consistent customers. The streets are nothing to play with and there are rules to moving in a territory. In the middle of these streets is the Bosses, the ones who demand respect, the ones who expect the correct collection. In a three words “Run It Up”.

Bubsy Millions is that boss you respect, the hustler who go get it and he prove this with Blaze produced single “Run It Up”. This that late 90’s flow mixed with today’s feel. This the hustler, the grynders, the pushers anthem. To be on your “Ignant” as described by Bubsy Millions you got to “Run It Up”. The delivery is sharp, the beat knocks, the streets is wit it.

Listen to this record like a fien needs his fix. Run it Up is the product. Pay Up.