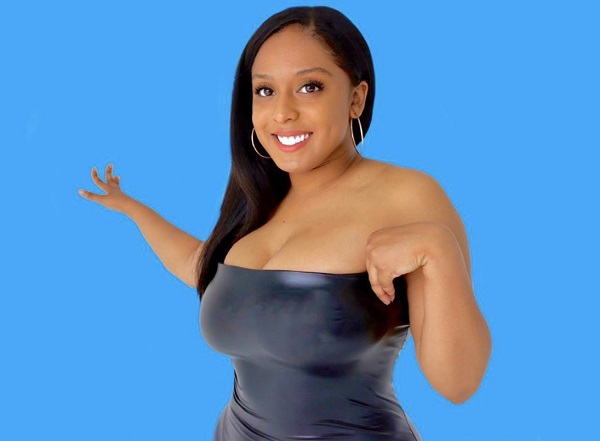 QUEENS, NY – Straight out of the melting pot of New York City comes a breakthrough independent rapper with a fresh new sound that is undeniably versatile. Najee Rayne is a 23-year-old songwriter exploring new waters as she opens up to tell the world about her hardships and past loves with an R&B and soulful Hip Hop sound on the new album “The Total Package,” currently available across all streaming platforms. Feeding her audiences sounds that people have yearned for, she offers a promise of real, authentic music every time she gets in the booth. This new album showcases her talent through creative rhythms and soft melodies, and displays some of the most original Rap any female artist has yet to release in recent history. Her raw, relatable lyrics and catchy choruses are why she’s been referred to as 90s music reincarnated but with a millennial vibe and sound that no one has yet to see or hear.

“I’ve been a rapper for 10 years. I started when I was 13,” Najee said. “Recently, I’ve struggled with getting in the studio and creating a real mixtape or project. So at the beginning of the year, I set out to do that and this project came from that dedication. Me and two close friends helped me stay organized and they were a big part of the album project. The idea behind it is to give a large musical compilation that could also be looked at as a discography. A lot of times, people get caught up in the trendiness of things, but I’m creating songs that people can listen to years from now because they create good memories. I strive to create good, relatable music for people with real lives and real issues. At the end of the day, I hope it’s known for being real and authentic. One of my goals is to be one day compared to the greats right now in Hip Hop.”

With singles like “No Love Lost” and “Wish List,” Najee is well on her way to making that dream a reality. Calling herself a rapper who likes to sing, Najee shows off that raw talent on “No Love Lost” with an upbeat and aggressive vibe that features what she calls a “jingle” on the hook. It’s a song about taking a step back and filtering out the bad energy that can sometimes gather around you, she said.

“It’s about your friends and who’s really for you,” she said. “The verses are about my experiences of depending on people. Check on the people you can depend on and call on is basically what I’m saying.”

With “Wish List,” Najee gets even more upbeat and aggressive. It’s a song about misogyny and men and sexism. With her aggressive lyrics, Najee explores how women are sometimes perceived to owe men sex because of the way they project themselves. It’s a song, she said, for women who are interested in men but might feel obligated to them.

“I’m basically saying to men, ‘You can’t have me but you can put me on your wish list,’” Najee said. “It’s me describing the type of guys I like – the type of guy most girls like – but in an empowering way to other women. It’s very, very aggressive and has a lot of sexual tension.”

To listen to Najee Rayne’s music or to follow her on social media, please visit: 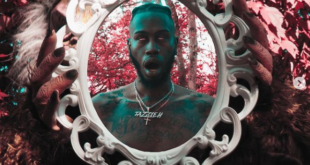