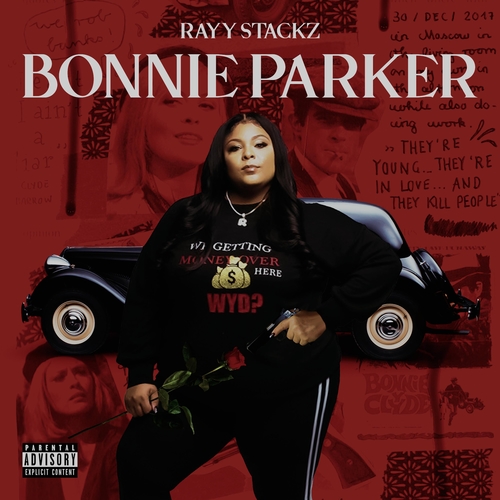 Rayy Stackz is an emerging artist from Memphis Tennessee, a flourishing independent female with rap music expertise. Since the age of 12, she has been around music with a heavy influence on instrumentals such as a piano. Although she ventured off into writing her music as she grew older, she brought in her style, grind, and motivation that depicts her persona and journey that double her appeal to the audience.

Music for Rayy is a therapeutic medium that helped her through her hard times by channeling her emotions through her lyrical talent for the world to hear! A ‘gangsta’ style depicts her aggression and drives for more to create versatile music throughout her incremental career.

Rayy Stackz’s reason for being can be heavily credited to her mother, her inspiration, who worked hard without complaining to provide for her. In addition, she is inspired by people who are adventurous, cheerful, and carefree. Transitions in life inspire her to write more music and are motivated every day to create soulful beats.

Every artist goes through a creative process to come up with revolutionary music that the masses enjoy. She has a unique creative process of creating music through vibes. As long as she has a studio and her mic, she’s ready to roll.

What’s in it for the future? Rayy Stackz has big plans for the future; she is debuting her EP ‘Bonnie Parker’ produced by Countriband Beats. The tracklist alone speaks highly of her creativity, proven through her latest hit, ‘Ion Feel It.’ In addition, she’s looking towards launching her website for her brand ‘Stackin Season.’ Stay tuned for an announcement that entails hustler mentality and an incrementally growing journey.