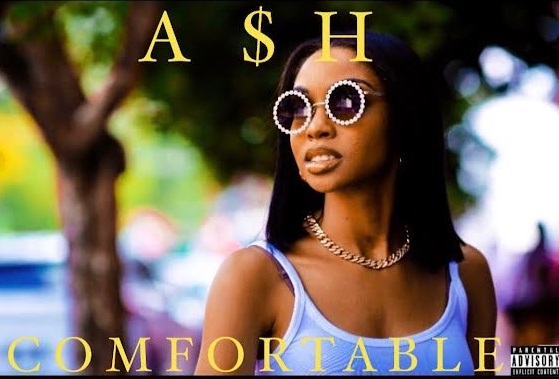 Ashley Lawhorn (born December 5th, 1991), known professionally as A$H, is an American versatile Hip Hop & R&B artist, songwriter and motivational speaker. She was born in Montgomery Alabama but resided to Queens New York in 1997. She started writing at the age of 12 years old , also played an instrument (the piano) which helped her perfect her craft at the age of 15. Her first exposure was in the Newspaper (Queens Chronicle) at the age of 18 when she performed (singing) at a church in Queens NY.

Her music career fully began in NYC doing showcases with Pow Tv where she always amazed the crowd with her soft vocals and touching motivational lyrics with a powerful twist of aggression and energy mixed with dope metaphors when she raps. She was in the Queens Chronicle Newspaper for the second time for an interview from standing out as a music artist from her city & winning alot of showcases. She is now working on her first project/EP which is titled “Everything takes Time”. She is pushing one of her singles she has released that will be on her project is titled “Comfortable”

STREAM COMFORTABLE ON SOUNDCLOUD, SPOTIFY, iTUNES AND ALL OTHER DIGITAL PLATFORMS NOW