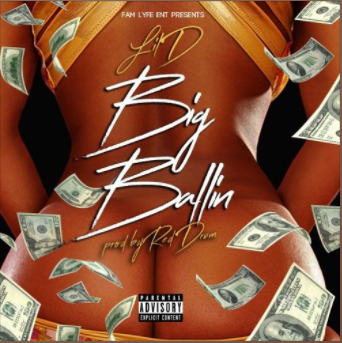 Lil D is a rapper hailing from Lorain, OH, a suburb of Cleveland. He has been rapping for 15 years. Music has always been in him, when he was younger he was always writing and recording songs. Project Pat, Nas , Jay-Z, 36 Mafia and UGK are amongst his list of musical influences. Over the years he has released 6 projects and has done collabs with Hell Rell from Dipset, Ray Jr, Ray Cash, Young Shank and more. He makes different types of music. Some of his songs are trap songs while others are clubs songs.

“I come from a small city that’s grimey and I’m just trying to make it. I’m just telling my story.” -Lil D

His latest single “Big Ballin” has over 85k listens on SoundCloud. The track was produced by Red Drum. You can listen to the track on all music streaming websites. The video will be shot by Ced Lynch and will be released soon. Lil D is also working on a new untitled project that we be released later this year. Keep up with him on social media: