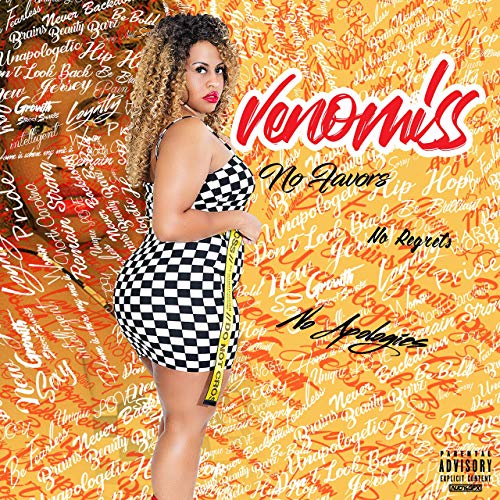 Venomiss is one new independent artist on the rise, that is taking matters into her own hands. With constant press and featured on many major outlets such as Power 105.1 and more, she is going no where but up. Recently releasing her new album “No Favors, No Regrets, No Apologies”, Venomiss had critically acclaimed feedback and also garnered while counting thousands of plays on Spotify.

With hot records such as “Inception”, “7 Deadly Sins” “& Far Away” many are picking up rotation on radio, while she also has videos to compliment many records from the album. Here is the album and a fan favorite with “Inception” to check out.

“No Favors, No Regrets, No Apologies”
https://open.spotify.com/album/4RQZbKf0ZVKpL9FWJB1cU3