A force to be reckoned with, a master of sync, all out of a self-made operation in Minneapolis, Minnesota –producer/songwriter/engineer YMMI is poised to continue making waves in the industry.

Mentored by Prince and the NPG’s musical director, Morris Hayes, YMMI quickly found himself co-writing songs for hitmakers like the platinum R&B group NEXT, touring with Tech 9, and opening, for prominent names in hiphop like T.I., Yo Gotti, Plies, T-Pain, and Nelly. He is no stranger to large audiences, having performed for audiences of over 2,500 fans. YMMI strives to take his own sonic approach to music that spans several different musical genres, and never boxes him in to one single category.

YMMI has independently raked in over 1,300 music and song placements across a myriad of film, video game, commercial, and TV platforms. You may have even heard his work during the most watched television broadcast in the world — the Super Bowl where he composed a key cultural moment for global brand Budweiser for their Super Bowl commercial featuring T-Pain.

He has also served as lead music contributor and consultant for Activision’s “Fast N Furious: Showdown” for Xbox and Playstation. With a new production partnership deal with Viacom under his belt, a forthcoming single, along with live show dates, YMMI is fully set up for success in 2019. 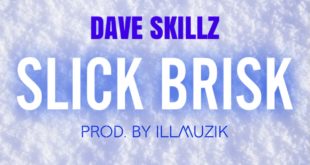