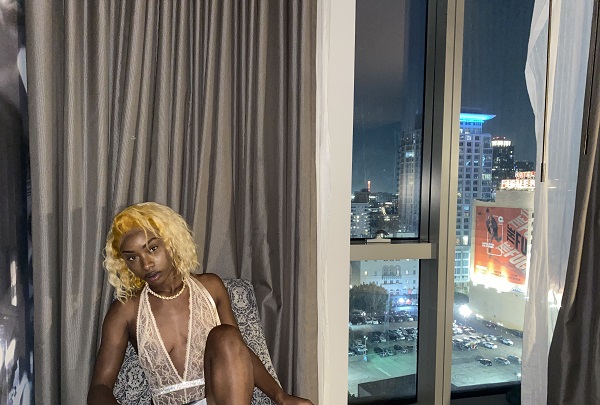 That’s the sentiment Chicago-based artist Onna Deshae captures on her new EP “Intro to the Pearl Bible.” Currently available across all streaming platforms, the eight-song project features a variety of sounds and styles that explore her spiritual journey through life, with ups and downs that have helped to mold and shape her into the self-confident and powerful young woman that she is today.

“A bible is another guide through life and this project is an intro into that guide,” Onna said. “It’s a series of stories or things I’ve gone through that have led me to want to go on that journey of finding my most perfect self. There are songs about relationships – both romantic and with family and friends – and songs about our political environment, and just basically things that we go through in our everyday lives. It’s songs that would represent what it might be like if you were to walk through your history and remember what you’ve been through. When you do that, you realize the best way to move forward is to step into a new life.”

At only 24-years-old, Onna is making quite a statement with this project. But she’s no stranger to the music industry. She’s been a singer/songwriter for more than a decade with success on a national scale. She credits her grandmother, Jacqueline Oneal, for being the person to push her and encourage her through the years. She said her grandmother always encouraged her to write in her diary and eventually, to turn those things in her journal into songs and pursue music as a career.

The EP starts off with “Rush” which is an immediate entryway into Onna’s life and how she feels about men, relationships, and her confidence. It’s a fun and playful song that many other women around the world will connect with as she explores her insecurities and how she’ll always walk through her anxieties with power.

That’s followed by “Harvest Season” which examines the emotional state that sometimes leads people to make bad decisions when dating. Then comes “Girl, Viral” which is a song about Onna’s view on social media in today’s world and how it affects relationships and personal standards, often challenging the belief systems of many people who overuse it. This song features fellow rapper O.G. Casey.

Also collaborating on the project was an artist known as Riodezonero who was featured on and engineered, the fourth song “Social Distance.” It’s a song about isolation and how the pandemic has forced a lot of people around the world to change their thoughts and learn to be ok with being alone.

“Actin Bad” is the fifth song on the EP and is Onna’s heartbreak song. It talks about the love that a person receives and how some people use that as a weapon against others. She said the song was inspired during a time when she was in a dark space and was causing self-harm to her spirit. OG Casey also worked with her on this song to craft the lyrics.

Coming out of that song is an anthem for women in the form of “Pum Pum.” Onna said the song embodies the power of the lady and the lady parts, and is about being firm in decisions when it comes to protecting “your temple” – the body and mind. She said “Pum Pum” will be an anthem for women all over the world to take power in their sexuality and their choices.

The last two songs on the project are “Options” and “Warm.” The first features another producer named VerySpecialEd, who helped Onna craft lyrics that capture her feelings about making choices that protect her from the self-doubt that can often creep in. And “Warm” finishes the project with a song that she said is “the epitome of the Pearl Bible for me.”

“It’s a strong, poetic description of what I know love to be after the storm of stories I share on this project,” she said. “Love is warmth and protection, even on the coldest of days. I want a man who can keep me warm and protected in all aspects of my life. ‘Warm’ was a very poetic experience for me and my favorite song from the project.”

Onna said that “The Intro to the Pearl Bible” is just the first of a series of projects exploring the Pearl Bible. The follow-up, “Journals of the Pearl Bible,” will come in 2021. Onna also said there is currently a 45-day dance contest associated with her single “Rush” with winners set to be announced on Nov. 21. The challenge is to come up with unique choreography that fans can post to their social media with the hashtag #rushdancechallenge and @onnadeshae. Winners will receive a $200 cash prize, and the runner-up will receive a $100 cash prize. Winners will also have the chance to be featured in one of Onna’s future music videos.

To listen to Onna Deshae’s music or to follow her on social media, please visit: