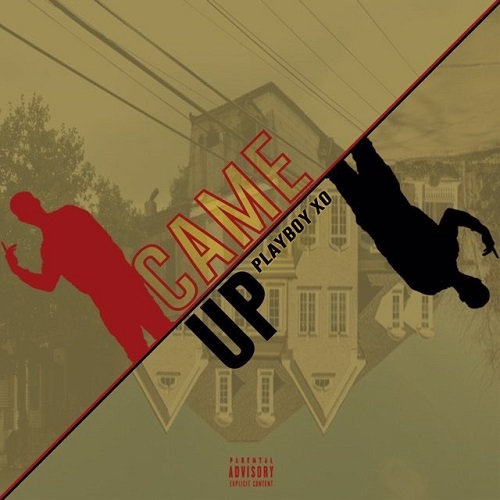 Producer, songwriter, and now rap artist PlayboyXO, is set to debut his own solo project in the spring of 2019. PlayboyXO, is best known for producing the Recording Industry Association of America® (RIAA) Certified 2x Platinum song “Genie” for NBA Youngboy. “Genie” received 54 million streams per week for 6 weeks straight after its release in April 2018, and to date, has received over 200 million views on YouTube. His collaboration with NBA Youngboy also includes the platinum album Until Death Calls My Name and the single “No Mentions,” which earned RIAA Certified Gold and over 80 million views on YouTube.

His next major single produced for the artist, “No Mentions,” received over 200 million streams. From those hits, he went on to produce music for the Grammy-nominated artists, Travis Scott and SZA. PLAYBOYXO joined the newly formed music label, Break-Out Music (BOM) early this year is set to drop his new single “Came Up.”

“BreakOut Music is a woman CEO driven company by CEO Miriam Bavly, and she believes exceptional talent needs an exceptional opportunity to break out.” says COO of BOM Peter John. After producing numerous record charting hits for various artist, You can always recognize a PlayboyXO hit when you hear: “Playboy on this “B*ch, but he ain’t playing.”

ABOUT BREAKOUT MUSIC
BreakOut Music, Media, & Management (BOM) fortifies exceptional artists with strategic, personalized game plans to elevate their careers. Each of our artists is hand-picked for their talent, marketability, unwavering commitment to their art and careers, and their integrity in working with other industry professionals. Through proactive collaboration with our artists (and often their families), we add value by implementing effective brand positioning resources to maximize their momentum with our strategic marketing and major label distribution partners. Very importantly, BOM is committed to ensuring our artists are empowered to be self-sustaining, knowledgeable, long-term players in the entertainment business. BreakoutMusic.com BreakoutMusic.com