ORLANDO, FL – A hot new single from Florida-based artist Polo Candana is hitting the airwaves and making a lot of buzz across the U.S. this summer. “Toast Up” is an upbeat, feel-good jam that’s ready-made for parties and clubs and any other kind of gathering. All about celebrating the joy of life, the song has been making its way across the U.S. like a wildfire as an ever-widening audience embraces its bouncy groove and overall happy feeling.

The single is the first off Polo Candana’s new nine-song EP “Do It Well,” which is slated to release wide this fall. And though “Toast Up” has an upbeat energy that is sure to get people moving, it’s just one of many vibes that this fast-rising young artist brings to the table on the new EP.

“That project is a little bit of a taste of everything,” Polo Candana said. “I’m a rapper, but I can also sing. There’s Trap, but there’s also some uplifting songs like ‘Toast Up,’ and some are more sentimental and storytelling-based. I got a lot of character and a lot of energy, but this project will really show the different flows I bring to the game. I feel like I just bring a lot of different elements to music.”

As he ramps up for the release of that project, Polo Candana said he’s excited to ride the wave of attention that’s coming from “Toast Up.” A music video for the single is currently in development and should be released by August. Shot on Cocoa Beach with members of his family, it’s a video that will fully embrace that element of celebration that he captures through the music.

Polo Candana said he got his start in music around age 17. Living in Fort Lauderdale at the time, he met a group of friends who shared his passion for music and they started a group called The South Side Hippies. They performed in Miami and throughout South Florida, and recorded some projects that made their way among audiences in Florida. Faster forward 10 years and he’s still making music and working full-time as a recording artist. His single “Macaroni,” which dropped late last year, really made a splash with audiences across the U.S. and has garnered tens of thousands of plays across streaming platforms. And he’s now folloing that up with “Toast Up.”

“My music is timeless because I try to bring out the emotions,” he said. “When you put your emotions into your music, it’s more long-lasting and connects with more people. I feel like people realize they have more things in common with one another when they can connect through music, and the best way to do that is to pour emotion into it.”

To listen to Polo Candana’s music, or to follow him on social media, please visit the following links: 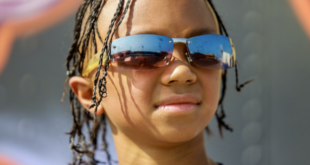