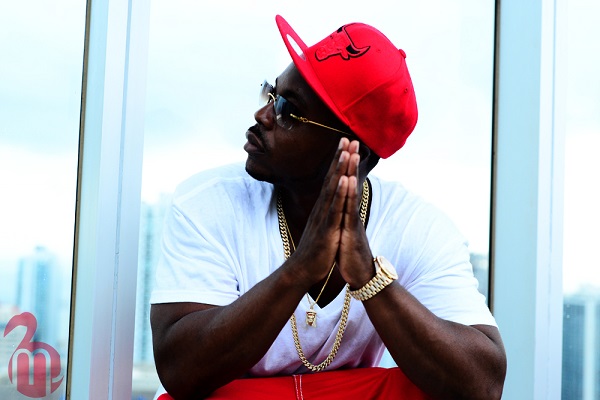 SAN FRANCISCO, CA – Rich Debiase is one of those artists who can’t stop making hit after hit. Over the past decade, he’s dropped so many singles and EPs that his sound can be heard in nearly all corners of the world. And it’s not a sound that’s static – no, it’s a sound that has changed and evolved over the years to reflect not only the modern vibes that have become popular through Hip Hop but also to share the inspirations of his own life with the rest of the world.

Most recently, that evolution can be seen with his hot new single, “Bands Ova Night.” Dubbed as a “hard-hitting reality rap,” the new song is one that Rich said is full of energy and will stick in the listeners minds long after they stop listening.

“I just had to tell the truth on this one,” he said. “There’s so much going on in the industry right now and I felt like I had to hit on some hard reality. Basically, I’m just saying that we wanna go get that money fast. We’re not waiting for it and sitting around. As fast as they can print it, we can go get it. We just dropped a video for this on May 15 and it’s already blowing up. I predict 3 million views in two months, and that’s because the world needs this kind of song right now. They need some of that new-school Tupac that I bring. They need somebody to give them that thorough raw-ness and confident energy.”

The single is actually the first off a new album from Rich called “Rich Report” which is due out in mid-July. The 13-track album will put his new vibe and energy on full display. It’s a project that he calls his “rebirth.” For much of his career to date, he’s been known by the name J-Rich and that name and brand has developed a very specific reputation. It’s a reputation he’s proud of but it’s also one that he recognizes must evolve in order to continue to have a powerful voice in the music industry today. This forthcoming album and his new name Rich Debiase, is testament to the kind of artist he can be – one who can change with the times and who will always bring relevant messages through his modern-sounding music.

“I rap about shit I see in everyday life and not everybody sees what I see every day,” he said. “I’m not rapping about other people’s lives or things I don’t experience. Nobody has had my experiences or seen the things I’ve seen the way I’ve seen them. So I’m giving back my real-life experiences through my music. It’s not cap Rap. It’s reality Rap. I see it and I rap about it. And at the end of the day, it’s all about motivating people. When you see me, you see someone who came from absolutely nothing. I came from poverty. I’m living proof through my music and lifestyle that you can come from nothing and make something. My music lets people know that where there’s a will, there’s a way. If you put in hard work and keep grinding and keep your nose clean, you’ll get to where you want to go. It ain’t easy, but my story shows you that it can be done.”

To listen to Rich Debiase’s music or to follow him on social media, please visit: