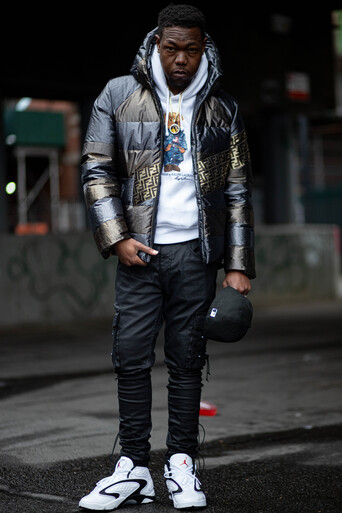 BRONX, NY – Isaiah Jenkins is really a very private person, but when he found out at age 26 that he was in need of a kidney transplant, he did the only thing he could think to do to raise the necessary funds for that procedure – he put himself front-and-center to the world with his signature style of music. For the past three years this young man from The Bronx has been operating as the hip-hop artist Rich Yung Zaya, offering a style with a Brooklyn Drill kind of sound. But his originality sets him apart from anyone else in the game today – something with takes center stage on his latest hit single “The Weed, The Dope.”

Currently available across all streaming platforms, “The Weed, The Dope” has a nice bounce to it that definitely makes listeners want to bop their heads. And Rich Yung Zaya rides the beat like a master of rap. His natural rasp brings a gravelly edge to the otherwise fun and upbeat vibe from the song, and plays an intriguing counter-point to the old-school Native American Courting Flute melody in the background. Zaya calls it a song that helps him get in front of the masses in new ways by serving as a showcase of his freestyle abilities.

“I had to go out of my comfort zone and tell people I have this need for a kidney transplant, and music was the way to do it,” Zaya said. “I’m unique in that I’ve been around the ghetto and grew up in the middle of all that, but I also went to college and have pursued other things than the street life. As a person I’m more laid back, but when I make music it can be any different kind of sound or vibe. None of my music sounds the same. All of my music is different across the board. And above all I have a story to tell with my kidney disease. I think all of those things make me an artist that a wide range of people can relate to.”

Though Zaya has been making music since he was 15, he never took it seriously until recently. His recent diagnosis with kidney disease is merely the most recent of many maladies he’s faced over the course of his young life. At birth the doctors told his mother that he wasn’t supposed to live past five months. At one month old his heart stopped due to asthma. He was incubated at 8 months old when his heart stopped again. When he was 9 years old a pit bull bit him on the leg, piercing so deep that his bone was exposed and severing one of his nerves. During his junior year of high school he had a seizure right in the middle of class, and it was discovered that he had Arnold Chiari Malformation – a condition that caused his cerebral and spinal fluids to mix, creating a chemically induced electric shock to his brain. He had to have brain surgery to fix the problem.

“I’ve slowly gone through life understanding that I’ve been put on this earth for a reason,” Zaya said. “At first it was about helping my mother and sister get out of the hood. We’ve been through hell – from sleeping in shelters with the roaches to still being stuck in poverty to this day. Music helped me get through it all. I plan on using my gifts to get me a kidney, and to help my family have a better life. And along the way I think I can inspire and relate with a lot of people.”

In addition to “The Weed, The Dope,” Zaya is releasing two mixtapes. The first is “Methods to Flossing,” followed soon after by “4 Days and 4 Nights.” Both should be released within the next couple of months.

To listen to Rich Yung Zaya’s music, or to follow him on social media, please visit the following links: