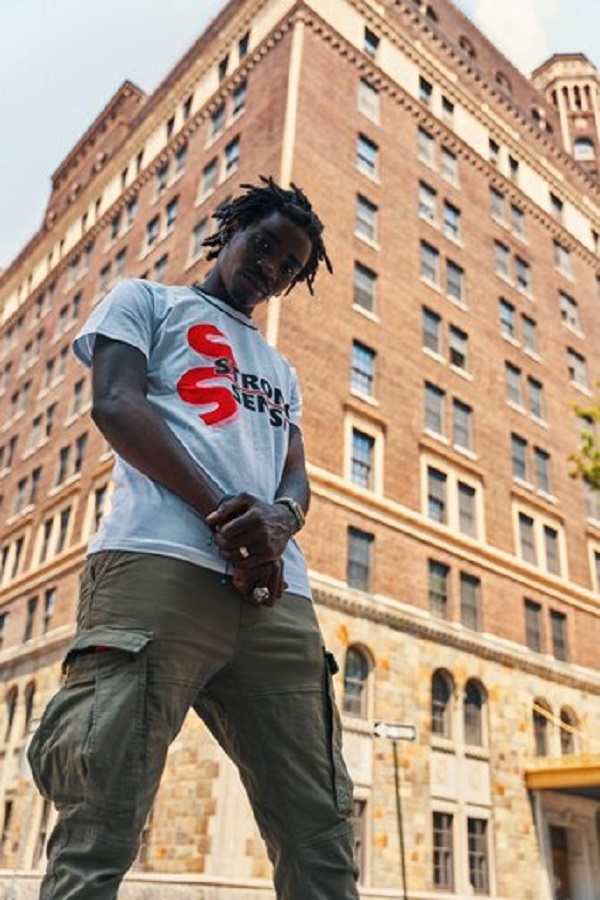 BROOKLYN, NY – Ricardo Bauzile – better known by his stage name Ricky B – is an intelligent, ambitious, confident young artist who originally hails from Port-au-Prince, Haiti. He learned at an early age that “to live, you got to survive,” and for years he’s lived by the mantra presented to him by Tupac – “Only the strong survive.” He’s using that mantra as the foundation for his unique brand of music and art. And he’s showcasing that originality on his latest hit single “Konpa.”

The song is a mixture of Island vibes with that Brooklyn Drill sound that Ricky B said is all about putting himself out there for the world to see. And as he presents himself, he also shines a light on Haiti and the culture of his home country. Paired with a laid-back video that shows a lot of character, the song is a perfect introduction to this colorful individual and his flashy artistic style and fashion-sense.

“It’s very beautiful,” he said. “I think it will be a step up for the Haitian culture and a good representation of that culture to an American audience. It’s not a song that over-does anything – in a sense it’s very calm and natural. But it’s also very colorful; especially the video. Fashion for me is a way of expressing myself – the way I dress matches my character. I’m very aware, self-focused and self-conscious. I do what I want, and I like to do things my own way. That’s what makes me happy, and this song is a way of celebrating that.”

In May 2011, before his 18th birthday, Ricky B migrated to New York, where he would attend and graduate both high school and college. He started to write songs in early 2017 after graduating college, and by 2018 he had launched his own clothing brand, Strong Sense. Eventually he launched his own record label and started releasing mixtapes in 2019. He hasn’t looked back since, and said rap is just one of many forms of expression that he hopes to become known for.

“Hip Hop has always been the best outlet for Black folks to both express themselves and capitalize on their intellectual properties,” Ricky B said. “The question is: Why wouldn’t I do this? Coming to this country, I really felt like an outsider. I didn’t speak the language and didn’t understand the culture. Haiti is my heritage. I knew what it was like there, but not in the U.S. But I kept remembering the Tupac quote, ‘Only the strong survive,’ and I embraced that mentality. As long as I’m strong, I will survive and get to where I want to go. That meant so much to me when I came to the U.S. and I have clung to that idea ever since. That’s why I created Strong Nation, and it’s what I’ll focus on with my new EP later this year.”

To listen to Ricky B’s music, or to follow him on social media, please visit the following links: