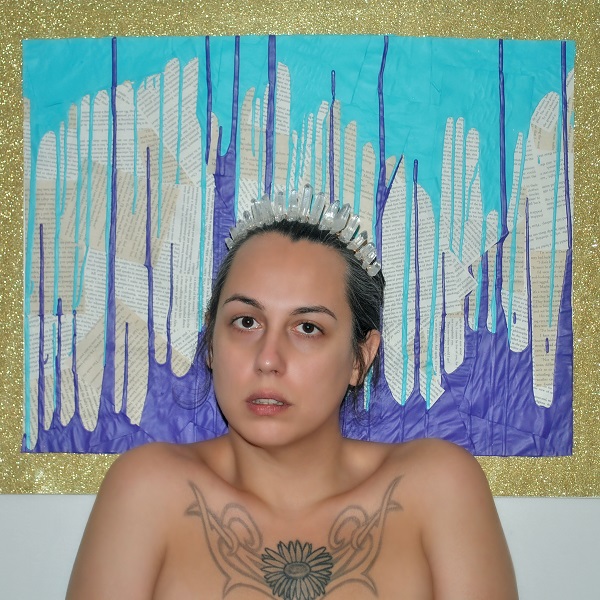 JACKSON, MI – The fascinating and fantastical life of Aleister Crowley is something that has been studied by fans of sub-culture all around the world for the better part of the last century. Known as an English occultist, ceremonial magician, poet, painter, novelist, mountaineer, suspected spy for British intelligence, and founder of the religion of Theleema; Crowley gained widespread notoriety during his lifetime for being a recreational drug experimenter, bisexual, and an individualist social critic. For people around the world who embrace the idea of counterculture, he has become somewhat of a hero to their cause.

That sentiment comes to the forefront on the new album “Goldie Dawn” from Michigan-based artist Rie Daisies. Inspired by the Hermetic Order of the Golden Dawn of which Crowley was a member, Rie Daisies’ album uses a “sexy/dark” vibe across nine songs to explore “Hollywood-type magic moments, including shape-shifting, sex magic, time travel, and sacrifice.”

“Crowley was once called the wickedest man in the world, and I’m using him as an allegory throughout the work,” Rie Daisies said. “As a trans-woman and first-generation Latinx American, living through the current times that we are, having been called many similar things, those words really resonated with me. I have this way of working with very macabre subject matters yet presenting them with a sense of seductiveness. That’s my eternal vibe. I’m inspired by the darker things in life, but I’m also inspired by sensuality and love and sex and those things. I wanted to fuse them together in a way that’s not too spooky and not too sexy, keeping it more approachable. If this album was a dinner party and the songs were the food, Aleister Crowley would be the centerpiece that you’re inadvertently staring at the whole time.”

The second single “EAC1012” is a perfect example of what Rie Daisies is talking about. Directly about Aleister Crowley – with some of the lyrics pulled directly from his works of poetry – the song takes an amalgamation of various sounds and styles to tell the story of Crowley’s life. With a foundation of a Trap beat, Rie Daisies incorporates an orchestra with full winds and horns section, and a cellist.

“It was a really fun track to do because it was the first time I had ever worked with a Trap beat, and I decided if we’re gonna do Trap then we’re bringing a friggin’ orchestra,” Rie Daisies said. “The musicians I worked with were so amazing. I just threw ideas at them and they ran with it. I’ve learned over the course of doing four albums that you have to put your ego in check. You have to know your strengths and weaknesses and when to find help to get the sound or style that you want. Then let people do what they’re good at and get out of the way.”

That humble approach toward collaboration also came to fruition on the debut single “A River Within” which features fellow artist Robbie Rosen, who was a previous finalist on American Idol. Usually known for her alto vocal range, Rie Daisies said she intentionally took the low harmonies in this duet with Rosen to bring about a “cool vocal changeup with the masculine voice singing higher and the female voice singing lower.”

“His voice is so dreamy and I knew he needed to take the high part,” Rie Daisies said. “That’s my sex magic song. It’s about having a very sensual experience with someone you don’t necessarily know. It’s about something that’s really deep and fulfilling and personal, even though the other person you’re with isn’t necessarily someone you love. It’s about finding your own personal power through an act of pleasure.”

To listen to Rie Daisies’ music or to follow her on social media, please visit: