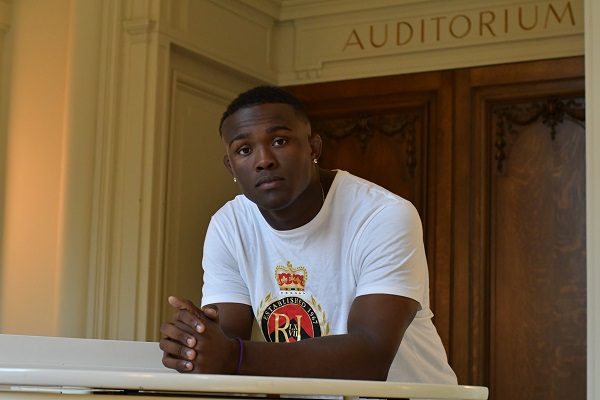 When a young Kris Jonathon was gifted an iPod, the first music he wanted to listen to was Soulja Boy – but his mom said no.

Instead, she said he could download any of the hundreds of songs she’d collected while working as a DJ. He finally gave her “old people music” a chance, and it wasn’t long before he was singing along with those Motown hits.

“From that point on I’ve had a huge connection with it,” he says. “I feel like Motown is a connection to my soul as well as my family. It’s how my first interest and love for music started. When it was time for me to start making music, it wasn’t that I was trying to sound like Motown, I think I wanted to exude my soul in the way Motown artists used to because that’s what I knew most.”

Now Jonathon, a native of Prince George’s County, Maryland, is a rising R&B and soul artist whose music has garnered well over a million streams on platforms like Spotify alone. His first EP, Honey Moon, was recorded in the closet of his college dorm room and then amassed more than 100,000 streams, inspiring him to keep going.

Last year, he released his biggest hit to date: the single “That’s All,” which already has nearly 900,000 plays. And he followed it up with two more EP’s and his latest release, “Rewind.” 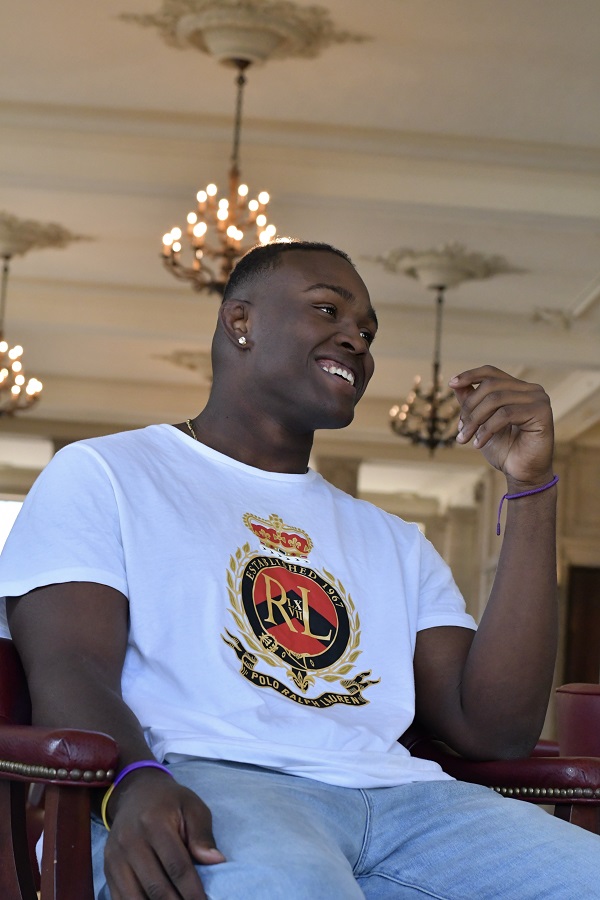 It hasn’t always been easy, though.

Jonathon taught himself piano at age 13 and started composing his own music a year later. But he was “terrified” to sing on his songs, thinking his voice was too deep and different from singers like Chris Brown and Bruno Mars. Again, his mother came through.

“She was like, the world needs to hear your voice,” he says. “That line will always stick with me. I don’t sound like Bruno Mars or Drake and I’m not high enough like Michael Jackson, but it’s my voice and it’s authentic. It’s different but it’s like my soul.”

His talent is on full display in “Rewind,” the latest single – and his first release of 2022. It’s a soulful take on past romance that soured, but Jonathon sings he’d do it all over again.

“Loving you is substance abuse,” he sings. “So what’s my excuse?”

That relationship, with a girl who “popped up out of nowhere” and had a mysterious vibe about her, got Jonathon out of some bad habits and helped him to settle down and focus on the valuable things in life. 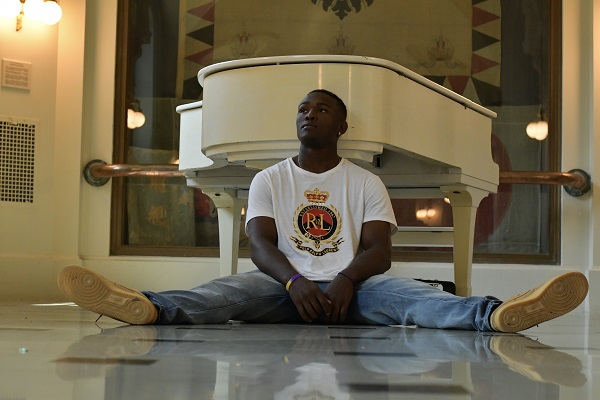 “I thought she was mature,” he says. “I showed her some of my music and she gave me some good advice for it. We helped each other a lot; it was a tough year for me and she was there for me. And then all of a sudden she just stopped talking to me.”

Turns out, she’d moved on to someone else. So Jonathon did the only thing he knew to do: sit down at the piano and play. The single that came from it is filled with somber piano, but it’s not a song about regret.

“I would go through it again because those memories I have with her are something I haven’t experienced before,” he says.

“Rewind” is a song that helped Jonathon come into himself, especially with his production style. He had a lot of doubts before finishing the project, but when it was done he sat back and said, “Whoa…”

“I just know I’ve got to keep making music so that’s what I’m going to do,” he says.

He predicts happier songs to come, but firmly believes he’ll write what needs to be written at the time – whether it’s love or heartbreak. Jonathon is also planning to release some covers soon.

Make sure to stay connected to Kris Jonathon on all platforms for new music, videos and social posts.