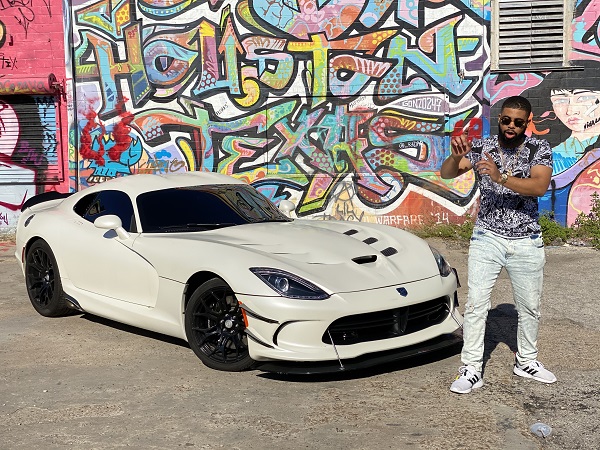 CHARLOTTE, NC – Bryson Adams – better known by his stage name RoyaltyPm – has just dropped a hot new EP that sets the right kind of vibe to get fans all over the world through the last days of summer.

Appropriately titled “Summer is Over,” this nine-track EP pairs melodic sounds with RoyaltyPm’s smooth voice for a radio-ready vibe that is sure to offer plenty of ear candy for listeners from a wide range of places. That’s because RoyaltyPm’s music explores a wide range of experiences from his life that are stories that connect with other people.

“A lot of stuff I speak on includes struggles and issues with my everyday life,” he said. “The vibe I’m going for with most of the music I make is to paint a vivid picture with my lyrics while still remaining sonically pleasing. I just want to be transparent and honest as possible while giving people something they can gravitate to and listen to in any setting.”

The debut single from the EP is a song called “Spend It All.” RoyaltyPm released the song earlier this year and has gotten rave reviews. The song explores the high-end trends of the world and the influence designers have on culture and behaviors. The music video for the song which was recently released on his YouTube channel, brings this idea to the forefront by having RoyaltyPm perform next to a Ferrari that’s parked in front of a heavily graffitied wall in Houston, Texas.

“It’s really vibrant, which is what the song is supposed to be,” RoyaltyPm said. “Basically, I’m saying I’m into designer things and all the nicer things – like nice cars and clothes. It’s up-tempo and upbeat because we’re trying to push that high-end vibe, and people have been really gravitating to that sound.”

RoyaltyPm describes his signature sound as a combination of three different styles. There’s his street sound and stories, then there’s his unique vocal abilities that takes listeners on a journey from low octaves to high, and then there’s his ability to rap. He takes the influences of his home in Charlotte, North Carolina as well as the influences from nearby Atlanta, and then adds his own signature sound to the mix for a truly one-of-a-kind offering of new music.

“There are people who rap but don’t sing good, or people who sing good but don’t rap good, or who rap good and sing good but don’t have anything real to say,” RoyaltyPm said. “I do all three. I’m eager for people to hear my music because they’ll get to a point where they know what to expect from me. My music is about creating a certain vibe. When you go somewhere – a party or whatever – I want to be the first guy you put on because I’m gonna set the tone. I want people to recall me without me having to put it in their faces… to remember my sound and to remember that I’m somebody they can relate to.”

To listen to RoyaltyPm’s music or to follow him on social media, please visit: