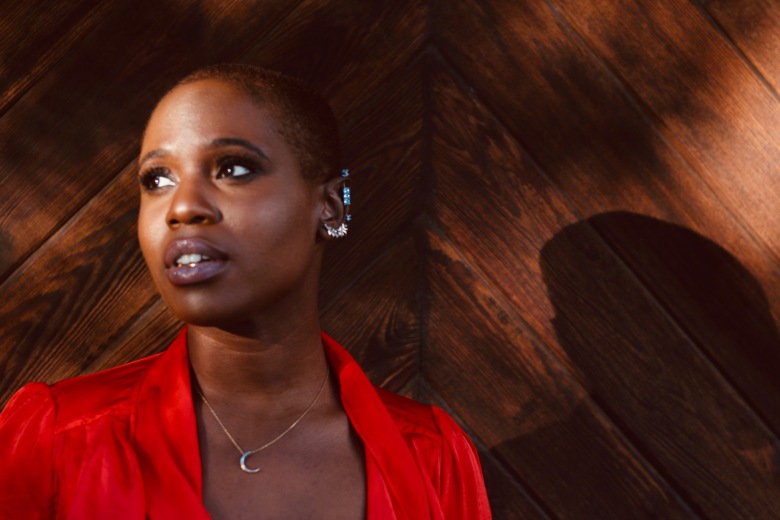 LOS ANGELES, CA – Silk Young may be the newest voice on the block, but she is no stranger to music. Born of Nigerian descent and raised in Houston, Young has always had a knack for singing and dancing. In fact, it was dancing that brought her to Los Angeles in 2018. As a professional choreographer, she was scouting for dancers for a few of her clients. Along the way, her natural love and talent for making music took over and she found herself longing to make more and more songs.

In her words, “the music ended up finding me.”

“I play flute, among other instruments, and I got into a studio with a producer who needed a flute on a couple of beats he had done,” she explains. “When we were done I asked him if he worked on artist development. Little did I know that I didn’t really need any development. I’ve had a natural knack for writing ever since I was a kid – which has prepared me for songwriting. So when he played me the beat that first day for what would become my first single ‘Daydream,’ I sat down and wrote the song in 30 minutes. We put down a demo version, and I just couldn’t stop. I was in the studio three times a week, and after two weeks we had 13 songs. He asked me if I wanted to do this for real – to make a career out of it – and I said, ‘Hell yeah!’ I feel like I’m making some of the best music I’ve ever heard over the last decade. The sound is so seasoned and refined and organic, all in one. You couldn’t even name one artist who, at such an early stage, has been able to produce such a unique sound. It’s ahead of its time, but it also takes you back to that good feel when there was good soul on the radio.”

Silk Young may have only just begun her musical journey, but her sound is already seasoned nearly to perfection. Her voice has a deep richness to it, reminiscent of Toni Braxton. And her rapping style has hints of Lauryn Hill and Erykah Badu. She brings a fresh take on R&B in a way that will open new lanes for today’s music. Her raw talent and easy vibe combine into one artist who will be hard to forget.

Her first single, “Day Dreams,” was released Feb. 12 and is already getting rave reviews. It has a nostalgic vibe to it, with sounds that throwback to late 80s and early 90s soul. The melody is simultaneously fresh and refreshing. True to her flute roots, the song has some jazz influences, with a strong bass-line throughout.

“it’s a song about that lover, current or ex, who you can’t get out of your head,” Young said. “It starts out as being a daydream, but it keeps you up at night – you’re always drifting off into thoughts about that person, and they’re always on your mind.”

Young follows that up with her second single, “Call Me,” released on March 1. It’s a funky new take on neo-soul, with vibes reminiscent of D’Angelo or Voodoo. Fans who hear this song will recognize that Silk Young is on a mission to carve out her own lane.

“There’s nothing like it on the airwaves right now,” she said. “It’s such a refreshing sound. Whether you’re an R&amp;B or a neo-soul lover, or a jazz lover, it’s gonna be a song that’s super nostalgic and will take you back – but with a fresh take on it. I’m carving out my own lane and trying to stay away from what’s current and going on in R&B right now. I’m creating my own space.”

Young will round out her trio of new releases with a third single called “Down To Ride,” sometime before the end of March. She said she’s also hard at work putting the finishing touches on a full album that she plans to drop by June.