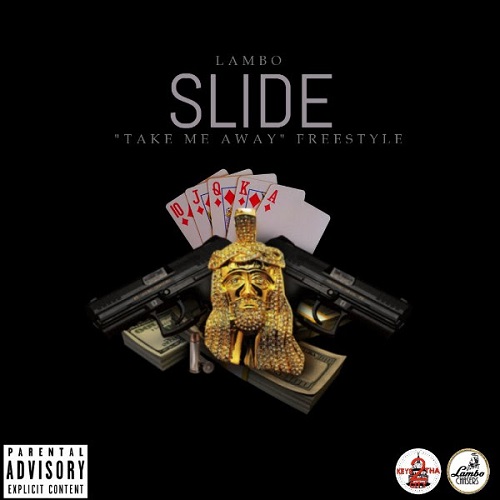 If you’re not already familiar with the name, Lambo Cheryl has been a major player behind the scenes of the DMV entertainment industry for years. Now it seems like this Lamborghini Chaser is stepping into a new lane.

Unexpectedly, a new LAMBOCHASERS vlog popped up on youtube and other social media outlets promoting a song from the marketing guru herself, and is scheduled to be released on Spinrilla, Spotify, Soundcloud, Youtube and Deezer. According to Spinrilla, “Slide”, a freestyle over a revamped version of the Shy Glizzy “Take Me Away” instrumental, will be available for streaming and download January 26, 2018.

Lambo Cheryl has not released any music before and has always ignored the constant pressure from her peers to do so. The teams focus has always been on LAMBOCHASERS artist Oso Corleone and former Label mate Black Fortune. For a long time rumors of Lambo’s lyrical abilities have floated around the industry. There are also rumors that Lambo has been ghost writing for years but like a true G, we haven’t been able to get a comment from her on the matter. What we do know is that we can expect her debut this Friday, and with the way we’ve seen LAMBOCHASERS operate in the past we can only assume we should be expecting more releases from Lambo quickly following this one.

Lambo Cheryl is a Hip Hop/Rap Artist and song writer from PG County, Maryland. If you’ve ever had a chance to meet her then you know why they call her Lambo. She’s Tiny, Supercharged, and real Low Key. Hence the phrase “Stay Low like a Lambo”. Lambo began writing at the young age of 7. Influenced by all types music, she comes from a very musical background. Her late uncle Jonah Ellis was a musician and songwriter. He wrote the classic hit single “Don’t Stop The Music” and other great hits that went on to be sampled by influential artist like Tupac Shakur and more. Her families entertainment resume is lengthy to include former members of Chuck Browns Band to working on newer projects like “Empire”. When asked why she finally decided to seriously pursue a career in music she answered, “To be honest, I’ve always had a career in music I just finally decided to drop something. One day in the studio someone told me its crazy how much I over think my music and that at the end of the day I’ll never know unless I drop something, so that’s why your gonna get to hear “Slide”…that’s when I finally made my mind up I guess”.